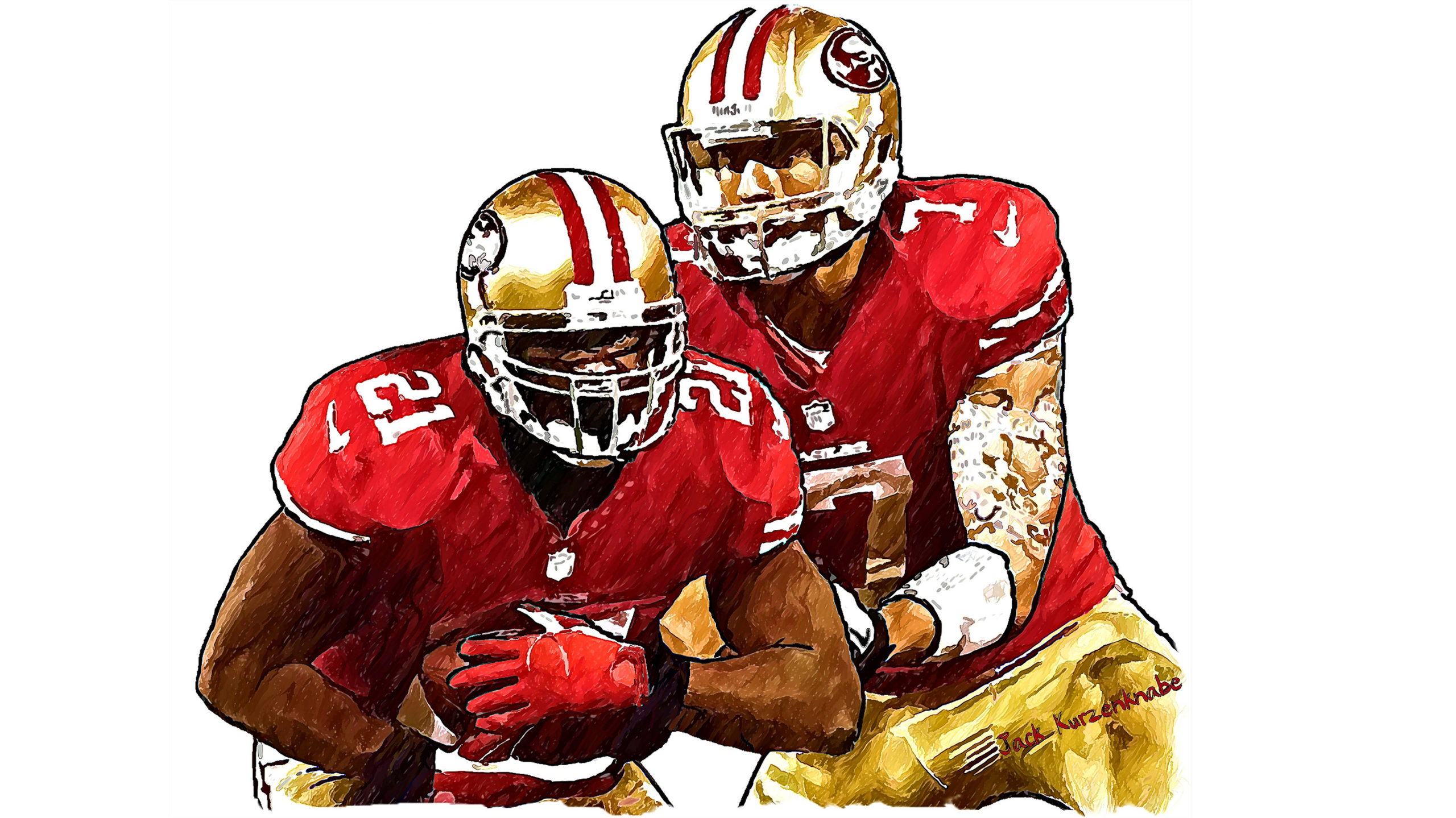 [This piece originally appeared on The Undefeated.]

Whenever a professional athlete speaks out against injustice and oppression, fans split between those who celebrate it as an act of courage and those who dismiss it as hypocrisy or posturing.

San Francisco 49ers quarterback Colin Kaepernick, who sat in protest during the playing of the national anthem in the exhibition game against the Green Bay Packers on Friday, is at the center of our current iteration of the debate about free speech and the place of politics in sports. In their statement following Friday’s game, the 49ers said: “In respecting such American principles as freedom of religion and freedom of expression, we recognize the right of an individual to choose to participate, or not, in our celebration of the national anthem.”

A long-standing supporter of the #BlackLivesMatter movement, Kaepernick was clear about his intentions and his willingness to face the consequences. “I am not going to stand up to show pride in a flag for a country that oppresses black people and people of color. To me, this is bigger than football and it would be selfish on my part to look the other way. There are bodies in the street and people getting paid leave and getting away with murder.”

Critics took to social media, tweeting sarcastic requests for prayers for Kaepernick paired with pictures of his mansion, estimates of his multimillion-dollar salary, and even mentions of his white adoptive parents as examples of his oppressive living conditions. Others have demanded the 49ers cut him and that he leave the United States and give up his citizenship. Racial slurs abound and a few bizarre tweets have even linked Kaepernick’s “un-American” behavior to the 9/11 hijackers.

Kaepernick’s supporters have clapped back with tweets completing the hashtag #ISupportKaepernickBecause: “The outrage over his action, while citizens are being killed in the streets, proves our priorities are a mess” and “real patriotism is caring enough to call out your country on its problems instead of mindlessly humming a song.”

One of the reasons the flag can be a polarizing national symbol is because, as with all symbols, its meaning is in the eye of the beholder. To those offended by Kaepernick’s protest, the flag represents the best of our American values and ideals. In contrast, Kaepernick sees the flag as a symbol of the U.S. government that he faults for being inactive and callous to the extrajudicial killings of black people by the police. Again, this is the very nature of symbols: What the flag stands for is not self-evident in its Stars and Stripes.

While the ritual of the anthem in sports culture usually (if superficially) unifies sports fans before dividing the arena into two competing sides, such protests reveal the much more complex and divisive racial and political fractures in the ways we see the flag and our place in our country.

Kaepernick’s protest brings to mind the NBA’s one-game suspension of Denver Nuggets’ Mahmoud Abdul-Rauf for sitting during the national anthem in 1996. Abdul-Rauf (formerly Chris Jackson before he converted to Islam and legally changed his name) was the first player to be punished in relation to conduct during the playing of the national anthem since the 1968 Olympic sprinters who had raised “black power” fists. For more than 60 games, Abdul-Rauf remained in the locker room while the anthem played before walking onto the court for the starting lineup with little fanfare.

In a courtside television report on March 12, 1996, Abdul-Rauf explained his long-standing protest as an act of his Muslim conscience, describing the U.S. flag as ‘‘a symbol of oppression, of tyranny, so it depends on how you look at it. I think this country has a long history of that. If you look at history, I don’t think you can argue the facts.’’ Later the same day, the NBA suspended Abdul-Rauf indefinitely without pay for being in violation of a clause in the league’s rule book that states: ‘‘Players, coaches and trainers are to stand and line up in a dignified posture along the sidelines or the foul line during the playing of the national anthem.’’

The players association disputed the suspension on the grounds that the rule ‘‘was not one agreed to in collective bargaining, but was imposed by the league unilaterally in an operations manual, without any input from the players.’’ The league countered by arguing that there is a standard clause in all player contracts stipulating league rules must be abided by. Abdul-Rauf remained firm in his conviction in face of the suspension and his critics: ‘‘My beliefs are more important than anything. If I have to give up basketball, I will.’’

Ultimately, the NBA agreed to let Abdul-Rauf pray for the oppressed during the anthem as long as he prayed standing up. That summer, the Nuggets traded him to the Sacramento Kings amidst fan protest, hate mail, and rumors of the loss of sponsors. As with Kaepernick, Abdul-Rauf’s critics were outraged that he was invoking oppression while making millions. Abdul-Rauf countered that as someone who had grown up with Tourette Syndrome, in abject poverty, he was morally obligated to advocate for those less fortunate. Abdul-Rauf maintains his career never recovered from the anthem controversy. In response to the inevitable comparisons of Abdul-Rauf to Kaepernick, the head of the NFL Players Association has said it will protect players’ rights and objects to the dehumanizing “shut up and play” criticism.

The most provocative reaction to Kaepernick has come from some white men, who have posted videos in which they burn his jersey, a gesture and a protected form of speech, but certainly one which could be read as a racial threat. The clips of the burning jersey evoke a scene that will always haunt me from a film I made about Abdul-Rauf, By the Dawn’s Early Light, in which his partially constructed, and uninhabited home in Gulfport, Mississippi, was burned to the ground in 2001, a few days after my camera crew had left. Abdul-Rauf found the letters “KKK” painted on the remains and the FBI investigated the arson as a hate crime, but no one was ever charged.

In time, perhaps, Abdul-Rauf and Kaepernick will be remembered as principled critics of their country who brought attention to the urgent social justice issues of their time. Watching one glowing tribute after another from celebrities, politicians, religious leaders, and journalists for Muhammad Ali during his televised funeral this summer praising the people’s champ for his courageous conscientious objection to the Vietnam War, it is hard to believe that he lost his title, was banned from competing, was vilified in sports journalism and was one of the most hated figures in the country.

Today, we remember Ali’s radical commitment to peace and global racial justice, which cost him millions of dollars at the peak of his career, as heroic, as the embodiment of patriotic dissent, even as quintessentially American. We must also remember that it is difficult, and even dangerous, to endure the backlash from bigoted critics even from the privileged position of celebrity.

Zareena Grewal is Associate Professor of American Studies, Religious Studies, & Ethnicity, Race and Migration at Yale University and Director for the Center for the Study of American Muslims at the Institute for Social Policy and Understanding. She is the author of Islam Is a Foreign Country: American Muslims and the Global Crisis of Authority (NYU Press, 2013). She also directed and produced the nationally broadcast documentary film By the Dawn’s Early Light: Chris Jackson’s Journey to Islam (2004).