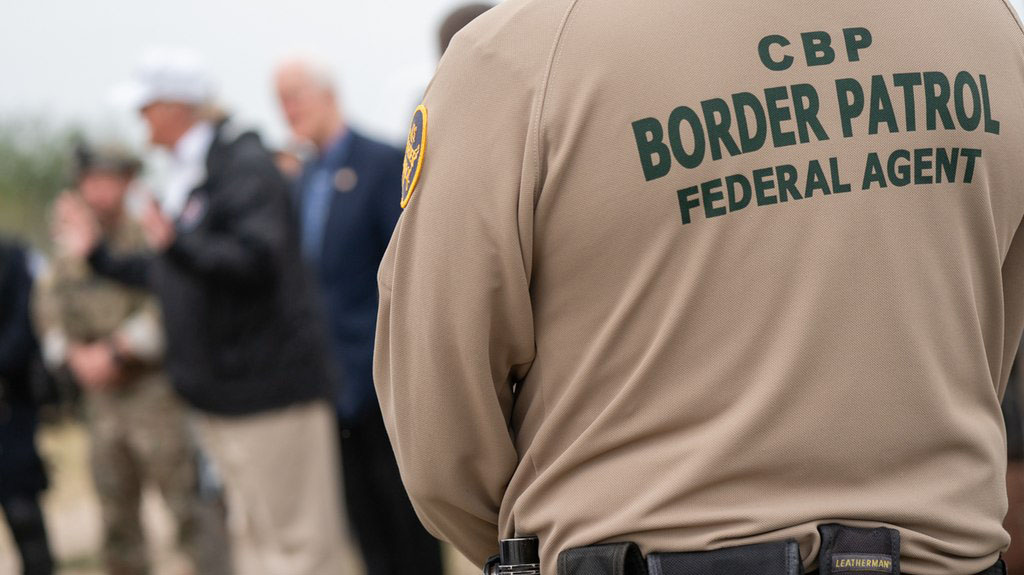 On May 19th of last year, Carlos Gregorio Hernandez Vasquez died of the flu while being held in a cell by Customs and Border Protection (CBP)  in south Texas.  He was just 16, a migrant from Guatemala.  Hours before his death, when his fever spiked to 103, a nurse suggested that he be checked again in a few hours and taken to the emergency room if he got any worse.  Instead, Carlos was moved to a cell and isolated.  By morning, he was dead.

Sadly, Carlos’s substandard medical treatment was not an isolated case. Between December 2018 and May 20 2019, five migrant children died while in federal custody. All of them were from Guatemala. Their deaths were not accidental. Rather, they died as a consequence of  harsh policies that are designed to deter immigration, in part, by making life itself precarious for migrants.

Since taking office, the Trump Administration has instituted a wide-ranging crackdown on immigration. A surprising number of the policies the Administration has instituted as part of that crackdown relate directly or indirectly to health. For example, in addition to providing inadequate treatment to sick migrants, CBP has refused to provide flu shots to detainees, despite the fact that influenza, like other infectious diseases, can spread rapidly in overcrowded detention facilities. In dismissing a CDC recommendation to provide the vaccines CBP cited the complexity of administering vaccines and the fact that most migrants spend less than 72 hours in its custody, before being transferred to other agencies, or returned to Mexico, explanations that lack credibility given how easy it is to administer flu vaccines.

The Administration has also targeted the health of immigrants who are lawfully present, for example, by promulgating new public charge rules (currently enjoined by several courts), which would create adverse  consequences for lawfully present non-citizens who enroll in public benefits, including Medicaid and food stamps, to which they are legally entitled. In addition, last summer the Administration tried to end medical deferred action, a policy that enabled critically ill immigrants to remain in the country for medical treatment. That policy was reinstated, at least for now, in the face of public backlash. But the Administration continues to pursue a range of policies that insist, in the words of Ken Cuccinnelli, Acting Director of U.S. Citizenship and Immigration Services, that immigrants must be able to “stand on their own two feet.”  These policies promote the view that citizens should not care about the health of newcomers.

Some commentators share Adam Serwer’s observation  that “cruelty is the point” of these policies. Leaving newcomers, and especially non-white newcomers, to suffer when they could easily be helped is one way that groups in control reinforce not only their power over others, but also solidarity within their own  group. In this instance, the in-group includes not only the Administration, but also its supporters.

The anti-immigrant health policies that contributed to Carlos’ death, and threaten the health of many more, offer a reminder that not all solidarity is morally praiseworthy.  Solidarity based on hate (or racial, ethnic or religious antipathy) is all too common, dangerous, and sadly, powerful.

Unfortunately, policies that target the health of newcomers may be uniquely effective at both deterring immigration and reinforcing such antipathy-based in-group solidarity.  Just as health is a critical part of our understanding of what it is to be human, so too is illness.  Supporting the health of others  gives us an opportunity to develop bonds of caring that transcend our narrowly defined groups.  Conversely, when we undermine the health of others or neglect their illness, blind to their suffering, we deny their humanity, reinforcing their “otherness”.  Thus, policies that target the health of migrants dehumanize them while helping to solidify the Administration’s base.

What the administration may not understand, or may not care to appreciate, is that policies that threaten the health of migrants inevitably threaten the health of all.  This is in part because there is no clear separation between non-citizens and citizens. True Carlos was in isolation – he was physically prevented from infecting others, reducing the likelihood of harm to citizens. Yet, around one-quarter of citizen children in the U.S. have an immigrant parent. Studies are already showing that the Administration’s anti-immigrant policies are impacting the health of these children.  Moreover, policies such as the public charge rule that seek to prevent non-citizens from enrolling in public benefits programs will inevitably jeopardize the health of all Americans. By reducing insurance coverage, the public charge rule will put new strains on hospitals and community health clinics, and reduce funding to address substance use disorders, as well as treatment for HIV and other STIs. Further, by making it more difficult for low wage health care workers to immigrate legally to the U.S., the public charge rule will make health care less affordable for everyone. Home health care and long-term care will be especially affected, as they rely on the low wage immigrants who will be barred from entering the country because under the public charge rule, or the President’s demand they have private health insurance.

The Administration’s immigration policies  hinge on the false assumption that health is privately determined, and that individuals are wholly responsible for their own health (they imply that Carlos got what he deserved, and those who are not self-sufficient in health should be kept out). The policies ignore the fact that health is the product not only of medical or personal factors,  but even more so, of a range of social factors that are beyond any one individual’s control.  Social determinants, such as poverty, racism and inequality, have an enormous impact on the health of all people.   Given the social dimension of health, we should look at it through a broad moral lens. As we discussed in our book, The Health of Newcomers: Immigration, Health Policy and the Case for Global Solidarity, the moral theory of structural injustice can help to identify the various institutions, laws, norms and individuals that play a causal role in health, and in turn,  what their responsibilities are for the health of others. Structural injustice shifts the focus from individual causation to social causation.  In our book we argued, contrary to the public charge rule as well as the Administration’s other health-focused immigration policies, that at the very least, we should provide the same health care to newcomers as we do to  citizens. Because the flu vaccine is standard care in the US, and it is sometimes available at no cost to patients, it should be administered to non-citizens, especially those who are in detention.

Fortunately, not all Americans are indifferent to the suffering of newcomers.  Late last year (December 2019)  a number of physicians and activists protested for 3 days at CBP headquarters in San Diego,  shouting “shame on you” and “no more deaths.”  They were offering to administer free vaccines, but CBP refused to allow them to do so. Admittedly, the protesters’ willingness to take a stand on behalf of the health of migrants reflects the ethical responsibilities of physicians to ensure access to medical care to all people, regardless of country of origin and to respect dignity and human rights. But by protesting, and taking a public stance, they are helping to change moral and social norms and underscoring the responsibilities we all have to all people.  Hopefully, others will listen before it is too late and before more people die from cruel, inhumane and pointless deaths.

This post is also available on Bill of Health, the blog of the Petrie-Flom Center 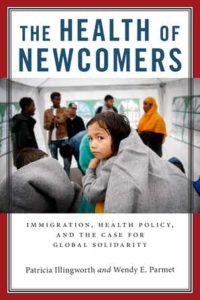 Patricia Illingworth is Professor in the Department of Philosophy and in the D’Amore-McKim College of Business Administration at Northeastern University, where she is also Lecturer in Law. She is the author of AIDS and the Good Society, Trusting Medicine: The Moral Costs of Managed Care, and Us Before Me: Ethics and Social Capital for Global Well-Being. She also blogs for the Huffington Post. Wendy E. Parmet is George J. and Kathleen Waters Matthews Distinguished Professor of Law and Professor of Public Policy and Urban Affairs at Northeastern University, where she directs the program on Health Policy & Law. She is the author of Populations, Public Health, and the Law. They are the authors of The Health of Newcomers: Immigration, Health Policy, and the Case for Global Solidarity, available from NYU Press.