New York City is a multispecies metropolis – a place where millions of humans, animals and plants co-mingle and co-exist. Although pigeons and rats are the most iconic of urban animals, New York is home to over 230 species of bees that play a vital role in the local urban ecology. Since their migration from Europe in colonial times, honeybees have always lived throughout the five boroughs with or without the aid of humans, but our insect neighbors have never really been on our radar until now. 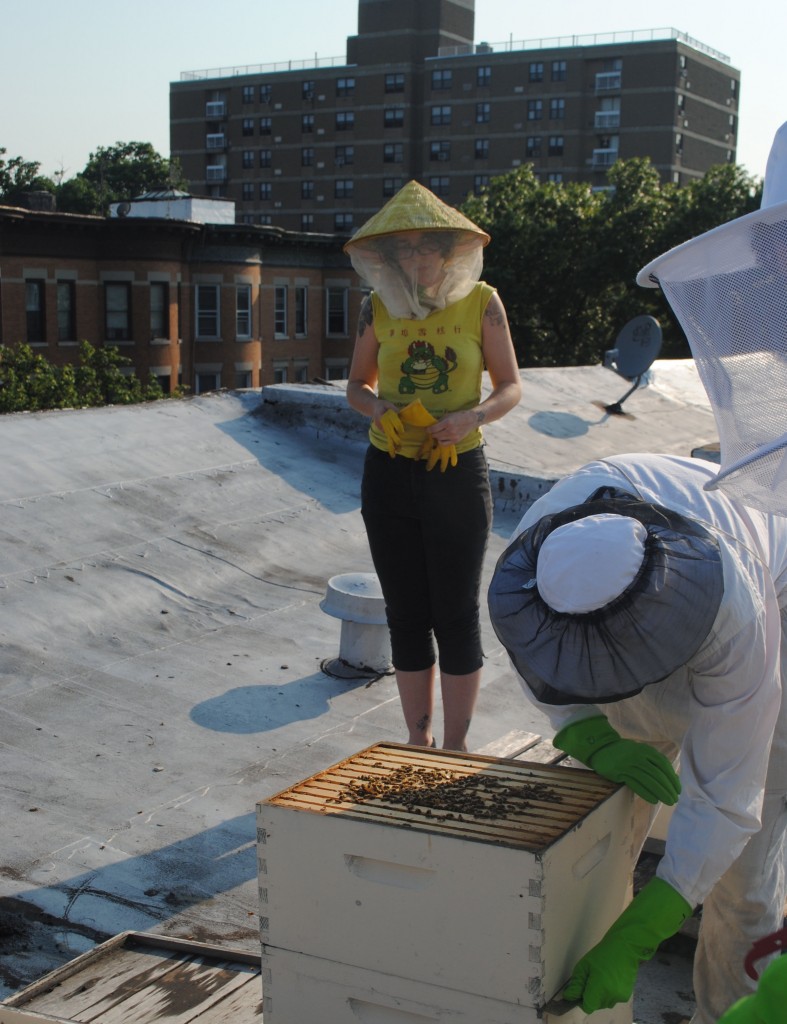 In the wake of Colony Collapse Disorder (CCD) the syndrome responsible for the disappearance of 50% of the bee population in 2012, we are beginning to understand our vital connection to bees. Bees are a species we rely on; their pollination makes our contemporary diets possible, and their honey, venom and pollen are revered for holistic nutrition and alternative health treatments. They are literally a part of our bodies, and we tend to describe their behaviors in anthropocentric terms – insects that become too much like us.

Honeybees are a green mascot and a cause celebre, melding well with urban farming and green architectural initiatives. As a recent article in the New York Times reported, beehives are being cultivated on rooftops in the city’s most prestigious locales, including Bryant Park, Chelsea and the Whitney Museum of Art on the Upper East Side. Even though some people are fearful or skeptical of living near a colony, many would likely agree that these industrious insects should be protected and even welcomed to rooftops, backyards, parks and farms. The honeybee has a new cultural status – it is officially an urban animal.

In the process of conducting a three-year multispecies ethnography in New York City amidst bees and their human caretakers, we were witness to tens of thousands of bees who challenged our senses and caught our attention. They buzzed, swirled, dive-bombed and stung. Like the beekeepers we interviewed who worked closely with their hives, we were often captivated while in their space. Being in the presence of bees challenged our taken for granted assumptions about the ways in which we consider nonhuman animals, and how it is so easy to slip into descriptions that perpetuate distinctions between nature and culture.  Best intentions notwithstanding, as humans we tend to think that we can save or fix ecological problems (that we created) through technology and other interventions. This is a perfect case of human exceptionalism.

Even though it takes a great deal of human effort to establish a hive and cultivate healthy bees, we must recognize that bees are also working alongside us to create commonly shared worlds. The generative capacity of bees – they pollinate New York City – must not be eclipsed by human-centric discussions of what we as a species are making possible for them.

5 thoughts on “The bees of NYC”