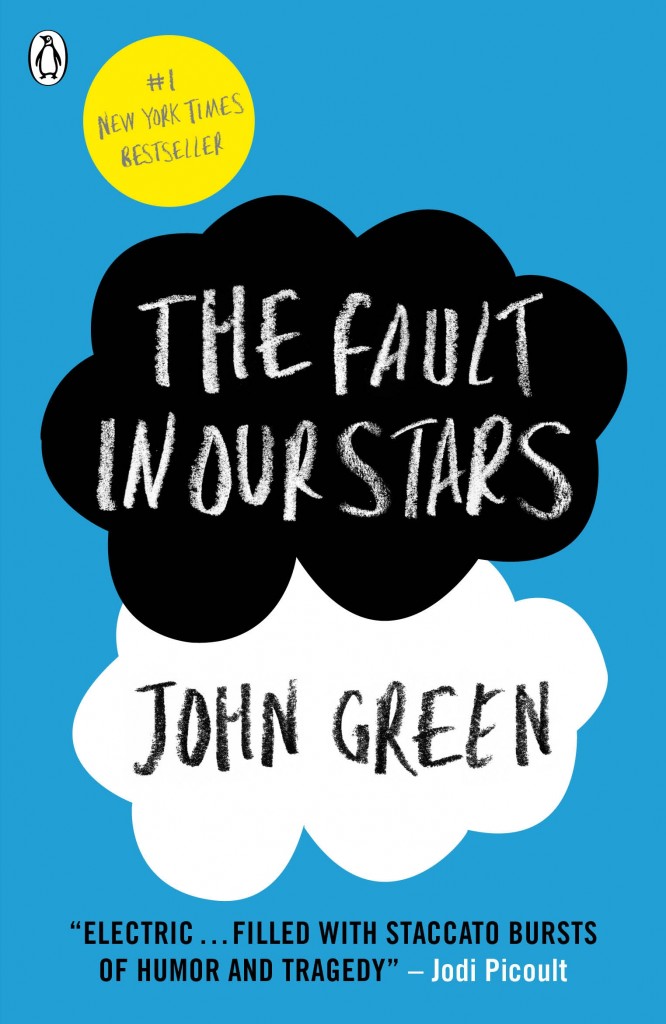 One fine morning in Amsterdam, Hazel Grace Lancaster, the protagonist of The Fault in Our Stars, sports a tee shirt emblazoned with Magritte’s most famous painting. It reads, “Ceci n’est pas une pipe” (This is not a pipe) under a painting of… a pipe. The point of the painting is that it is not a pipe, but rather, a representation of a pipe. A signifier. A treacherous fake.

Yet sometimes we insist that we see a pipe. In the same way, The Fault in Our Stars is not a group of teenagers with cancer; it is a representation of teenagers with cancer. We are enraptured by it because it signifies suffering but it is not the real thing, giving us a vicarious “fantasy of witnessing” tragedy. We insist that we are seeing heartbreak.

The film’s blockbuster success stems from many sources: the popularity of the novel; the rising power of teenage girls at the box office; our cultural fascination with death; and the fact that it is genuinely a strong film. However, except for a significant kerfuffle over a kiss in the Anne Frank house, the role of religion in the film has gone unremarked—particularly when it is religion on the fuzzy line between what we call “religious” and “secular.”

John Green, the author of the book on which the film is based, was a religion and English major at Kenyon College. Before becoming a writer, he served as a hospital chaplain and considered a career in ministry. Perhaps this is one reason why his luminescent book is filled with existential fear and a refusal to meet the terror of theodicy with empty platitudes. Here, teens with cancer meet in the “literal heart of Jesus” for a support group at a local church. Hazel is not comforted by this 12-step two-step, but she also recognizes the Sisyphean task of the group’s peppy leader, Patrick. Elsewhere, Hazel’s father asks who we are to deny an elegant universe its desire to be noticed.

This is what I find so profound about the book, its inspirations, and its afterlife. Religion no longer happens only in formal institutional spaces (and it probably never did). In the hallways of hospitals, in our visceral reaction as characters high on a movie screen ponder ultimate questions—in the act of sitting in that dark theater itself—religion is happening. So is memory.

Augustus Waters wants to be noticed before he dies. At first, by the universe: to live an exceptional life. He and Hazel know this cannot be. They know they are finite; they never declare “always,” as some other lovers do, but rather, “okay.”

We all want to be noticed by the universe. This is why we yelp into our virtual superaddressee: the echoing expanse of Facebook and Twitter. We are all writing our own eulogies and those of our friends, day by day, good words and bad words and sublime and despairing logics (and the Kardashians, alas) all spun together. And it is here that we address the dead in plaintive tones. In the book, a grieving Hazel reads the memorial posts on Augustus’ “wall page.” She is both horrified by and empathetic towards the endless tributes. Giving in to temptation, she replies to one post, but is never answered, “lost in the blizzard of new posts.”

Hazel finds the term “forever in our hearts” especially galling.  Skeptical of memory, she mimics the poster’s intentions: “‘You will live forever in my memory, because I will live forever! I AM YOUR GOD NOW, DEAD BOY! I OWN YOU!’ Thinking you won’t die is yet another side effect of dying.” Hazel sees through memory’s ruse: we think our power to remember and to recover memories is how we resurrect those who are lost—and that has theological implications. To possess one’s own fellow creature through memory is godlike… but we are mortals.

What happens to our memories of love and of suffering, here in the twenty-first century?

Green answers us with both dark infinitude and a leap of faith. He became a parent while writing the book, and says this changed it. When Hazel is eight, her mother fears that she will not be a mother anymore without her daughter. Years later, she moves past that into a brazen, stark resilience. She tells Hazel that she will always be her mother. Green has said, “I just could think of no other way to lay bare the absolute hideousness of living in a world where parents have to bury their children … Humans have always lived in that world, and always will.”

And yet, he also writes: “I couldn’t write the book until I understood that the love between a parent and child (like many other kinds of love) is literally stronger than death: As long as either person survives, the relationship survives.”

John Green wants to have his existential cake, and eat it, too. Maybe that’s not the worst idea ever.

Jodi Eichler-Levine is Associate Professor of Religious Studies at the University of Wisconsin, Oshkosh. She holds a joint appointment with the Women’s Studies Program. She is the author of Suffer the Little Children: Uses of the Past in Jewish and African American Children’s Literature (NYU Press, 2013).