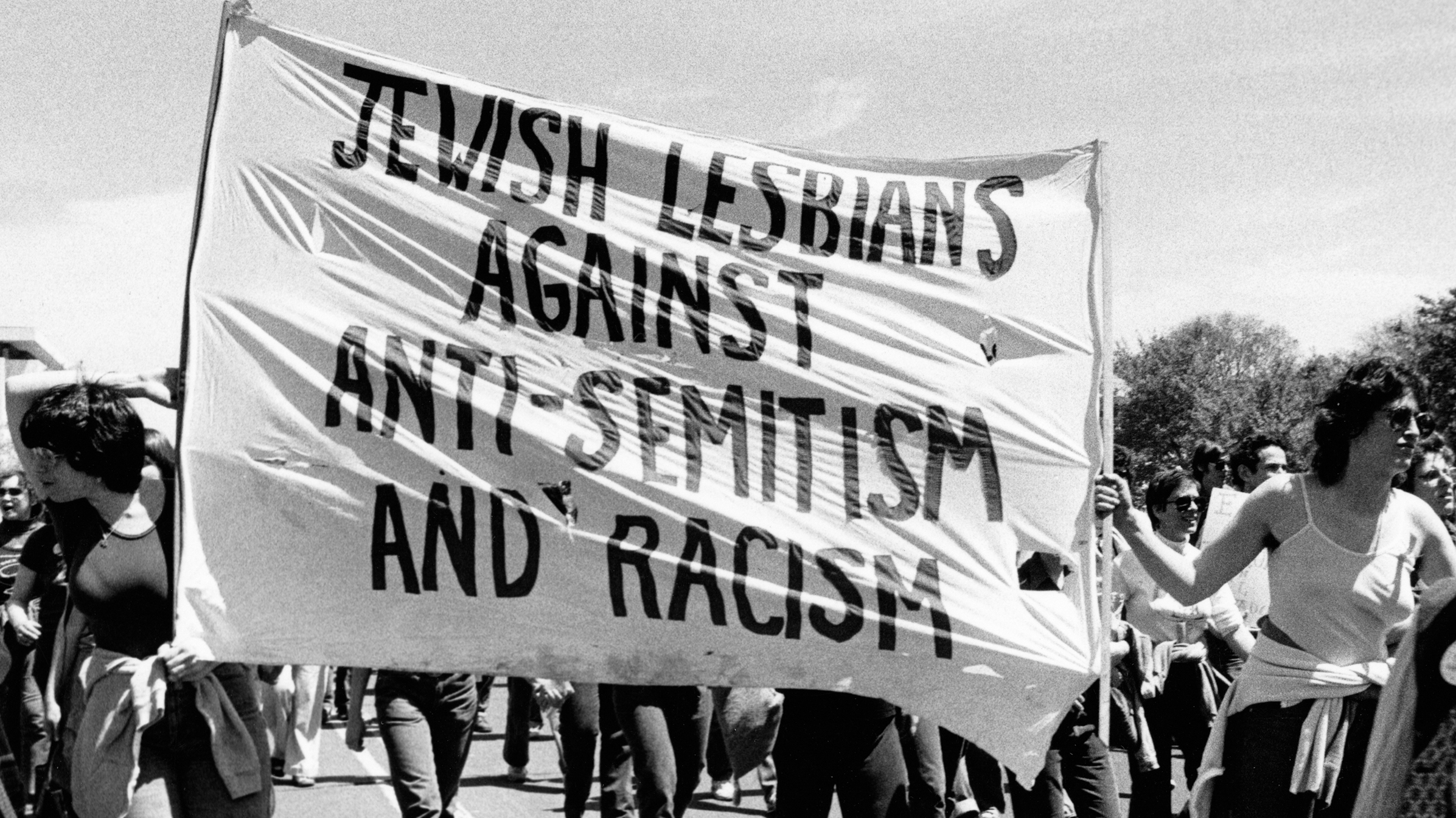 Reposted with permission from The ProsenPeople.

Jewish women were a prominent presence in the radical wing of the feminist movement of the 1960s, 70s, and 80s—only no one knew it. Participants in this fiery and transformative movement known as women’s liberation talked about every aspect of social and sexual life as they raised consciousness together; but in some women’s groups, although many members were Jewish, there was one subject they never addressed—their Jewish backgrounds. “We never talked about it,” said Naomi Weisstein of Chicago’s West Side Group, the first women’s liberation group in the country. Neither did historians.

In good part, this omission was due to the fact that Jewish women participated in the movement not as Jews—as members of an ethnic minority—but as universalists promoting a common sisterhood. “Why would we identify ourselves as Jews when we wanted to promote a vision of internationalism and interfaith and interracial solidarity? asks Vivian Rothstein, another West Side member.

My interviews with dozens of pioneer women’s liberationists reveal that Jewish backgrounds and Judaism’s ethical imperatives played a major part in shaping Jewish women’s feminist activism. The women grew up in Reform, Conservative, Reconstructionist, and even Orthodox congregations, attending synagogues, Hebrew school classes, Jewish summer camps and community centers. Others went to Yiddish shules. They were inspired by parents, other relatives, and immigrant ancestors (including Socialist and Communist Party members). Family and community members’ direct experience and historical memories of the Holocaust deeply affected them.

Within a few years, other Jewish women, more openly identified with Jewish religion and culture, began to rebel against inequities in Jewish life. In 1972, a religious women’s study group, Ezrat Nashim, disrupted the Annual Meeting of the Rabbinical Assembly with demands for more equal treatment of women. Assertively Jewish, they opened the door to a new kind of identity politics. Other Jewish-identified feminists challenged assimilation, asserting the need for Jewish women to proclaim their distinctiveness rather than trying to “pass.” For some women alienated from their pasts and interested in exploring woman/woman relationships, lesbianism became a channel into a deepening Jewishness; becoming visible as both Jews and as lesbians were linked processes. Although efforts to meld feminist ideas with Jewish identities could entail considerable struggle, Jewish feminists successfully brought feminism to the Jewish mainstream and Jewish feminism to the Left.

The complex identities of both Jewish women’s liberationists and identified Jewish feminists should be recognized as important parts of the histories of feminism and Judaism. Today, when the politics of identity are frequently derided as diversionary or labeled deleterious groupthink, the legacy of these pioneering feminists is instructive. Their contributions show that activism rooted in ethnic or faith traditions can instigate broad-based social change. Rather than fragmentation, these women’s politics embody goals shared within and across social groups.

The Jewish legacy that helped to spur these women’s activism was a product of the universalism embedded in the Jewish credo, an ethos that regarded Jewish values as universal truths and positive social norms. In its concern for ethical values and consciousness of human commonalities, this Jewish vision harmonized well with the pluralist politics of the 1960s and 70s. In the social movements of those decades, Jewish participants projected the racial liberalism of colorblindness and empathy toward the oppressed, values that their families had taught them and which found roots in Jewish thought and experiences.

The revolutions started by women’s liberationists and Jewish feminists provided a touchstone for the next generations’ attempts to come to grips with the sometimes-confounding elements of their own Jewish identities. Connections to roots provided powerful incentives for social action. So inspired, the women created change for the entire world.

Joyce Antler is the Samuel J. Lane Professor Emerita of American Jewish History and Culture and Professor Emerita of Women’s, Gender, and Sexuality Studies at Brandeis University. She is the author of  Jewish Radical Feminism: Voices from the Women’s Liberation Movement, forthcoming from NYU Press. She is also the author of You Never Call! You Never Write! A History of the Jewish Mother (2007) and The Journey Home: How Jewish Women Shaped Modern America (1997) and is the author or editor of many other books on American Jewish history and women’s history.