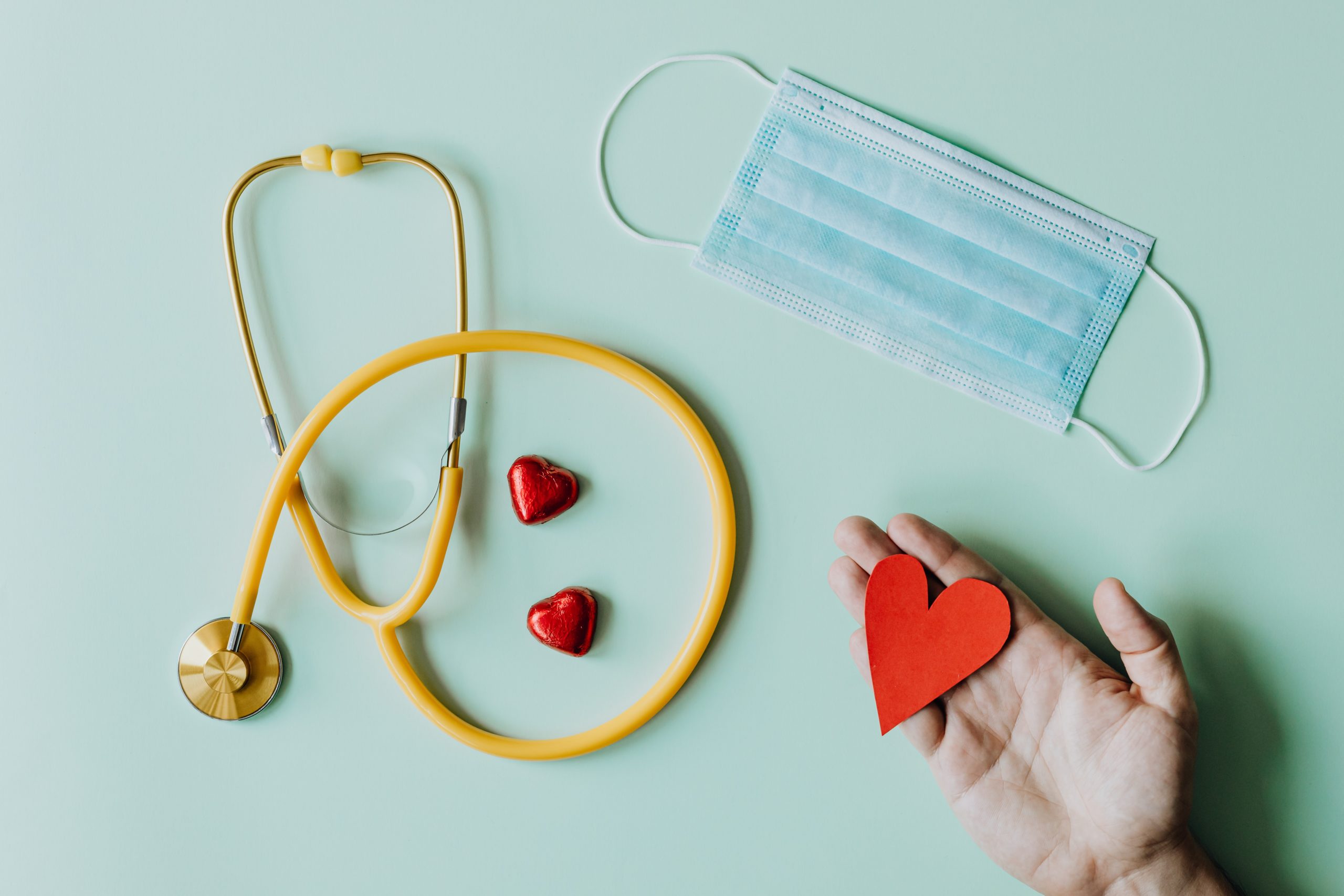 A new year is beginning. I am determined to have the US turn a new corner against the pandemic. Because disease never stands apart from our bodies, it is defined with and through white supremacist and capitalist/misogynist toxic individualism.  It is why Black and Brown people are dying at more than 3X the rate of whites and why women of all colors have suffered job loss, new layers of emotional and caring labor, and too often domestic abuse.

So, in order to get control of the Covid pandemic, white supremacy and its cohort racist misogyny and its toxic individualism must be abolished. The vaccine will not be enough.  And yet, the Covid rhetoric chooses age as the decipherable risk factor as though aged bodies do not have a sexual and racial history. But people over 75 are disproportionately white. So, as people are dying, who are we obligated to save first?

Some random and not so random thoughts:

Covid demands that we see and confront death.  Again, Baldwin: “It seems to me that one ought to rejoice in the fact of death—ought to decide indeed, to earn one’s death by confronting with passion the conundrum of life…but white Americans do not believe in death, and this is why the darkness of my skin so intimidates them”.

—Covid is the perfect impetus for an anti-racist communism—one which embraces the full nexus of humanity. It proves the difficult truth that we are what Karl Marx called species beings—we only know ourselves fully when we see our connections to others.  Covid is a historical nightmare that I will call a communal disease—it infects anyone and they may not know, so each individual can impact the whole, knowingly or not.  This means any individual has the power to inflict pain, or wellness for the whole.  All for one, and one for all.  To cure the whole, each individual person must be seen and loved. There is no individual life without our connections to humanity, and with it the planet.

So, we must share vaccines fairly and justly among ourselves and with the globe and the globe with us to heal us all.  And individuals must defer their doubts about vaccination and take part to protect and heal all of us. Selfishness and profits cannot be the guide.

—I am feeling heartbroken and lonely for my darling daughter Sarah.  It is the holiday. She is in Miami—of all places, ruined by DeSantis and Trump while people infect each other with abandon.  Meanwhile doctors and nurses suffer the impact of this.  Beloved Sarah is a community/public health doctor.  She works out of a mobile health clinic seeing uninsured and undocumented people. She helped houseless Covid people find housing and care with her medical students. She was not on the priority list for a vaccine—that was saved for hospital affiliated doctors and nurses. The vaccine fiasco is repeated throughout the country.

I was infuriated when Pence got vaccinated, as though that would mobilize people to want to do so themselves. I guess this is what  propaganda looks like.  People, like me/us are asked to forget that Pence has exacerbated the pandemic.  He walks around without a mask, says Covid is no worry, and then protects himself and his wife first.  Please!!!

The roll-out of the vaccine is as compromised as the entire lack of response to Covid was to begin with. There is no vision of collectivity.  There is no commitment to a public health that includes the most vulnerable and essential, alongside incarcerated people. By the way, Seoul, South Korea which had a successful response to the early pandemic has recently suffered a terrible new outbreak that started in a prison, via staff.  There is nowhere to hide from this pandemic.

We, the big, huge, inclusive we are in this catastrophe together.  This is not to ignore the incredible inequities that exist—racist, misogynist, capitalist, ableist, etc. that define our health with all kinds of environmental degradations that invade our bodies. The “together” so-to-speak is not egalitarian, but it is real none the less. There is no re-creation of a life with freedom of choices without a global, universal plan to vaccinate all of us and protect the planet too.

—There is so much death—too much death with over 340 thousand in the US dead.  Yet, our country does not seem to be grieving enough.  There are few publicized obituaries; little talk of the dead; almost no photographic coverage of the dying; no recognition that we are no longer in a crisis but a tsunami. How is it possible that so many appear un-deterred? inured by it? untouched by it? Is this the effect of being a warrior nation? That the US wars in Afghanistan and Iraq and Syria have distanced too many of us—especially white people—from the real consequences of death.

Black and Brown people live closer to death either from environmental racist diseases, or the barrel of a police man’s gun. They have little choice but to live with more courage.

Eddie Glaude asks us to begin again with Baldwin in mind. “We must tell the truth till we can no longer bear it.”  I am ready.  Bryan Stevenson asks us to learn and see and feel the lynchings and incarceration and murderous deeds as part of one horrific slog through history. I am ready.

“Bear Witness to the truth” when the biggest lie that is covered and hidden is that white lives matter more, than Black lives matter. The lie that keeps being covered over: the innocence of white privilege.  It is like Germans saying that they did not know.  If they did not know they did not want to know.  So, think more about the comparison of the atrocity of Nazism and the concentration camps and the similarities to chattel slavery.

—I feel both overfull with love and friendship and camaraderie, and also lonely for a world I want to live in this Covid time.  I am missing my Sarah and Lunan and friends terribly as I abide the collective responsibility to not travel.

Sarah and I were both broken hearted when I cancelled my flight to Miami made months ago at the behest of the public health plea for people to stay home. BUT millions ignored the plea and flew anyway. If Covid can teach us anything it has to be that we need a robust public commitment to the health of us all, especially those most injured by inequities in our country. Why else are Cuba, Kerala, Kenya, and Vietnam doing so much better than we are with the virus?

Trump has been a colossal failure but our rampant individualism will be the death of us yet. #KeralaCommunism. #CovidCamaraderie Oh and did I mention that Dr. Sarah decided to spend the day I was to arrive—at Planned Parenthood doing abortions. #ReproductiveJustice. #SexualHealth4All

—White people are allowed more individualism than people of color. Blacks and LatinX, and Asians experience the racism that disallows being seen as an individual and instead being dismissed as a member of a group. So it is disproportionately white people that bear the responsibility of capitalist individualism and its selfishness—not wearing masks, not social distancing, traveling that spreads Covid in its deadly pattern.

It is important to see the past, and not as an ending, but as how it remains present, and it is in this presence that I am culpable. Baldwin demands accountability by whites for “willful blindness”.  Shatter my innocence and what do I see.

I have spent most of my life as part of anti-racist and feminist social struggle.  My parents were communists and my sisters and me were too—what else are children of communists to do? We picketed Woolworth’s and found much of our youth defined by the civil rights struggles of the day.  It helped to be brave—against the police on horseback or the bullies at school.  Being brave is much more liberating than fear.

So life and death and the civil rights struggles for and by and with Black people have always been messily mixed up and with each other for me.  My mother Fannie Price Eisenstein was a communist starting in her youth.  The well known film, The Way We Were with Barbara Streisand and Robert Redford was based on her radical story when she was at Cornell University and founded  the first chapter of the Young Communist League while there.  She was poor and on total scholarship.

When she was diagnosed with breast cancer in my 1st year of college—1964—we all thought she would die.  Back then cancer meant death more than it does today.  We lived in Atlanta Georgia, and my dad taught at the Black graduate center, Atlanta University.  Mom asked Dr. Yancey, a Black surgeon and her friend and comrade in the civil rights movement to do her surgery. He said he could not operate in the White hospital.  So mom had her surgery done in the Black hospital. I think it was called Grady hospital then. Her FBI file says she was Black; Black hospital, Black woman.

—Baldwin says that if I am scared to death, to walk towards it. So, I am walking. Embracing.  He says whiteness is a choice—choose differently and make it matter. So, yes, here I am with the new year beginning.

I am 72 years old, so these next years of struggle are not about me.  It is about all the people I spectacularly love like Sarah and Lunan and Rebecca, and Leah, and Meredith, and Nia, and Aishah and Tamura, and Uma, and Brittney.

Covid has put the challenge in the bold. This next life MUST be communal—caring about each one of us and the planet. There can be no other choice.

So, finally, let us make the future red—it is time to carve a communal life that sees each one of us devoid of white supremacist individualist misogyny. This is the only true way to survive Covid and bring spring.

Photo by Karolina Grabowska from Pexels

One thought on “The Future has to be anti-racist, feminist and RED—Covid Says So”