As we celebrate Earth Day this month, we’re revisiting books that speak to the many issues threatening our natural environment. Explore the books below to learn more about water scarcity, environmental racism, the changes occurring in urban spaces, and other important topics. Through the end of April, get each of these as an eBook for just $1.99!

*offer good through April 30, 2020, only available through US retailers 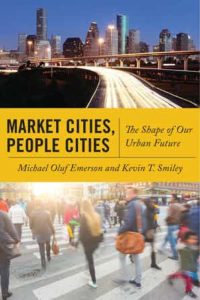 The Shape of Our Urban Future

Michael Oluf Emerson and Kevin T. Smiley argue that western cities have diverged into two specific and different types: market cities and people cities. Market cities are focused on wealth, jobs, individualism, and economic opportunities. People cities are more egalitarian, with government investment in infrastructure and an active civil society. Analyzing the practices and policies of cities with two separate foci, markets or people, has substantial implications both for everyday residents and future urban planning and city development.

“Market Cities, People Cities completely changes our vocabulary about how cities evolve. Michael O. Emerson and Kevin T. Smiley give urban decision makers a new way to understand their cities and shape their policies to create the kind of city that is right for their city’s residents.” —William Fulton, author of Talk City: A Chronicle of Political Life in an All-American Town 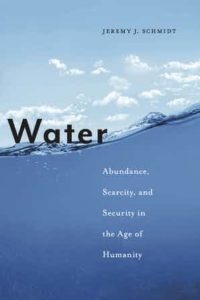 Water details the remarkable intellectual history of America’s water management philosophy. It shows how this philosophy shaped early twentieth-century conservation in the United States, influenced American international development programs, and ultimately shaped programs of global governance that today connect water resources to the Earth system. Schmidt demonstrates how the ways we think about water reflect specific public and societal values, and illuminates the process by which the American approach to water management came to dominate the global conversation about water. 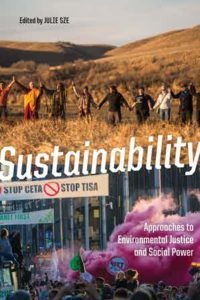 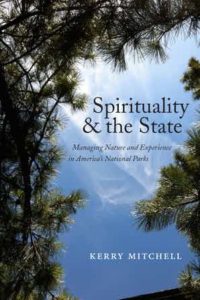 Spirituality and the State

America’s national parks are some of the most powerful, beautiful, and inspiring spots on the earth. They are often considered “spiritual” places in which one can connect to oneself and to nature. But it takes a lot of work to make nature appear natural. To maintain the apparently pristine landscapes of our parks, the National Park Service must engage in traffic management, landscape design, crowd-diffusing techniques, viewpoint construction, behavioral management, and more—and to preserve the “spiritual” experience of the park, they have to keep this labor invisible.

“Mitchell seeks to unmask this politics of spirituality so that park users can engage in critical reflection and assume the responsibilities of informed citizenship… Citizens with an interest in public lands management should read this book.” —Reading Religion 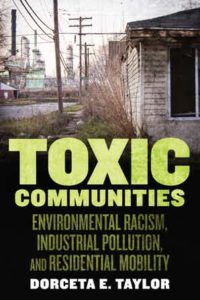 From St. Louis to New Orleans, from Baltimore to Oklahoma City, there are poor and minority neighborhoods so beset by pollution that just living in them can be hazardous to your health. Due to entrenched segregation, zoning ordinances that privilege wealthier communities, or because businesses have found the ‘paths of least resistance,’ there are many hazardous waste and toxic facilities in these communities, leading residents to experience health and wellness problems on top of the race and class discrimination most already experience. Taking stock of the recent environmental justice scholarship, Toxic Communities examines the connections among residential segregation, zoning, and exposure to environmental hazards. 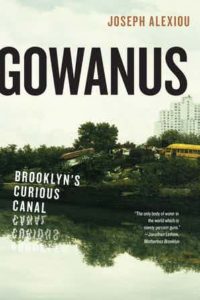 For more than 150 years, Brooklyn’s Gowanus Canal has been called a cesspool, an industrial dumping ground, and a blemish on the face of the populous borough—as well as one of the most important waterways in the history of New York harbor. Yet its true origins, man-made character, and importance to the city have been largely forgotten. As he details, the pollution, crime, and industry associated with the Gowanus stretch back far earlier than the twentieth century, and helped define the culture and unique character of this celebrated borough. The story of the Gowanus, like Brooklyn itself, is a tale of ambition and neglect, bursts of creative energy, and an inimitable character that has captured the imaginations of city-lovers around the world.

“This is a loving and skillfully rendered portrait of an important and oddly charming part of New York.” —New York Times Book Review 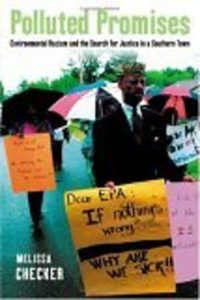 Environmental Racism and the Search for Justice in a Southern Town

Over the past two decades, environmental racism has become the rallying cry for many communities as they discover the contaminations of toxic chemicals and industrial waste in their own backyards. Living next door to factories and industrial sites for years, the people in these communities often have record health problems and debilitating medical conditions. Melissa Checker tells the story of one such neighborhood, Hyde Park, in Augusta, Georgia, and the tenacious activism of its two hundred African American families. This community, at one time surrounded by nine polluting industries, is struggling to make their voices heard and their community safe again. Polluted Promises shows that even in the post-civil rights era, race and class are still key factors in determining the politics of pollution. 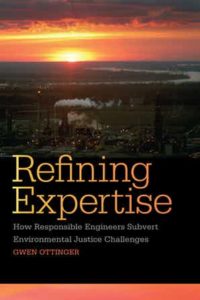 This work drives home the need for both activists and politically engaged scholars to reconfigure their own activities in response, in order to advance community health and robust scientific knowledge about it.

“Who has authority? Specifically, what makes people experts, with the authority to speak on scientific topics? In this descriptive ‘contribution to our collective understanding,’ Ottinger (Univ. of Washington-Bothell; coeditor, with B. Cohen, Technoscience and Environmental Justice) relates the experiences of concerned citizens in New Sarpy, Louisiana, who felt that their health was being adversely impacted by a nearby oil refinery….Overall, Ottinger advocates support for the ‘democratization of science,’ i.e., opening technical issues to public dialogue.” —CHOICE 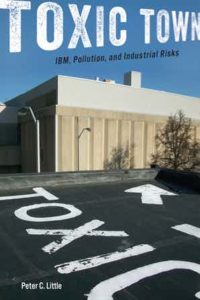 “This carefully crafted ethnographic account affirms the deep and adverse footprint of market-based industrial production on contemporary human lives and communities. By exploring the personal experience of exposure to the toxic risk produced by irresponsible corporate actions in a contaminated community, Little tells the occupational and environment story of our times: deindustrialization has left behind doubly damaged communities but helped to spark hope-affirming grassroots activism. This book makes clear the contributions of anthropology to the framing of a political ecological theory of human-environmental relations.” —Merrill Singer, University of Connecticut at Storrs