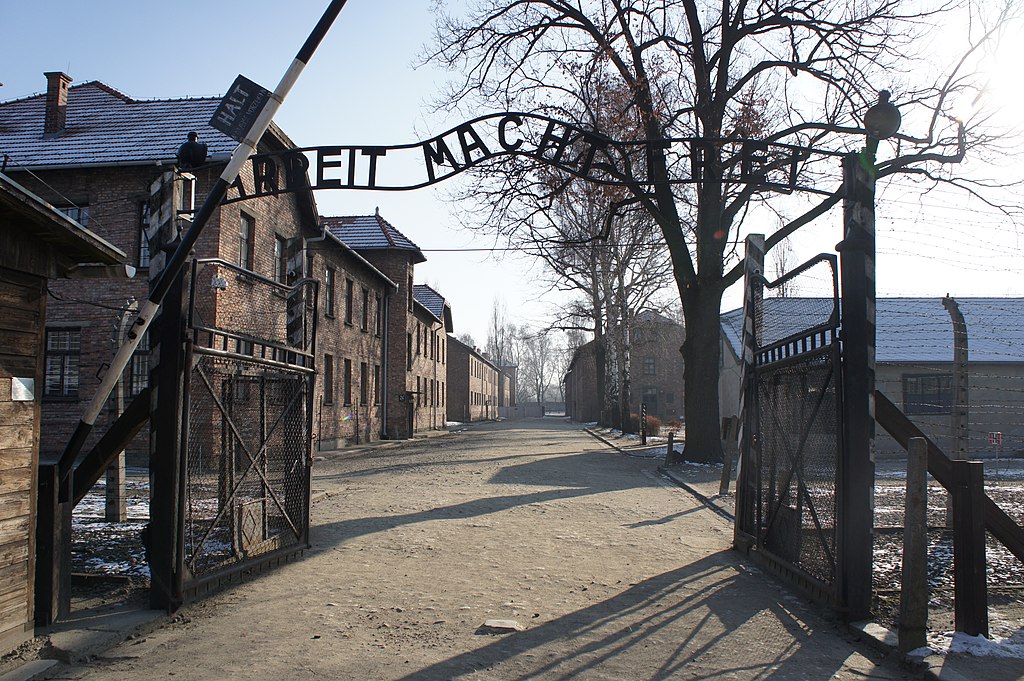 International Holocaust Remembrance Day falls on January 27th, the date when, in 1945, the Red Army liberated Auschwitz, where more than one million Jews and hundreds of thousands of others, among them Roma, political enemies, and Soviet POWs, had been murdered. The date implores us not only to commemorate, but to take responsibility for what we do with that memory.  Sadly, every year also offers reminders that we have work to do.

Among the many disturbing images of the insurrection at the US Capitol on January 6th was that of a man wearing a “Camp Auschwitz” sweatshirt. Garbed in this despicable distortion of a souvenir, this man invoked the Holocaust as an antisemitic rallying cry for resentful, violent white supremacists.

Memory, both personal and public, carries a risk of distortion, or worse, abuse. Even eyewitness testimony by survivors can be imperfect and incomplete. Collectively, we need to remember that millions of Jewish victims were murdered not in the camps, but in cities, villages, and in the fields and forests Eastern Europe. Auschwitz, for all its notoriety, is but a part of the crimes that have become known as the Holocaust.

The goal of Holocaust remembrance must be to ensure that willful abuses of memory are recognized by a majority for exactly what they are. That can only happen through education and a willingness to learn. Sadly, recent surveys have suggested that too many are ill informed about the Nazis’ so-called “Final Solution.”

Rather than resign to pessimism, it is important to note that the work of remembrance has borne fruit. Without wishing to sound an unduly congratulatory note, even this wretched invocation of Auschwitz on a sweatshirt is evidence of a notoriety this name did not always have. After the war, Auschwitz did not have the same import to American ears as Dachau or Buchenwald, camps that US forces liberated. That the name Auschwitz has become a synecdoche for the Holocaust is both a testimony to the value of remembrance, and to the work that remains.

One of the most powerful encounters with Holocaust history comes from visiting memorial sites where the atrocities occurred. I can’t help wondering, if this individual had ever visited the Auschwitz-Birkenau Memorial and Museum, would he still have worn that sweatshirt? There is no way to know, but most visitors attest to the value of their experience and urge others to make the journey. Travel to remote locations to bear witness to the traces of atrocity are a vital form of memory work, holding an implicit promise of authenticity (a notion that itself requires ongoing scrutiny), even if the history they exhibit must remain highly mediated. Holocaust tourism works in concert with survivor testimony, historical research and artistic representation to shape the project of remembrance. Its role will become even more meaningful as we near the day when the remaining eyewitnesses will have passed away. When they do, the work of remembrance will remain an obligation not only to the victims, but to ourselves as we struggle to become a just democracy. 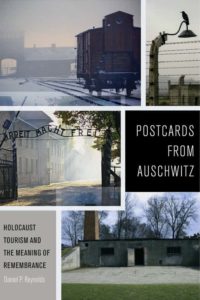 Daniel P. Reynolds is Seth Richards Professor in Modern Languages in the German Department at Grinnell College, Iowa. His book Postcards from Auschwitz:Holocaust Tourism and the Meaning of Remembrance is now available in paperback from NYU Press.