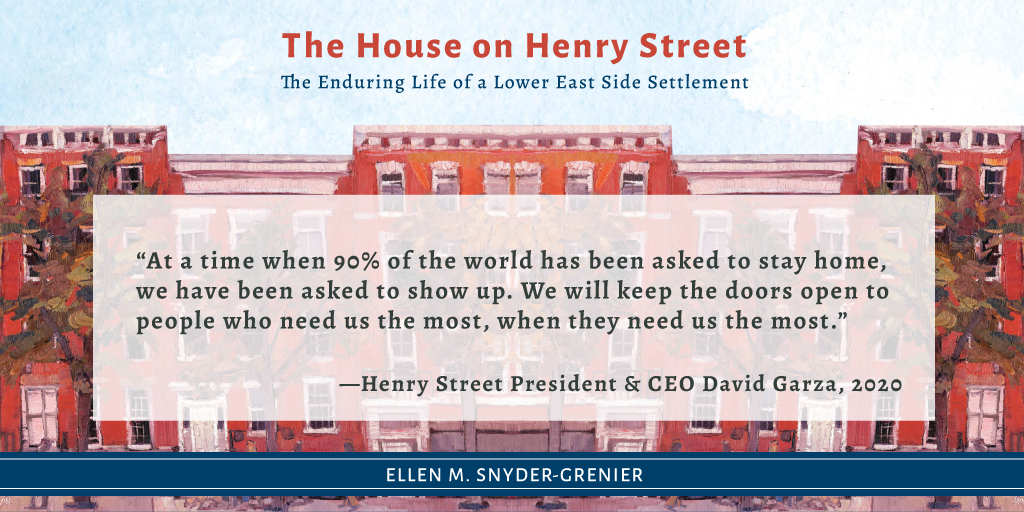 In 1893, 26-year-old nurse Lillian Wald rushed through the gritty streets of an impoverished Lower East Side, led by a young girl to the tenement home where her sick mother lay hemorrhaging after childbirth, abandoned by her doctor because she could not pay his fee. That year, the country was in the throes of the worst economic depression it had ever experienced, with 70,000 unemployed and 20,000 homeless in New York City alone. Wald’s walk, and the scene that met her in the girl’s squalid tenement, led her to create Henry Street Settlement.

Shaken by her walk through the Lower East Side’s poverty-stricken streets and the tragic scene at the end of it, Wald decided that the only way to relieve her overwhelming sense of hopelessness was to take action. She created Henry Street Settlement: responding with compassion, energy, and hope to a community in desperate need.

Today on the Lower East Side—where one half of Henry Street’s neighbors are income insecure, one-third of low-income households are at risk of homelessness, almost one-third of adults live below the poverty line, and systemic racism has led to people of color suffering disproportionately from the pandemic—the coronavirus crisis brings into relief something of what Wald must have felt: a sense of crushing need and a burning desire to do something about it.

Henry Street’s nimble, expansive response to crisis has grown directly out of the services it has built in response to poverty, racism, inequality, and community needs over the last 127 years. Guided by Lillian Wald’s blueprint for action and social justice, the House on Henry Street is now, more than ever, not just a place but an idea—the idea that neighbors matter, that in times of need we should act, that as a city and a nation, we need to care for one another. Whether in 1893 or today, it is a story for our times.