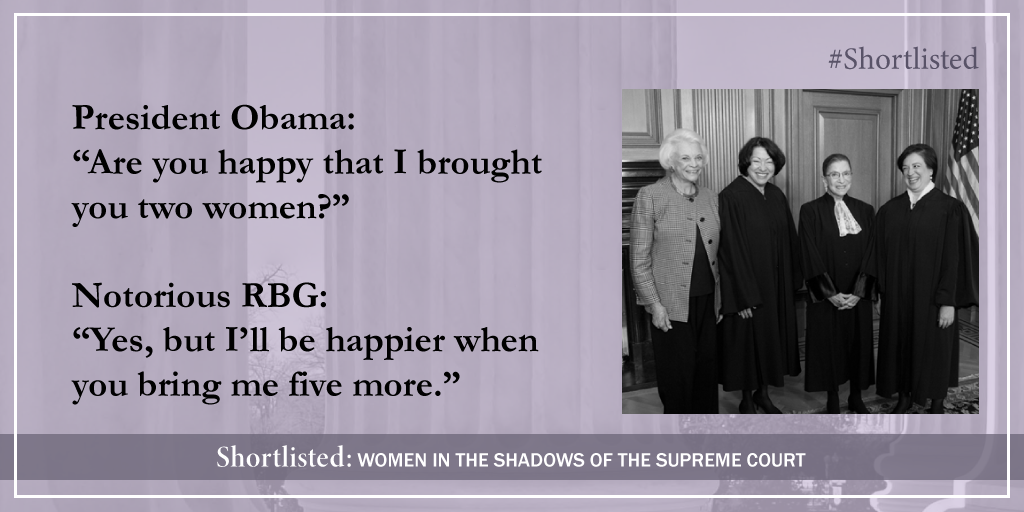 Ruth Bader Ginsburg will be remembered for so many reasons. She leaves behind a profound legacy that reflects the many complex parts of her identity as a woman, activist, lawyer, judge, mother, and wife. It has been a humbling few days during which we have read with great interest the stories that have poured in from those who knew her personally or have been impacted by her work. Our grief over her death is still ever-present and will be for a long while. But the political process being what it is gives us little time to mourn. In remembering this extraordinary woman, we should also contemplate carefully the decision that comes next with the selection of a nominee to fill the vacancy created by her death.

Ginsburg was only the second woman in the history of our nation to be moved off of a presidential shortlist and onto the Supreme Court. This places her among a cohort of just four women who have served in this capacity in the history of this nation. Her path to the Court was facilitated in part by a structural reform implemented by President Carter and his creation of judicial nominating commissions, which allowed for a new crop of diverse jurists to be elevated.  Ginsburg herself declared in 2015 that she would be satisfied when the Supreme Court was comprised of nine women. It is unlikely that we will ever reach that particular end, and we might even debate whether it is a desirable one. However, there is no question that we should take the opportunity afforded by this vacancy to continue to take steps to diversify the bench. We unequivocally want and need more women to be selected to serve on the Supreme Court.

Despite the dismal number of women who have been selected to date, many do not know that women have been placed on presidential shortlists dating all the way back to the 1930’s. Before Sandra Day O’Connor became the first female Supreme Court Justice, appointed by President Reagan in 1981 as part of his campaign promise, a total of nine women had been previously shortlisted starting with Florence Allen who was considered by Presidents Hoover, Roosevelt, and Truman. Through the research for our book Shortlisted: Women in the Shadows of the Supreme Court, we have learned that these nine women, while all exceptionally well-qualified (they attended top law schools and had impressive professional credentials), had vastly different political ideologies. We believe that despite the vastly divergent perspectives these women held, their appointment to the Court would have dramatically altered the course of history, just as Ruth Bader Ginsburg’s appointment did. 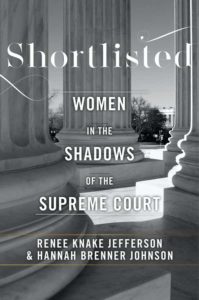 Renee Knake Jefferson is Professor of Law and holds the Joanne and Larry Doherty Chair in Legal Ethics at the University of Houston Law Center. Hannah Brenner Johnson is Vice Dean for Academic and Student Affairs and Associate Professor of Law at California Western School of Law in San Diego. They are the authors of Shortlisted: Women in the Shadows of the Supreme Court, available from NYU Press.