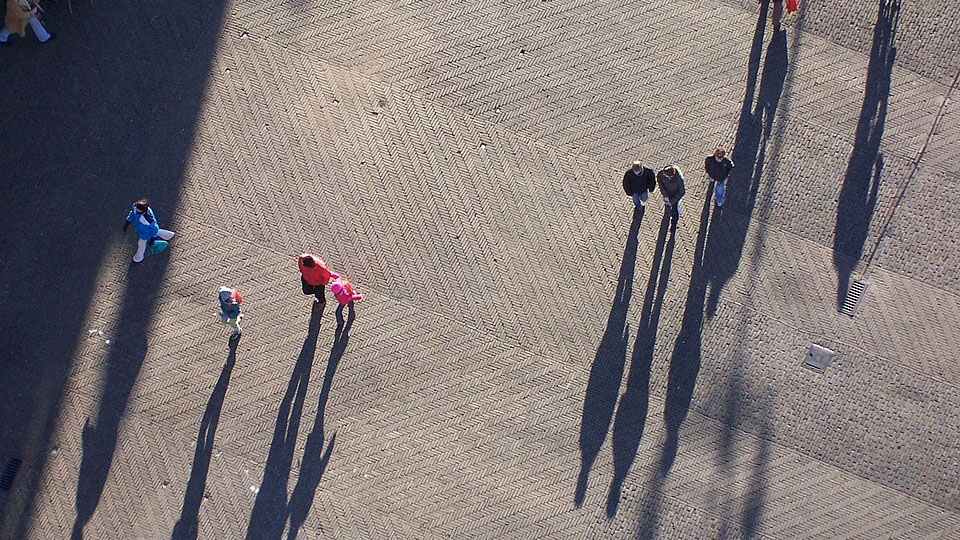 Every semester I begin my Media and Political Violence course with a game: Who’s a terrorist? Before students even have a chance to introduce themselves to one another I tell the room of 40 undergraduates to answer aloud, either “Yes” or “No,” to the images that flash across the screen. Some faces they’ve never seen, some are recognizable, but all have been called a terrorist at one point. Some answers are muted, some loud. Some images are met by a cacophony of “Yes” and “No” while others are punctuated by a clear “YES!” The image that elicits one of the strongest and most unified responses is one depicting the KKK marching in Tulsa, Oklahoma in 1923.

The point of this awkward exercise is to have students begin to think about the politics and pitfalls of this powerful label. In the US context, it has largely been reserved for Muslims, Arabs, and other people of color. This is a structural issue. Violence against people of color by white perpetrators, like the 2015 Charleston Church massacre, have not been prosecuted as acts of terrorism; government reports, such as a 2009 Department of Homeland Security study, that implicate white Americans in terror are met with outrage and indignation (more recent studies have even been withheld from the public); and branches of law enforcement dealing with white supremacist threats continue to be underfunded.

The tragedies in El Paso and Gilroy have spurred demands that US government and security institutions (as well as American political culture more generally) change course and apply the label of terrorist to white supremacists. The El Paso shooting, by most competing definitions, illustrates a textbook case of terrorism. The killer explicitly targeted Mexicans and published a political manifesto which warned of a “Hispanic invasion”—the theme of replacement or invasion is common in white supremacist screeds.

Calling white supremacists terrorists is not unprecedented in American history. In 1857, the New York Times commented on “the terrorism exercised by the fanatical believers in Slavery.” More recently, the 2012 Sikh Temple shooting was deemed an act of domestic terror. But scattered and piecemeal efforts have had little effect, their focus selective. Thus, the demands today are for institutional recognition. A call to redirect the war machine. Yet, there are reasons to be wary.

The language of terror is amnesiac. As existential threats terrorists have no history. This presents a problem for meaningfully dealing with the long history of racist violence in America. Masha Gessen has argued that labelling the Charleston Church shooter a terrorist “others” him, excises him from the community, and, thus, prevents us from truly understanding violence. This is because the language of terrorism, in its current usage, serves the state. That is, it is a designation that marks one as being against the state and the community it represents. Thus, the danger of marking a white supremacist as terrorist lies in its exculpatory function, in its ability to absolve the rest of us. If we are not careful, it threatens to induce an amnesia about the role of white supremacist violence in much of American history.

The outrage over the 2009 DHS report was driven by the insinuation that white military veterans constitute an existential threat to America. There is something important in this reaction. Under the veneer of patriotism lies an admission that white supremacy is not anathema to America. (Afterall, the image that elicits such a strong “Yes” from my class features, front and center, a Klansman waving an American flag.) Instead, it is a foundational principle that has survived efforts against it, one now interwoven into the structure of US counterterrorism.

US efforts to combat terror at home have by and large focused on actors and movements that seek to challenge the status quo rather than those who aim to preserve it (as much as what is being preserved is a myth). In the American context, after jihadists (and the unequal effects this has on America’s Muslim and Arab communities), this translates into a focus on the left rather than the racist far-right, despite the vast difference in number of incidents and cumulative death toll. This includes the vilification of radical environmentalists as eco-terrorists (despite never killing anyone) and of communities of color protesting police killings through the FBI-created category of “black identity extremism.”

As such, using El Paso to expand the reach of counterterror may only provide cover for the growth of this unequal system, as Kelly Hayes notes. Already, pundits are using the Dayton shooting to push forward an effort to label Antifa as terrorist, based on the perpetrator’s scattered tweets and likes. Unlike in El Paso, however, the Dayton perpetrator left no manifesto and his targets were not aligned with the groups that Antifa confronts.

After debating the notion of terrorism for a semester I ask my students if we ought to stop using it altogether. A few years ago, one student of color answered, “No.” When asked to elaborate she asserted that we need a term to mark a form of violence that is “next level shit.” The violence experienced by America’s minorities at the hands of white supremacists undoubtedly fits this description. Yet, a deep part of the issue we are facing today is that we are stuck in a way of thinking that equates terror with what matters most. The harm suffered by those in acts officially deemed terror is not insignificant and white supremacist violence is certainly an issue of the upmost urgency. But, before expanding or attempting to redirect the counterterror war machine, we ought to consider the limits of using the language of terror to redress a form of violence that has for so long been integral to maintaining the status quo. This fact is only brought closer to the surface by a President and other elected officials who actively court, incite, align themselves with, or are white supremacists. Ultimately, recalibrating institutions to address white supremacist violence in any meaningful way requires more than a label. 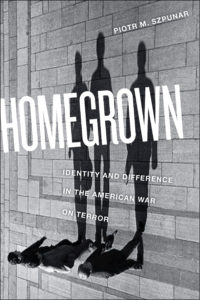 Piotr Szpunar is Assistant Professor in the Department of Communication at the University at Albany, SUNY and author of Homegrown: Identity and Difference in the American War on Terror, available from NYU Press.