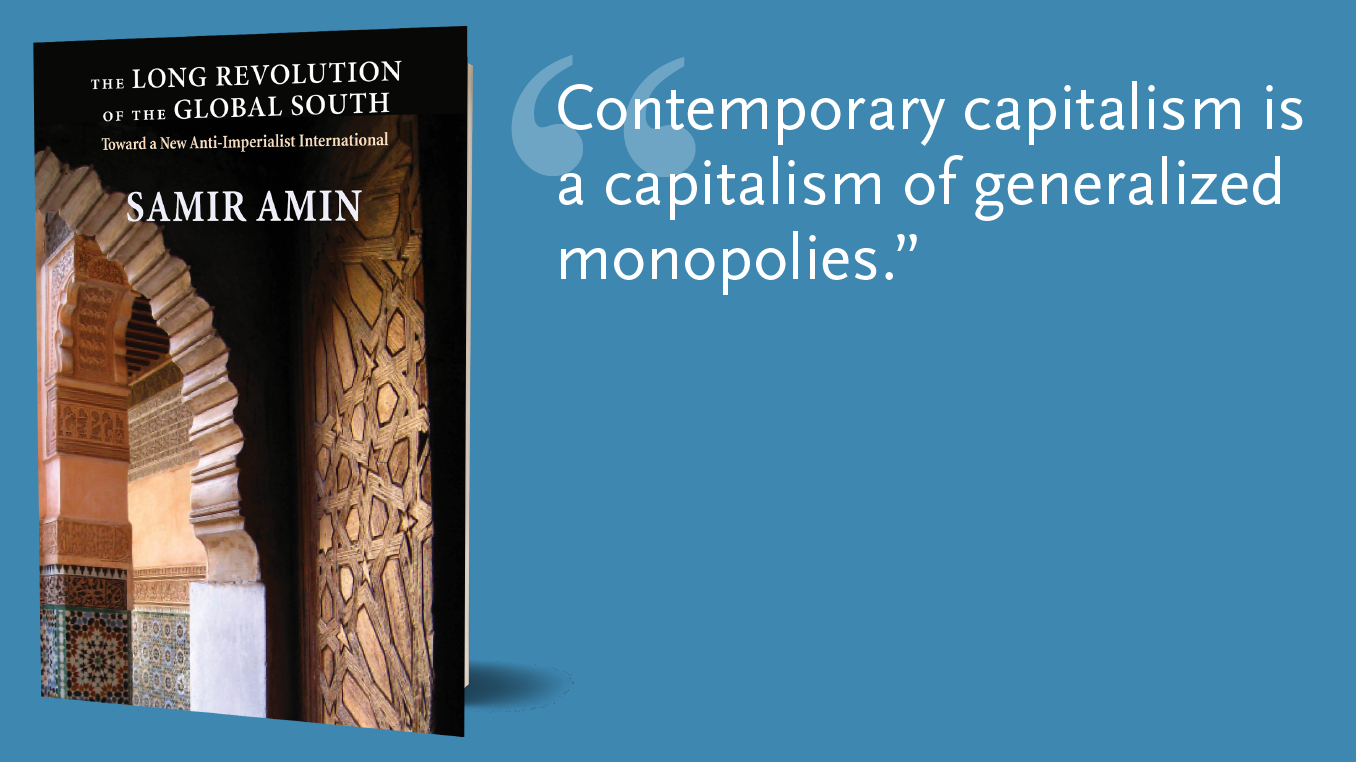 NYU Press is the proud distributor of books from Monthly Review Press. Explore an excerpt from The Long Revolution of the Global South: Toward a New Anti-Imperialist International, the final writings of Samir Amin. Visit Monthly Review to read a longer version of this excerpt.

Contemporary capitalism is a capitalism of generalized monopolies. What I mean by that is that monopolies no longer form islands (important as they may be) in an ocean of corporations that are not monopolies—and consequently are relatively autonomous—but an integrated system, and consequently now tightly control all productive systems. Small and medium-sized companies, and even large ones that are not themselves formally owned by the oligopolies, are enclosed in networks of control established by the monopolies upstream and downstream. Consequently, their margin of autonomy has shrunk considerably. These production units have become subcontractors for the monopolies. This system of generalized monopolies is the result of a new stage in the centralization of capital in the countries of the triad that developed in the 1980s and ’90s.

Simultaneously, these generalized monopolies dominate the world economy. Globalization is the name that they themselves have given to the imperatives through which they exercise their control over the productive systems of world capitalism’s peripheries (the entire world beyond the partners of the triad). This is nothing other than a new stage of imperialism.

As a system, generalized and globalized monopoly capitalism ensures that these monopolies derive a monopoly rent levied on the mass of surplus value (transformed into profits) that capital extracts from the exploitation of labor. To the extent that these monopolies operate in the peripheries of the globalized system, this monopoly rent becomes an imperialist rent. The capital accumulation process—which defines capitalism in all of its successive historical forms—is consequently governed by the maximization of monopolistic/imperialist rent.

This displacement of the center of gravity of capital accumulation lies behind the continual pursuit of the concentration of incomes and fortunes, increasing monopoly rents, and captured mostly by the oligarchies (plutocracies) that control the oligopolistic groups, to the detriment of labor incomes and even the revenues of non-monopolistic capital.In turn, this continually growing disequilibrium is itself the origin of the financialization of the economic system. What I mean is that a growing portion of the surplus can no longer be invested in the expansion and strengthening of productive systems and that the “financial investment” of this growing surplus is the only possible alternative for continuing the accumulation controlled by the monopolies. This financialization, which accentuates the growth in unequal distribution of income (and wealth), generates the growing surplus on which it feeds. The financial investments (or, more accurately, investments of financial speculation) continue to grow at breathtaking rates, disproportionate with the rates of gross national product growth (which itself then becomes largely false) or rates of investment in the productive system. The breathtaking growth in financial investments requires—and sustains—among other things, the growth in the debt, in all its forms, particularly sovereign debt. When existing governments claim to pursue the goal of “debt reduction,” they deliberately lie. The strategy of financialized monopolies needs growth in the debt (which they seek and do not oppose)—a financially attractive means to absorb the surplus from monopoly rents. Austerity policies imposed to “reduce the debt,” as it is said, actually end up increasing its volume, which is the sought-after consequence. 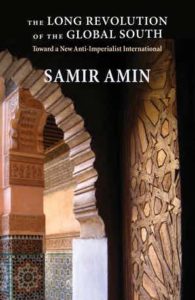 Samir Amin (1931–2018) was director of the Third World Forum in Dakar, Senegal, and the author of many books. This article is adapted from parts of the prologue of the second volume of his autobiography, The Long Revolution of the Global South, published by Monthly Review Press.