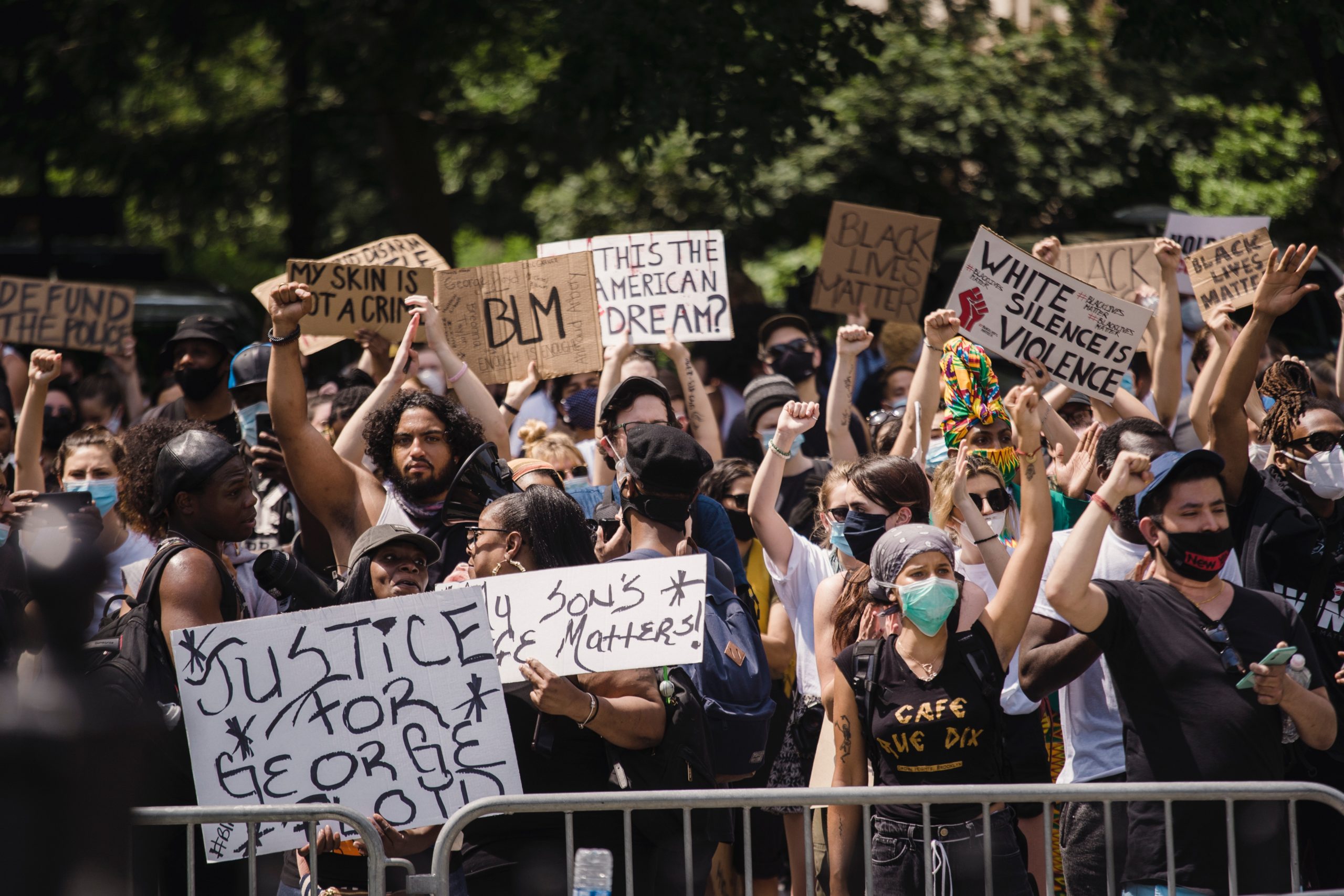 2020 had the largest voting electorate in the US in decades and maybe ever—and it was disproportionately Black and Brown and LatinX and Asian and Indigenous and young. This happened in spite of attempts at voter suppression. Voters of color massively increased their share of the voting public and many of them are militantly anti-racist. Get used to this new US.

Why write about this? Because it is how I find the truths that are hard to see.  It helps my activism.  It helps me hope, to be hopeful even when I am devastated by the surround we live within.  I do not mean a kind of hope that is fantasy.  I mean the kind of hope you find when you strip away layers of your brain and heart to see something that offers a different vision.

My take-away before I begin: Stop centering white people—the white part of the working class, and white women Trump voters.  There are so many other newer faces to see and they are already here.  This new electorate arrived full-blast in 2020, so stop talking/writing as though they have yet to materialize. Recast y/our vision—pollsters, center Dems, and many progressives who are not abolitionist enough. And, stop being surprised that Trump does not care that all these new voters might be suffering or dying from Covid.

I have started mid-stream, in and with my chaos. It is hard to write amidst the growing hell of the Covid pandemic as it freely gallops alongside families without food, people facing evictions, hospitals overflowing, schools closed or hybrid, women doing too much of everything—70 percent of essential workers, homeschooling, cooking, caring.  All this alongside Black people being murdered at the hands of criminal police and the caging and brutal separation of migrant children from their parents. And—on and on.

I am an anti-racist white feminist. I have a vested interest in what other white women do and think. I am deeply disappointed to know that many, too many white women,  approximately 57% of our total, need their whiteness so much that they dismiss everything non-white as less.  Or maybe they know people of color are more, and that is what they fear—that they will not be enough in this new world of all of US. I no longer wonder if it is fear, or anger or jealousy or insecurity that drives them to vote for Trump and his white patriarchy. This is a power-filled choice that is not changed for the asking, or persuading.

This moment is unique, at least for me as an anti-racist feminist who has always seen/looked for the overlapping equivalent structures of patriarchy and white racism. In 2020 it is impossible not to see that this historical moment prioritizes white supremacy and its racism. The demographics have shifted so substantially that white people recognize the new electorate, which is rising and ready. Trump mobilized this fear of change and instability.

The Black Lives Matter mobilization of millions of demonstrators—against police brutality and white supremacist hegemony energized people to take to the streets, despite the threat of Covid. Many white people decided it was time to take a stand alongside Black and Brown and LatinX and indigenous demonstrators. It felt different.  It looked different. It was different.  Monuments came down.  Black Lives Matter signs went up.  Asians spoke out about their suffering and victimization with Covid. There was more space to speak and act and there was more hope.  People, including large numbers of whites, were saying no to the bullying, the racist violence, to Covid’s unequal punishment.

Meanwhile there was an election getting ready to happen.  So many people—especially the people most punished by Trump’s inhumane and thuggish regime were getting ready to throw him out of office.  This meant they/we had to vote for Biden, a pathetic choice/alternative to be sure, especially when one remembers back to Bernie, and Elizabeth Warren, Kamala Harris, and, and…There were other formidable choices to condemn Trump with. But instead Democrats once again chose the middle, the center, and demanded Biden be the offering against one of the most egregiously awful humans that has been in charge of the US.

The official, institutional disaster of Trump may be gone but the disaster is not done and won’t be unless its dismantled and racist patriarchy is given no air to breathe. The Republicans are sustaining Trump for now while Covid fills our morgues.  People of color and anti-racist whites have been radicalized by Trump and his police state and the devastation of Covid.

There are new possibilities because of the extreme truth-telling of Covid.  The  pandemic arrived and exposed every fragile fracture, every little lie, every big truth and left any one willing to face it, the inhumanity of white supremacy.

So—no more pretending. No more denying.  No more excuses. A majority of white men and women voted for Trump.  Three out of five white voters are Trump voters. They voted for him in greater numbers than in 2016. These white people, especially white women have ignored every indecency Trump has done, in order to protect what they want for themselves, and intimately and ultimately that is to preserve whatever privilege they might have as white. In a country that is becoming too multi-racial for them they fought back.

The white women who voted for Trump in 2020 made a clear choice.  In 2016 exactly what he would do as president was queried by some. But by  2020 everything about his politics was clear.  White women chose to ignore or endorse—take your pick—his ugly rapist self; his racist hateful policies and practices.  They embraced themselves as white in a white patriarchal framing.  White supremacy has never existed without patriarchy so if they had to they would allow patriarchy as their protection. Misogyny has no political standing for them—it is the normalized framing of their whiteness. They are only white in white patriarchy.

These white women are not my/our sisters.  They are not part of the camaraderie of an anti-racist feminism.  They do not embrace the humanity  of women of color. They are completely complicit with white patriarchy—they are racist and anti-feminist. They vote what they see as their racial interest.  This is their priority.  I had thought that Trump would make these women feminist. He is so gross. So vulgar.  So brutal and brutish. And a rapist as well as racist. But, no. They support him anyway. There is no feminist solidarity to be found here. 2020 is a turning point—these white women choose white misogyny and with it racist patriarchy.

I always knew that class interests divide women—that rich women have too often been part of the structure of exploitation that oppresses poor women. That class interests often trump gender camaraderie. But now I know that race/ism and its devotion to white supremacy creates a chasm.  That racist white women cannot be counted on—because they are both racist and misogynist. They clearly are grasping at their white privilege in this changing multi-racial country.  They fear not being white more than they fear being a woman in Trump’s manly world. Trump women do not see their bodies as a battlefield. They are navigating this moment in protection of their whiteness, and their female bodies, or womanhood has no status to them. As such, they are not comrades, nor can they be

There is nothing all that new here. There have always been white women collaborating with white supremacy. Many white women abided and collaborated with slave-owning husbands and supported segregation.  Some white women owned slaves.  Some white women were active members of the Ku Klux Klan.  White women were at the heart of the excuse for lynching Black men.  Their sexuality had to be protected against black men.  White women, willingly or not, have played a particular part in the rape narrative.  Although white women have also been abolitionists, civil rights activists, and reproductive justice warriors, they are less than half of us.

So who is the white woman Trump voter today? In 2020 it is obvious that Trump women have dug in and are not available to do anti-racist work.  This election has forced me to give up my vision of a possible shared camaraderie with white women who had earlier chosen Trump in 2016. In 2020 it is resolved: there are white women who absolutely vote as anti-feminist and white supremacist and as such derail progressive possibilities. So do not tell me to get my sisters.  Do not say that I need to find empathy and understanding. To do so is to not understand the power of white supremacist patriarchy.

If you are thinking about unity think about building it with all our new activated communities.  I don’t think I believe in unity in the first place.  I rather think about how complex communities in our movements need to build loving connections as we fight together to press Biden for the world that we are imagining together.

I am hopeful about the future that we face into now as progressives as we wait for Biden to take office.  But meanwhile every anti-racist progressive, socialist, feminist of each and every color must do everything possible to: stem the spread of Covid– require mask wearing and testing and tracing and available, accessible medical care. And we must also demand: an eviction freeze, housing for the houseless, food for all who are hungry and without, subsidized day care, full abortion access, a moratorium on student loans, release of incarcerated people especially given Covid, and Medicare for all. We shall demand a stimulus package that protects and pays essential workers fairly. As we fight for these needs to be met, the next demands will emerge.

We must take all of our movements and make an interconnected movement with them—with the anti-racist white people supporting the fabulous Black and Brown and LatinX and Asian and Indigenous warriors that have been leading the way across our country.

The new US will change the world together. The racist (white) folks will just have to adapt to this freshly empowered regime. They may even, in the end, thanks to this newly imagined inclusive and truly democratic script, finally get free.

Photo by Life Matters from Pexels

2 thoughts on “The New US: While Calling Out Trump White Women”