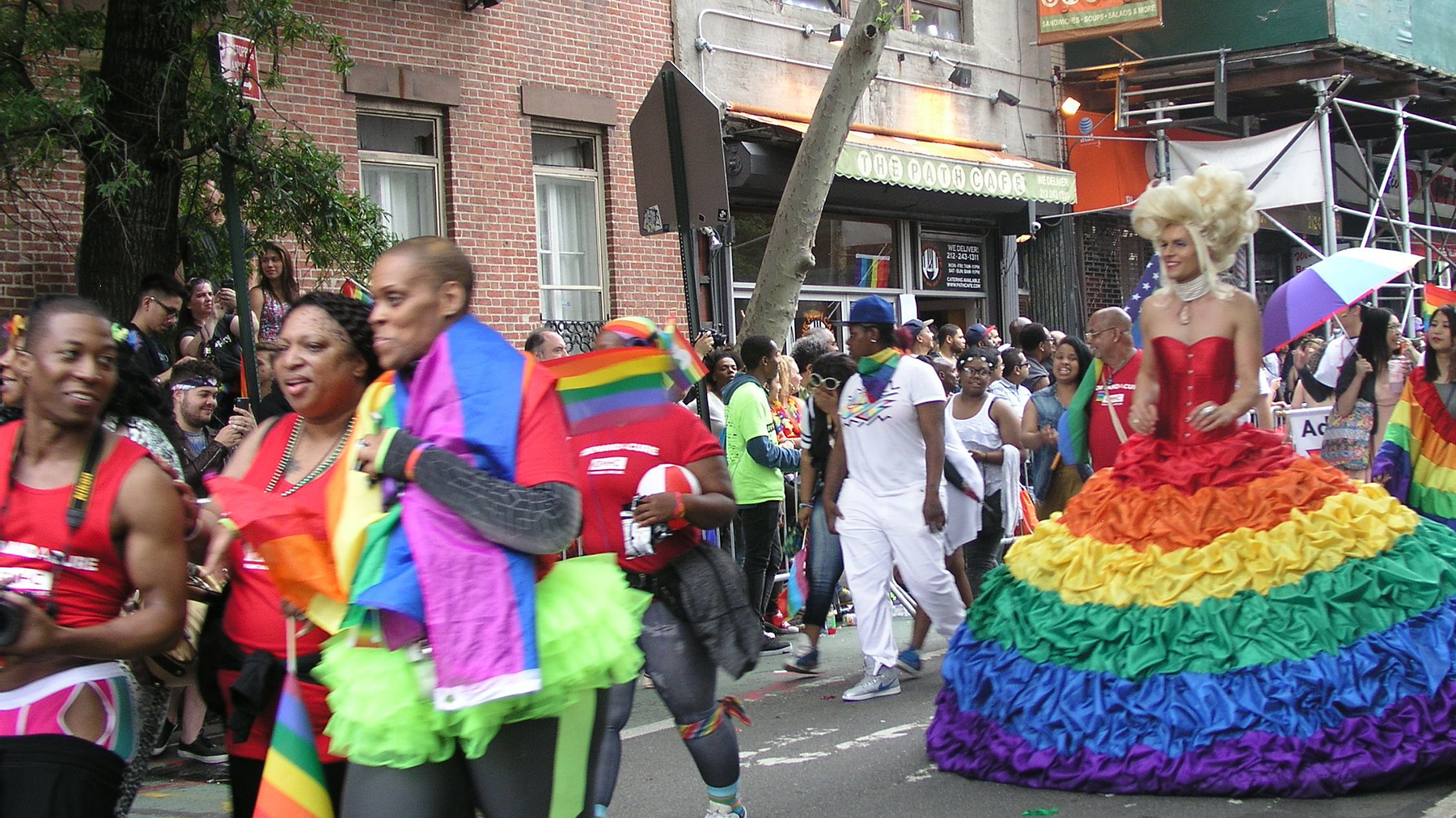 In August of 2009 I nervously walked up the stairs of a nondescript house on the edge of San Francisco’s Castro neighborhood with a fresh bouquet of flowers in my hand.  A knock on the door was quickly answered by a sweet old woman with a long and courageous past.  I spent the next two hours listening as Phyllis Lyon told me stories of her half-century of LGBT activism, starting with when she and her wife Del Martin founded the first national lesbian organization, Daughters of Bilitis, in 1955.  For a young lesbian and an academic studying LGBT movement organizing, this was about the most exciting meeting I could imagine. I hope she liked the flowers.

Lyon was the first of a dozen early LGBT activists I met as I did the fieldwork for my book, Pride Parades. I also met Martha Shelley, Perry Brass, and Stephen F. Dansky, who helped organize and marched in what came to be known as the first ever Pride parade in New York City. Each told me about the mix of trepidation, righteous anger, liberation, and joy they felt as they marched down 5th Avenue with thousands of fellow gays and lesbians on that bright Saturday, June 28, 1970.  Chanting, laughing, and singing together, they demonstrated their cultural right be publicly gay and free from harassment by police and fellow citizens.

Along with these New York pioneers, I spoke with Los Angeles organizers Pat Rocco and Del Whan, who described the collection of artists, business owners, and activists who paraded on Hollywood Blvd on the same day in 1970. Their demonstration included many of the elements with which today’s Pride goers are familiar: drag queens in full regalia, floats with scantily clad men, and activists with theatrical displays. They also had the same ecstatic feeling of liberation as they publicly, loudly, declared their gay identities.

To some, the Pride parades we are getting ready to witness this June in 2017 are a far cry from these early marches.  Parades in major cities are infinitely grander in scale, drawing tens (or hundreds) of thousands for an hours-long production sponsored by nationally recognized corporations.  However, when I researched contemporary parades from New York City to Fargo, North Dakota, I saw the same impulse to be visible, the same spirit of joy and community, and even the same debates over sexualized displays and business involvement as early pioneers described.

Pride has always been an event for the diverse LGBT community and their allies to joyously declare their presence.  As a parade, it has a format that allows each contingent to design its own display and a celebratory tone that distinguishes it from traditional protest marches.  This festive “unity in diversity” is a hallmark of Pride that allows it to continually evolve and respond to contemporary challenges.  Just as they did in 1970, each parade and indeed each contingent chooses the messages they will convey.  In this year’s contentious (to say the least) political and cultural climate, we are sure to see a full range of displays, from angry denunciations of political policies to defiantly joyous displays of queer identity, all coming together to once again say, “We’re here, we’re queer, get used to it!” Happy Pride, all.

Katherine McFarland Bruce is Assistant Professor of Sociology at Salem College in Winston-Salem, North Carolina and author of Pride Parades: How a Parade Changed the World (NYU Press, 2016).