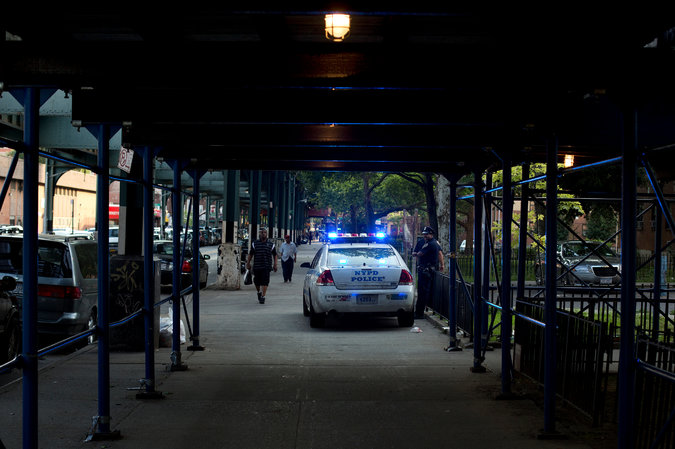 A recent article in the New York Times describes results from a federal monitor’s examination of nearly 600 stop and frisks conducted by NYPD officers in summer 2015. The monitor, Peter L. Zimroth, finds a number of problems with the stops, including officer’s failure to document the reasons for stops, supervisors’ failure to question the missing information, and shortcomings in officer training. We understand the frustration that the monitor’s report likely generates, as the NYPD has been under federal court-ordered reform for more than two years. How can such problems still exist?

There are two points that provide important context for interpretation of the monitor findings. First, it is extraordinarily difficult to reform police departments that have been engaged in widespread unconstitutional policing. Under the authority of 42 U.S.C. § 14141, the U.S. Department of Justice has initiated actions against nearly 40 law enforcement agencies for a “pattern or practice” of unconstitutional policing, resulting in more than two dozen consent decrees. The consent decree, which outlines the remedies an agency must implement, are typically designed to last five years though federal oversight often lasts much longer. For example, the Los Angeles Police Department was under consent decree for nine years. The Detroit Police Department was under consent decree for nearly 14 years. And some agencies, such as the Cleveland Division of Police, have been under consent decree twice. Police reform is a complex, multi-year process with a high level of difficulty. It involves organizational change in a profession characterized by resistance to change, and the remedies target functions that go to the very core of policing: supervision, training, policy, and accountability.

The effort to reform the NYPD should be viewed from this lens. The NYPD relied on stop and frisk as the dominant crime control strategy for 20 years. Stop and frisk is deeply embedded in the department, and few patrol officers have any memory of the department before the stop and frisk program emerged. That said, there are positive signs. In 2015, the NYPD conducted approximately 24,000 stops – an enormous decline from the 685,000 stops conducted in 2011. Moreover, our own analysis of the data reveals that although every NYPD precinct experienced a significant decline in the overall total number of stops, that decrease was particularly notable in communities that had previously been disproportionally affected by racially-disparate rates of stop-and-frisk activities. And there appears to be more good news: even though stops are down, the percentage of lawful frisks and arrests have increased between 7.5% and 9.1%, respectfully, suggesting that NYPD is transitioning to more effective practices. In short, the NYPD has altered its day-to-day practices. The department has also initiated new policies (the tear-off receipt) and new training. The monitor’s report demonstrates that there is much work to be done, but we should not overlook the progress that had been made during the last two years.

The second important point is that the structure for effective police reform in New York is in place. The federal monitor reviews NYPD activities, analyzes data, and issues public reports with recommendations for change. The recent monitor’s report highlights deficiencies in supervision, policy, and training, but it also provides a roadmap for continued reform. Importantly, the public nature of the report places tremendous pressure on the NYPD to follow that roadmap and address those deficiencies.

Police reform in New York will continue to occur at a frustratingly slow pace, just as it has in Cincinnati, Cleveland, Detroit, Los Angeles, New Orleans, Washington, DC, and numerous other cities. Police reform is a marathon, not a sprint – that is a simple fact. We believe that the NYPD has made progress over the last two years, and that the proper mechanisms are in place to ensure widespread constitutional policing in New York in the near-future.