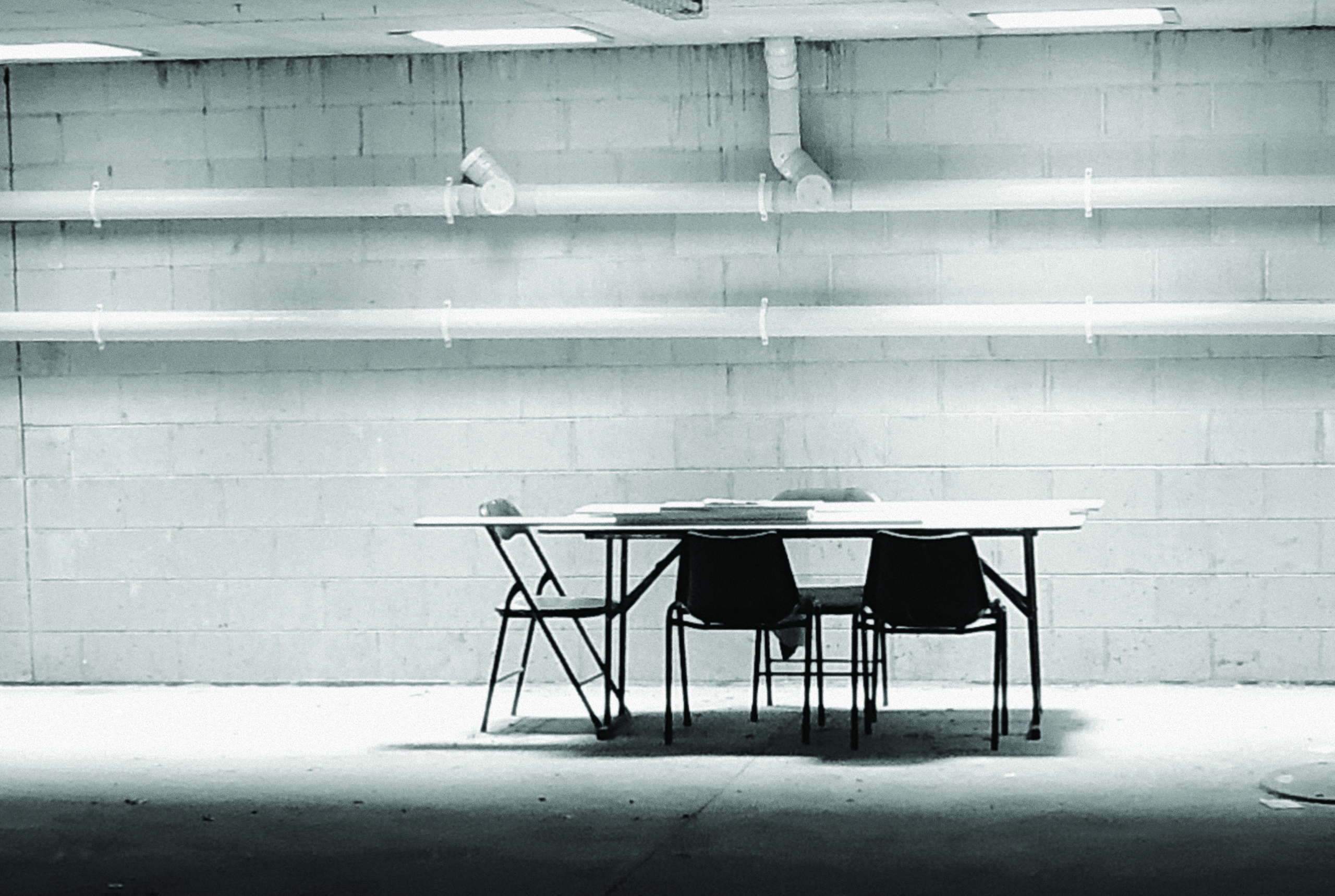 We live in interesting times. Although both of us have long advocated for addressing the systematic racism in the criminal justice system (as well as in K-12 and higher education, healthcare, residential real estate markets, and elsewhere), this moment appears to present opportunities unlike any other time in our lives. As has been widely observed, the deaths of Michael Brown and Eric Garner (among many others) failed to lead to international marches for racial justice, and significant racial disparities remain across the criminal justice system, including in police stops, arrest-related deaths, and sentencing (e.g., Burch, 2011; Edwards et al., 2019; Pierson et al., 2020; Rhodes et al., 2015). This moment is also a time of intense scrutiny on police and supports for systemic reform (Cheney, 2020) with explicit goals of increasing public trust and faith in law enforcement (United States Congress, 2020). This moment in history appears unique as an opportunity for change, particularly for reforms that increase actual and perceived honesty of police in their dealings with the public. Why are we introducing interrogation reform into this conversation?

Despite extensive media attention on racial biases throughout the criminal justice system, the racial biases that pervade interrogation practices (similar to other areas of the criminal justice system) have received less scrutiny. People who identify as Black, Indigenous, and People of Color (BIPOC) are overrepresented in exoneration databases and as false confessors for many reasons (Redlich et al., 2010; Villalobos & Davis, 2016). They are more likely to be targets of suspicion (Villalobos & Davis, 2016), and Taslitz (2006) argues that these cultural biases lead officers to employ more intense interrogation tactics against suspects who identify as BIPOC. This isn’t new. One only has to read Ibram X. Kendi’s Stamped from the Beginning: The Definitive History of Racist Ideas in America (2016) or James Loewen’s Lies My Teacher Told Me: Everything Your American History Book Got Wrong (2018) to understand that present systemic racism is one of the many contemporary consequences of historical racism. Additionally, suspects who identify as BIPOC, particularly Black men, know the cultural stereotypes about themselves and crime (Najdowski, 2011; Najdowski et al., 2015) and experience greater stress about how they present themselves during an interrogation. This stress makes them appear more guilty to police observers and may increase suspects’ suggestibility (see Gudjonsson, Claire & Rutter, 1995), which in turn increases the probability that they may falsely confess. Whereas false confessions raise questions about public trust and faith in the criminal justice system (Woody, Forrest & Stewart, 2011) across races for many people who identify as BIPOC, the criminal justice system appears as rigged as the typical carnival game. The big prize is just within reach, but they feel fortunate to escape without losing their lives (both figuratively and literally). Can police undertake interrogation reforms to increase transparency in the communities they police and rebuild this trust? Yes, they can. For guidance, we look to both history and science.

Police interrogation in what Kelling and Moore (1988) call the Political Era (pre-1930) typically involved coercion in many forms, including legal abuses such as holding suspects indefinitely without charge and physical abuses such as torture (see e.g., Larson, 1925; Leo, 1992; Woody, 2019). These abuses were exposed by government investigations (National Commission on Law Observance and Enforcement, 1931; Chafee, Pollak & Stern, 1969), journalists (e.g., Hopkins, 1931), and courts (Brown v. Mississippi, 1936; Ziang Sung Wan v. United States, 1924). Although the impetus came from these forces and the accompanying public outcry, law enforcement personnel themselves reformed police interrogation to remove physical coercion from almost all police interrogation rooms by the early 1970s (Leo, 1992; Woody, 2019; cf. Ackerman, 2015 for ongoing concerns). Several individuals emerged as leaders in this process, including criminal justice administrators (e.g., J. Edgar Hoover, August Vollmer) as well as practitioners and trainers of police interrogation (e.g., Fred E. Inbau, John E. Reid) who provided a system that allowed officers to transition from physical coercion to deception and trickery as primary interrogation tools (Leo, 1992; Woody, 2019). Through these individuals and others, police themselves led the transition away from physical coercion to rebuild trust with the public and the courts. Unfortunately, as physical coercion waned its replacement, deception became the power tactic of choice.

However, the people remain powerful. Organizations such as the Innocence Project and persistent writers, producers, and lawmakers are now raising questions about police deception. For example, the documentaries Making a Murderer (Ricciardi & Demos, 2015), The Central Park Five (Burns, McMahon & Burns, 2013), and When They See Us (DuVernay, 2019) have raised substantial questions about police deception and its role in documented or alleged false confessions. Additionally, recent court decisions about deception during interrogation (see e.g., Bandler, 2014a, 2014b; People v. Aveni, 2014; People v. Thomas, 2014) have raised questions about increasing limits on police behaviors.

In addition to these historical precedents, we also draw support from recent scientific developments. Legal observers have recognized that police deception is nearly ubiquitous in interrogations that result in false confessions (Kassin et al., 2010). Additionally, a rapidly growing body of scholarship has provided experimental support for the claim that deception during interrogation, particularly deception about evidence, increases false confession rates (Kassin & Kiechel, 1996; Nash & Wade, 2009; Perillo & Kassin, 2010; Stewart, Woody & Pulos, 2018). In conjunction with this body of research, there is now a growing community of scholars who agree that deception about evidence increases false confession rates and report their willingness to testify about these findings at trial (Kassin et al., 2018). The now well-recognized impacts of police deception on false confession rates provide an important justification for this change, but there are others.

In addition to our foundational concerns about false confessions, we note other areas of risks here. As suggested by Skolnick and Leo (1992) and others (e.g., Gohara, 2006), enabling police to lie during interrogation may lead them to be more likely to lie in other contexts, such as in court, to superiors or internal affairs, or to journalists or the general public. Fundamentally, allowing police to lie to suspects in interrogation rooms threatens the public trust and faith in police. We join others (Kassin et al., 2010; Leo, 2008) in calling for the elimination of deception from police interrogation rooms. This would provide a critical tool to reduce false confessions and to address racial biases in interrogation strategies and false confession risks. The UK transitioned to nondeceptive and nonconfrontational methods in the 1990s without lowering confession rates (Gudjonsson, 2003; Milne & Bull, 1999). Similar strategies—successful interrogation strategies—are increasingly available to police officers in the US (Kolker, 2016). Not only would these changes reduce false confessions and increase the actual and perceived fairness and equity in the criminal justice system; these reforms would demonstrate to the wider public that police officers in the United States are committed to reform of racial biases and to increased transparency and trust of police in their communities. The time is now.

Gohara, M. S. (2006). A lie for a lie: False confessions and the case for reconsidering the legality of deceptive interrogation techniques. Fordham Urban Law Journal, 33, 791–842.

Hopkins, E. J. (1931). Our lawless police: A study of the unlawful enforcement of the law. New York, NY: Viking Press.

Kolker, J. (2016). Nothing but the truth: A radical new interrogation technique is transforming the art of detective work: Shut up and let the suspect do the talking. The Marshall Project. Retrieved from https://www.themarshallproject.org/2016/05/24/nothing-but-the-truth

Larson, J. A. (1925). Present police and legal methods for the determination of the innocence or guilt of the suspect. Journal of the American Institute of Criminal Law and Criminology, 16, 219-271. 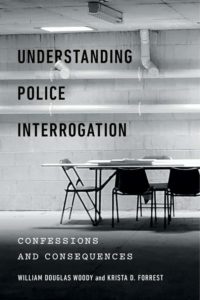 William Douglas Woody is Professor of Psychological Sciences at University of Northern Colorado and the co-author of A History of Psychology: The Emergence of Science and Applications, Sixth Edition.

Krista D. Forrest is Professor of Psychology at University of Nebraska, Kearney, and has published articles in several core publications, including Psychology, Crime and Law and Behavioral Sciences and the Law.

You can read more about their new book Understanding Police Interrogation: Confessions and Consequences here.