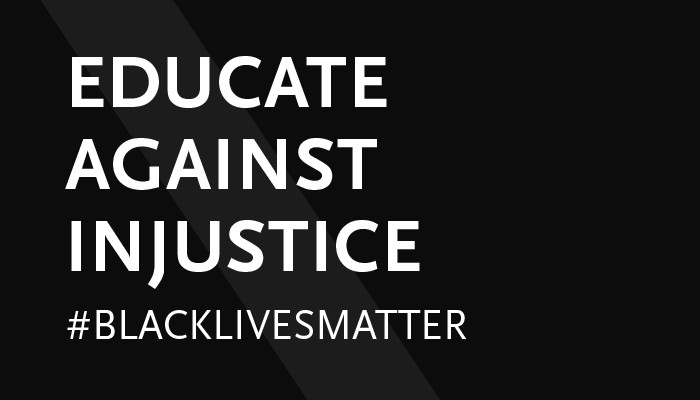 Police killings of unarmed Black people are the tip of the iceberg. In Punished: Policing the Lives of Black and Latino Boys, I write about a system of racialized punitive social control that sets up young Black and Latino boys for punishment, surveillance, harassment, and state sanctioned violence from young ages. I also find that young Black and Latina women are criminalized and punished, especially when fighting against interpersonal and state abuse.

The way that our government deals with poor urban populations is by over investing in policing and criminal justice and underinvesting in social welfare programs or job opportunities. Unemployment, abuse, abandonment, ignorance, health crises, and domestic and street conflicts are dealt with by the state not through social workers, therapists, educators, and medical worker, but through law enforcement. Entire generations of young people have been raised to perceive police with resentment, fear, and trauma.

As police forces have oversaturated poor communities of color, their interactions with young people in particular, continue to be filled with volatility. Many officers claim to want to help the communities they patrol but end up falling into the trap of criminalizing and violating marginalized communities. By the time an officer kills an unarmed Black person, there already has been an entire lifetime of criminalization and traumatization at the hands of law enforcement.

Other institutions such as schools participate in this criminalization by practicing Zero Tolerance policies, directly borrowed from the criminal justice system, and by graduating young people into the school-to-prison pipeline. In Punished, I find that some teachers perceive Black students in such a way that they make it clear that they do not think of them as future graduates, but only as future prisoners; they text school resource officers whenever a student is being defiant and the officers arrive within minutes to handcuff students and drag them out of class; they suspend and expel Black and Latinx students for issues that could be handled through conflict resolution and restorative justice. These young people end up on the streets, vulnerable to negative and violent encounters with police. A combination of lack of educational and job opportunities combined with an overinvestment in law enforcement presence creates a system of oppression that can ultimately lead to death, sometimes at the hands of the police.

Punished also demonstrates how marginalized communities build movements of resistance against racialized punitive social control and state sanctioned violence. Protests are also just the tip of the iceberg. Victims of police violence resist oppression every single day. They do so by questioning unconstitutional stop-and-frisk practices, by contesting police harassment, and by resisting unjust police practices.

Unfortunately, these practices of resistance often bring about further repression, leading some deeper into the criminal justice system.

In a recent paper on Black Lives Matter protestors in Ferguson and Baltimore the coauthors of the study and I found that while repressive police tactics deter less committed activists from street protests, they found creative ways to remain motivated to engage in other forms of civic engagement, further intensifying the power of the movement. In other words, militarized police force further empowers the movement by providing an impetus for protestors to develop creative opportunities for social change that go beyond protesting on the streets. [1] Protestors respond to police repression by becoming attorneys, grassroots organizers, police review board members, politicians, and social justice advocates. These findings compliment my assessment of mass incarceration and mass movements in where I argue that mass incarceration and mass policing have a paradoxical effect on hyper-marginalized communities- the more repressive police are, the more likely youths are to develop resistance and civic engagement identities.

To address racial disparities in policing work and to prevent racialized police violence, cities must end the overinvestment of policing resources in marginalized communities.  Instead, cities should re-invest these funds in social programs, job opportunities, and education in marginalized communities. As of June 2020, the School District of Minneapolis, Minnesota, in response to the killing of George Floyd by a police officer, terminated its contract with the Minneapolis Police Department and will use these funds for mentoring its students. The City of Los Angeles will cut $100 million dollars to its police force and use these invest in marginalized communities. These examples show that cities can shift the way they govern their citizens and provide more social services support and less racialized punitive social control. For police officers that continue patrolling marginalized communities, policy makers and police departments must develop trust and relationship building strategies that operate independently from punitive policing practices.  Being nice while conducting a stop-and-frisk does not work. Offices must be provided incentives and discretion to engage with community members in a truly trusting and dignified manner (picture the officers kneeling with protestors). Otherwise, in spite of community policing, community members will continue to lack faith and trust in law enforcement because the courtesy approach to policing, in the end, may itself be a thin pretext: a velvet glove veiling an iron fist.

Read some free excerpts from Victor M. Rios’ award-winning book Punished: Policing the Lives of Black and Latino Boys. Rios followed a group of forty delinquent Black and Latino boys for three years. These boys found themselves in a vicious cycle, caught in a spiral of punishment and incarceration as they were harassed, profiled, watched, and disciplined at young ages, even before they had committed any crimes, eventually leading many of them to fulfill the destiny expected of them. Punished is a classic ethnography that reveals how urban police criminalize black and Latino boys.

Want to read more? Get the eBook of Punished for a limited time for only $1.99! 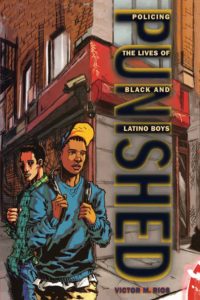