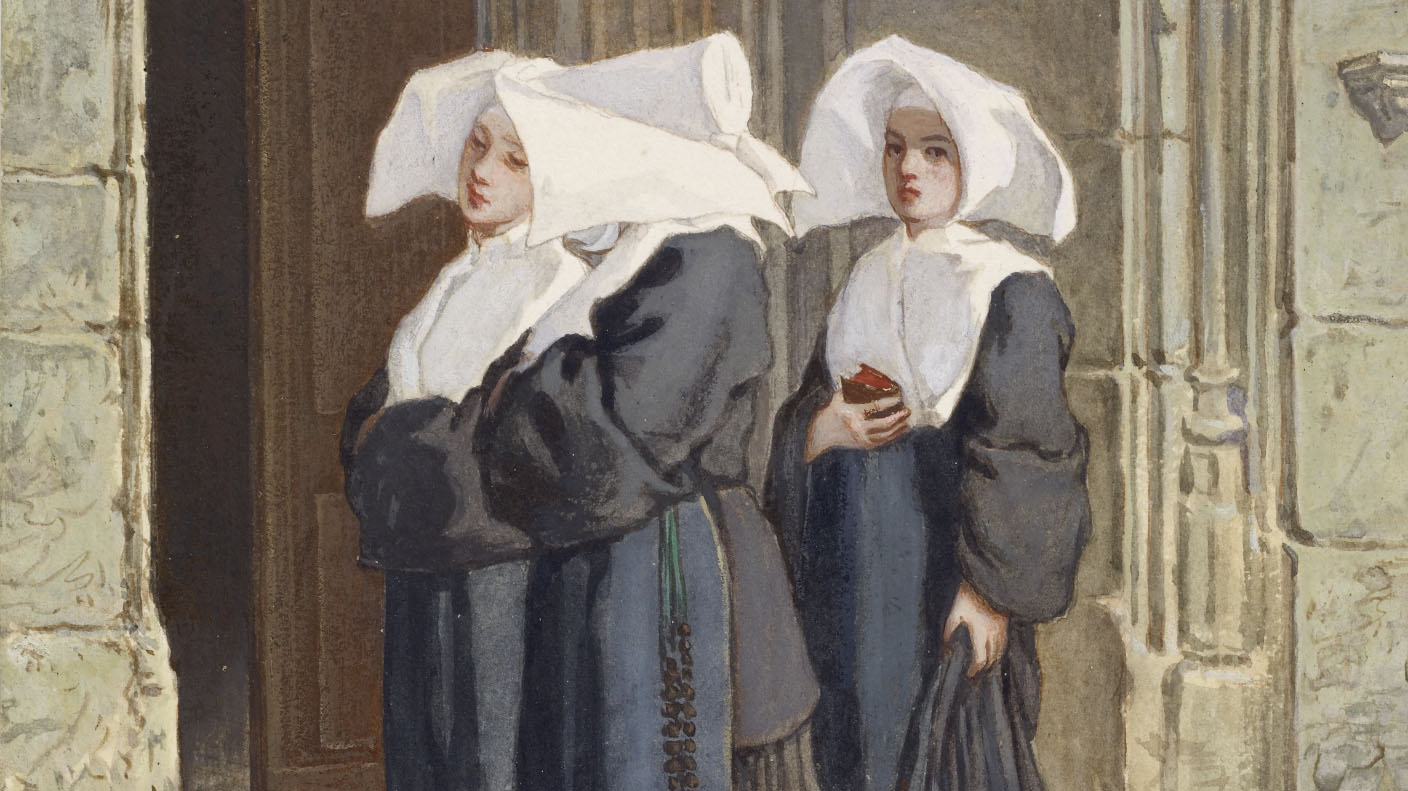 There is a wonderful scene in the movie Doubt (starring Meryl Streep) that tells you a good deal about Catholic women religious. The scene opens with three parish priests eating a hearty roast beef dinner. A bottle of whiskey and a pitcher of beer are placed on the table. The scene cuts to the sisters who teach in the parish school; they are also eating dinner. The six are dining on what is sometimes called a boiled dinner. Each has a glass of milk, and there are several pieces of white bread on the table. Not exactly living like well-paid educators and administrators.

When compiling a list of “Trailblazing Women,” women religious seldom make the cut. Even when the discussion is focused on labor and business, however, sisters deserve to be recognized for their place in these categories. Perhaps one of the more prominent examples is Katharine Drexel, founder of the Sisters of the Blessed Sacrament. After her father’s death in 1885, Drexel and her two sisters inherited about $14,000,000, making them the richest women in Philadelphia at the time. Drexel chose to use her share of the fortune to assist African Americans and Native Americans, two groups long neglected by the Catholic hierarchy.

on transformed her into a grant agency of sorts. In 1890, for instance, she helped two Benedictine sisters to build a three-story school on the White Earth Reservation in Minnesota. After the school was completed, she continued to support the project by paying tuition and board for needy students, and salaries for priests and women religious. At the same time, she used her own money to establish, support, and staff institutions devoted to the mission and ministry of her congregation. Her most ambitious undertaking was Xavier University in New Orleans, the only black Catholic college or university in the United States.

Drexel’s personal wealth did not mean that she and her sisters lived in the lap of luxury. Quite the opposite; they would have clearly identified with the sisters in Doubt eating their very plain dinner. In this respect, they were no different from members of other religious congregations trying to keep struggling schools, and in some cases hospitals and orphanages, financially stable. In the 1840s, when the Sisters, Servants of the Immaculate Heart of Mary (Monroe, Michigan) were doing everything in their power to keep their new school solvent, for example, a priest remarked that the sisters “. . . often have occasion to recall that have made the vow of poverty because they have much to suffer in this connection. Their whole resources consist in the fees from the children of the school, a very moderate fee poorly paid since most of the children are more than poor.” To operate a school, one needs a head for business and a willingness to work long hours—just ask any principal today, and these sisters had to put their own needs aside to make sure their students had access to education.

Including stories such as these in discussions of “Trailblazing Women” in business and labor would clearly enrich our knowledge of this aspect of women’s history, as well as help us to understand the complexities of the lives of women religious.

Margaret M. McGuinness is Professor of Religion and Executive Director of the Office of Mission Integration at La Salle University, Philadelphia. She is the author of Called to Serve: A History of Nuns in America (NYU Press, 2015).

Feature image: Three Nuns in the Portal of a Church by Armand Gautier. Used with permission via Wikimedia Commons.