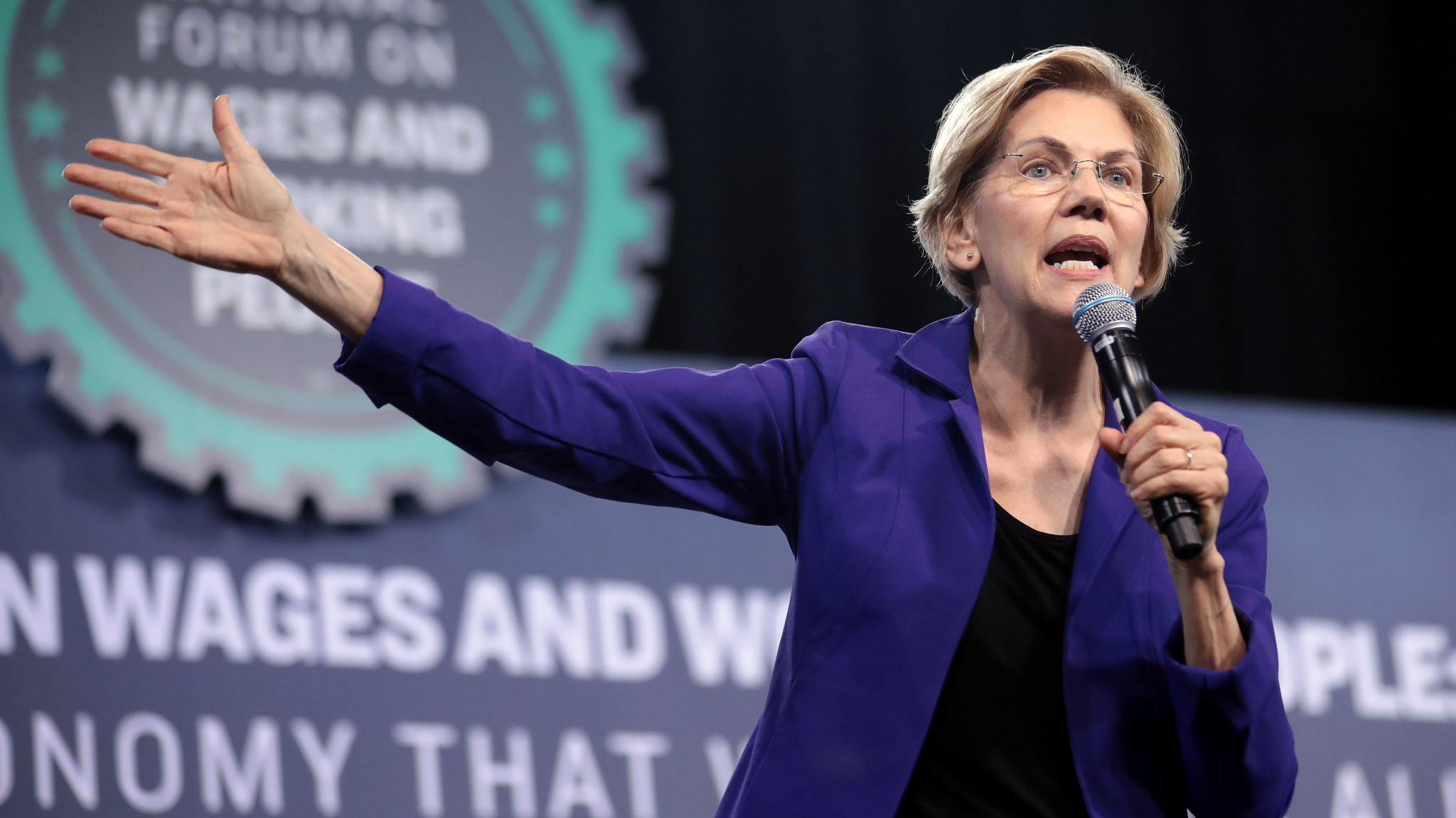 The dominant narrative to emerge from the 2008 race was that the election of the first black president was a resounding triumph for the US, and a verdict on the essential goodness of the nation. Obama’s victory proved that the US had overcome the worst of its racial history, and that, having turned the page on our bitter legacy of racial division, we were well on our way to becoming a “post-racial” nation.

Yet within a few years, as Tea Party members gave voice to an angry white nationalism, deportations of undocumented migrants reached an all-time high, and the deaths of Black men, women and boys at the hands of the police seemed to scream daily from the headlines—earlier declarations that the US had vanquished the problem of race seemed jarringly out of sync with reality. The presidential campaign of Obama’s immediate successor, Donald J. Trump, would again elevate to center stage debates about the presidency, race, and the future of the US. A defining element of the current president’s political career is that he has sought, unceasingly, to harness and to amplify the winds of white racial resentment for political gain.

As we head into another election, we see a clear example of racial politics in the time of Trump in the political conflict between President Trump and Massachusetts Senator Elizabeth Warren, over her claims of indigenous ancestry. This controversy provides a window into several different dimensions of the US racial landscape at this time, refracted through the lens of electoral politics.

The Case at Hand

The issue of Elizabeth Warren’s ancestry first entered the news cycle during her 2012 run for the senate. As Trump has come to political blows with Warren, he too has zeroed in on the issue of her Indigenous ancestry claims. Trump has publicly mocked Warren for stating that she is part Cherokee, referring her variously as “Pocahontas”, “the fake Pocahontas”, and “the Indian” (Zurcher 2018).

Warren’s response to Trump’s provocations has been curious, and has included a video highlighting her search for her Cherokee heritage and revealing results of a DNA test. In the closing section of the video, an Ivy-League professor of genetics says to the delighted senator, “the facts suggest that you absolutely have a Native American ancestor in your pedigree.”

The release of the video and DNA test results by Warren’s team backfired profoundly, and led to a firm rebuke by the Cherokee Nation. Liberal pundits were also thoroughly dismayed by Warren’s ill-fated attempt to outmaneuver Trump.

In response to Warren’s rebuke by the Cherokee Nation, Trump and his surrogates have engaged in a kind of gleeful white supremacist pile on. In January 2019, for example, the President tweeted that if Warren had released a campaign ad “from Bighorn and Wounded Knee . . . . with her husband dressed in full Indian garb, it would have been a smash!”

Furthermore, additional documents have surfaced, making it clear that at various times over the past two decades, Warren has clearly self-identified as “American Indian” or as “a minority”—rather than as white. In the last several months, Warren has been compelled to declare publicly that she is “not a person of color” nor is she “a citizen of a tribe.” And she has seemed contrite, apologizing to indigenous leaders for “furthering confusion about tribal membership.”

In recent months, Warren’s poll numbers have surged among white liberals, suggesting that she may be able to turn the page on what has been seen as a colossal political misstep (or, as Rolling Stone put it, a “fiasco”). Yet Democratic strategists warn that the origins issue remains a significant vulnerability for Warren, while some, such as Washington Post columnist Jennifer Rubin, have opined that the senator should stop apologizing for the DNA release, and move on from the ancestry issue entirely.

President Trump, on the other hand, has promised his supporters that he will bring the issue back. At an August 2019 rally in New Hampshire he said to his supporters, “‘I did the Pocahontas thing. I hit her really hard, and it looked like she was down and out. But that was too long ago. I should’ve waited. But don’t worry, we will revive it.’” This issue remains a kind of political kryptonite for the liberal candidate because of how powerfully it exploits white racial resentments on the right, while exposing the weaknesses, conflict and anxiety about race that can haunt the political left.

Presently, I am writing a long-form analysis of this controversy with sociology PhD student Brieanna Watters, that we plan to publish as a scholarly article.  In that piece we attend closely to the responses to this controversy on the part of indigenous scholars and activists, and explore how tribal nations have sought to maintain and manage indigenous identities in their relations with the settler state. In the remainder of this essay, however, I limit myself to a discussion of what the controversy over Warren’s ancestry claims in the context of electoral politics reveals to us about whiteness. This controversy clearly illustrates several of the key themes I am developing in much of my writing on race at this time:

On the Trump side, we see here the elaboration of a white identity that is belligerent and mocking. Trump’s clear contempt for the rules of “political correctness” (he has called Warren “Pocahontas” even at an event honoring Navajo veterans) is meant as a defense of a whiteness under siege. In mocking Warren, Trump taunts both white liberals and the people of color that they seek to ally with. The constant mentions of Trump’s “extraordinary divisiveness,” in the press underscore a perception that Trump is engaged in a race war of whites against whites; he seeks not to unite all whites around race, but rather to unite conservatives around whiteness.

In calling Warren “Pocahontas,” while emphasizing that she is not, Trump signals to his base that Warren, like other white liberals, is a “phony” and a race traitor. Warren and other liberals are also implicitly identified in this discourse as “racists.” The other implication here is that white liberals like Warren are racists in that they hate other white people/“America” for being white.

What does this tell us about white liberalism? Why was Warren initially so vocal and insistent that she was part Cherokee? Why did she view this claim as politically useful? And what’s at stake more broadly when whites claim to be part American Indian (Day 2016, Deloria 1969)?

Indigenous ancestry claims among whites have a long history in the US. In the colonial era, some white settlers “appropriated indigenous symbols, attributes and skills” as a means of establishing a cultural and national identity distinctive and separate from that of Britain, as well as to declare rightful or natural dominion over the land comprising the colony (Glen 2015). In the decades after the Revolutionary War, the exclusion of “the [I]ndian” from anti-miscegenation law and the encouragement of white/Indian intermarriage formed part of a larger settler-colonial strategy of Indigenous “elimination through assimilation,” in establishing that the Indian might be absorbed into the white (Maillard 2007). In the antebellum era, white southerners might claim Indigenous roots as part of a defense of slavery and the Southern way of life, in opposition to incursion from federal government and the North (Smithers & Newman, 2014).

In the contemporary US, American Indian ancestry claims may also serve to “stabilize” or “shore up” whiteness as an identity, as they facilitate a genetic/familial distancing from the history of white supremacy. For white liberals, who may understand whiteness as an “empty” or negative identity (Logan 2011), Indigenous ancestry claims may allow for the appropriation of a more “authentic” racial self, or of a “less bad” kind of whiteness.

According to sociologist Jessie Daniels, writing in the Huffington Post, “there is a lot of overlap between believing you’re a ‘little bit Cherokee’ and white supremacy. … [W]hite families tell their children about a connection to a mythic Native American past as a way to lay claim to territory and to a sense of belonging. It is a way of asserting: we are the true First Peoples.”  Thus this practice, embraced by the most liberal of liberal politicians, resonates with the heart of Trumpism. In each instance, these claims engage in  Indigenous erasure. Thus, they may be considered a form of racial “desire” that is contiguous with white racial, national, and territorial dominance.[2]

What larger social issues seem to be at stake for the left?  What was all the kerfuffle and handwringing over this issue in the liberal media about?

Something that has implicitly been debated is: what are the dimensions of white solidarity and ally-ship with non-whites? How can liberal whites legitimately use race, and how should they not? And of course, what political tactics can be used against Trumpism, and which should be avoided?

The controversy over Elizabeth Warren’s claims of Native American ancestry reveals the discomfort and anxiety about race that often plagues the left and the still-fraught nature of the relationship between white liberals and the question of race in America. 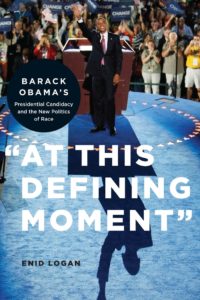 Enid Logan is Associate Professor of Sociology at the University of Minnesota. She is the author of “At This Defining Moment”: Barack Obama’s Presidential Candidacy and the New Politics of Race, available from NYU Press.

[1] For several decades now, sociologists have identified “racial colorblindness”—the notion that it is best to be “blind” to racial matters, and to claim not to “see” race- as the dominant paradigm for understanding racial matters in the US. However, the last decade or so offers clear evidence of an ideological shift away from the paradigm of colorblindness and towards politically-influenced, deliberate consciousness(es) of race.