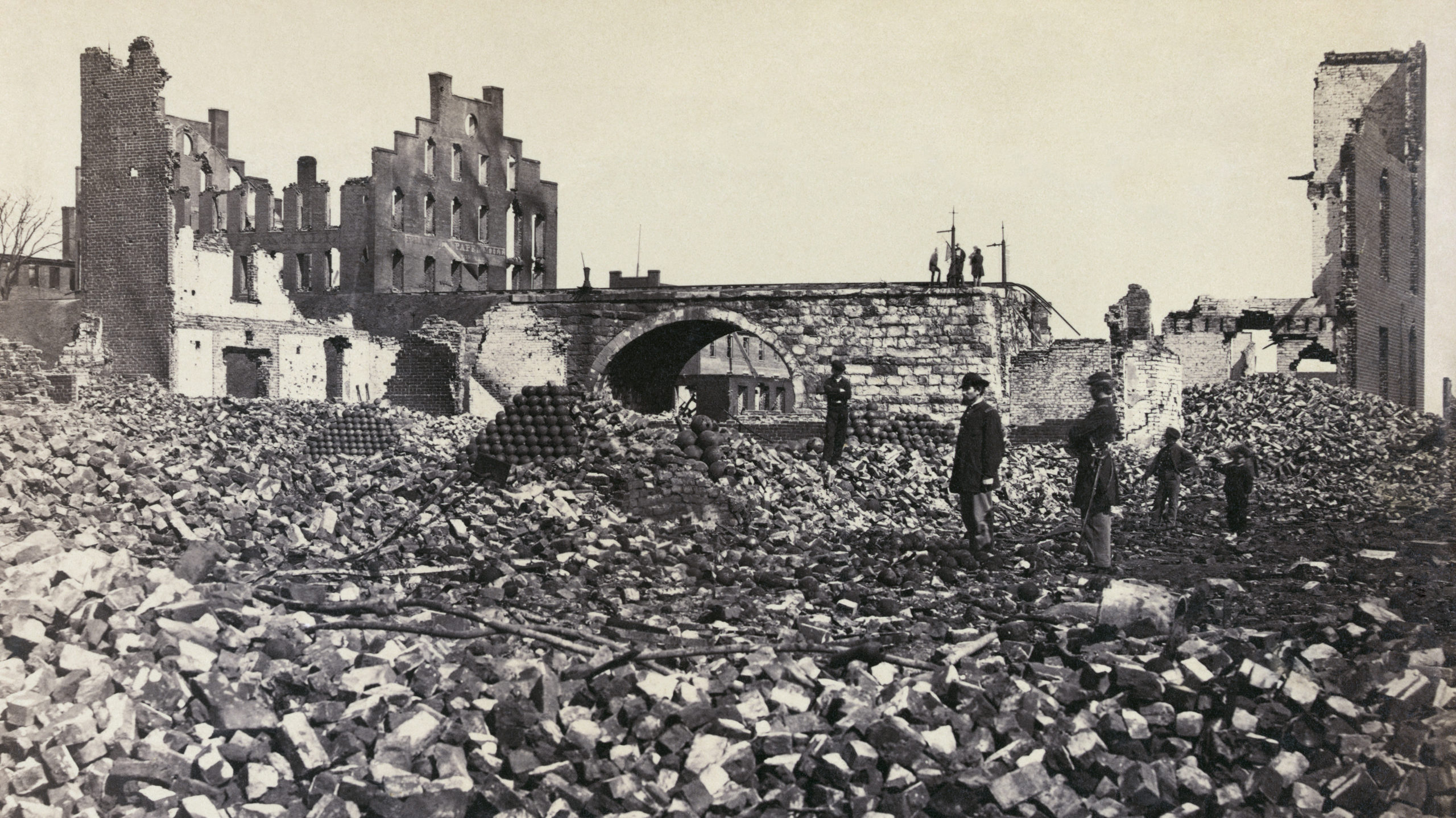 —Thomas A. Foster and Margaret Storey

Does it matter what brought our nation to its knees and resulted in 1.5 million American casualties?

As citizens, professional historians and scholars of slavery and the Civil War in the department of history at our nation’s largest Catholic university, we are compelled to tell you that, yes, it does matter what caused our Civil War. It also matters that our president makes statements that fly in the face of what grade schoolers are required to understand.

In a recent interview with the Washington Examiner, President Donald Trump said, speaking about one of the most studied topics in American history: “People don’t realize, you know, the Civil War, if you think about it, why? People don’t ask that question, but why was there the Civil War? Why could that one not have been worked out?’” He also declared that President Andrew Jackson was “really angry that he saw what was happening with regard to the Civil War. He said, ‘There’s no reason for this.’”

President Jackson, owner of more than 100 slaves, died 16 years before the Civil War, and social media quickly lit up with this fact-check.

This is not President Trump’s first significant historical controversy. In February he referred to Frederick Douglass as if he were still alive and was not a 19th-century American hero. Some weeks later, he was “shocked” to learn that his audience had heard of the 19th century feminist, Susan B. Anthony.

One could dismiss this as simple (if shocking) illiteracy. But historical illiteracy is no joke, and we dismiss it at our peril. Indeed, such illiteracy has prompted some politicians to attack the study of history as valueless in a technologically-driven world.

Understanding history is vitally important, and not just because history explains our contemporary society. A key value of studying history is that it teaches us how to draw conclusions based on evidence. Understanding how to weigh evidence — thoroughly and scrupulously — is the only way to make reasoned decisions in any field. It’s also the only way to sift through the “fake news” that President Trump deals in, and that sullies our civic discourse and shackles us all from moving forward.

For all these reasons, History is power.

Our president recognizes this and wields his ignorance like a weapon, reveling in his ability to dominate the reasoned discourse of experts with his own, tortured resistance to their authority. He purposefully co-opts historical topics to serve his, and his supporters’, political ends. At the extreme, they include those who deny that slavery was at the core of the Civil War, and also deny other historical atrocities, including the Holocaust.

For those of us who confront our nation’s history as a professional duty, the sentiment that basic historical knowledge is vital for participation in our democracy is a given. But plenty of Americans agree that understanding our history is necessary for ensuring a successful future. Indeed, it is part of our citizenship test — a test that we doubt our president could pass.

Our nation is still painfully contending with the consequences of the enslavement of millions of its people. We have yet to face, much less account for, the generational wealth divide that enslavement created. Nor have we escaped the violence that enslavement required, and that our society continues to enact.

For all these reasons, our president must understand what caused the Civil War. He must understand that our national history matters. And we, as citizens, must hold him — and ourselves — accountable for getting it right.

[This op-ed originally appeared in the Chicago Sun-Times.]

Margaret Storey is Professor of History at DePaul University, with specialties in the American Civil War and the South.