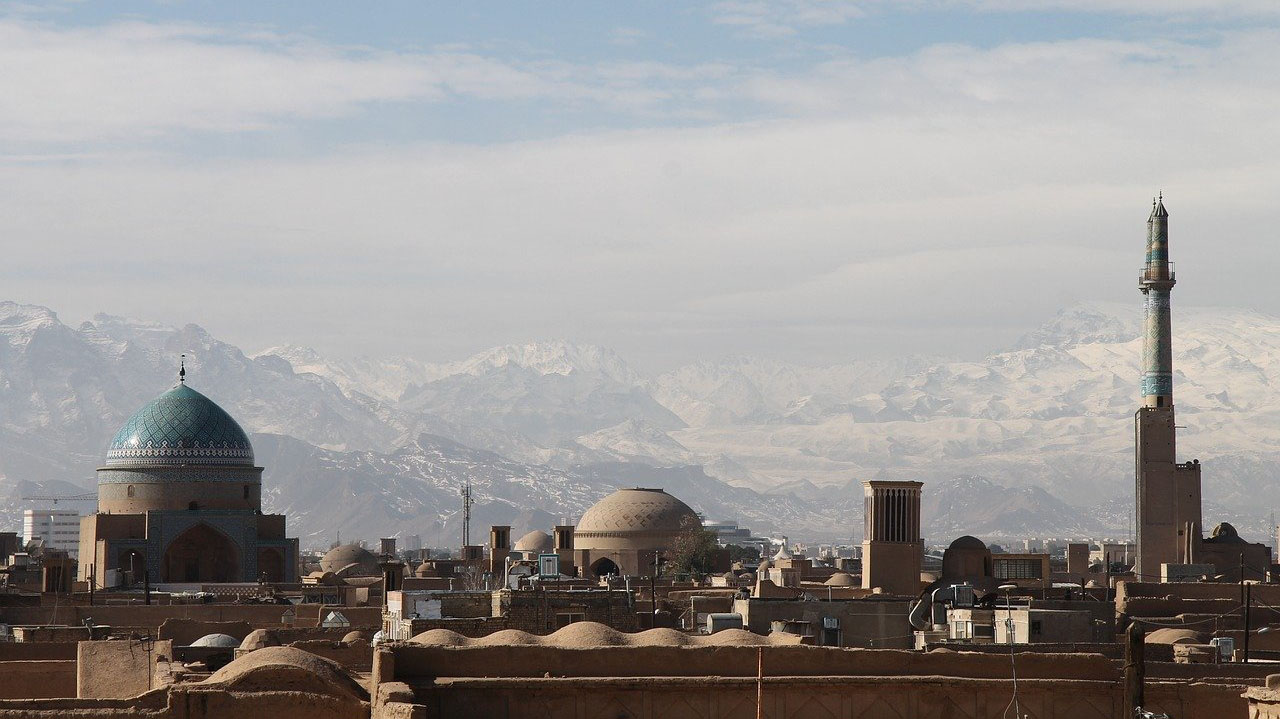 Deepen your understanding of modern Iran through these five essential books. Explore the art, culture and politics of this complex country, and the ways each has been shaped by international conflict since the 1979 Islamic Revolution. Order these books at 30% off with the coupon IRAN30 on nyupress.org. 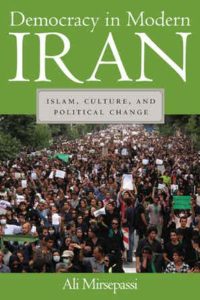 Can Islamic societies embrace democracy? In Democracy in Modern Iran, Ali Mirsepassi maintains that it is possible, demonstrating that Islam is not inherently hostile to the idea of democracy. Rather, he provides new perspective on how such a political and social transformation could take place, arguing that the key to understanding the integration of Islam and democracy lies in concrete social institutions rather than pre-conceived ideas, the every day experiences rather than abstract theories. Mirsepassi, an Iranian native, provides a rare inside look into the country, offering a deep understanding of how Islamic countries like Iran and Iraq can and will embrace democracy.

Democracy in Modern Iran challenges readers to think about Islam and democracy critically and in a far more nuanced way than is done in black-and-white dichotomies of Islam vs. Democracy, or Iran vs. the West. This essential volume contributes important insights to current discussions, creating a more complex conception of modernity in the Eastern world and, with it, Mirsepassi offers to a broad Western audience a more accurate, less clichéd vision of Iran’s political reality.

Order the paperback at 30% off with coupon IRAN30 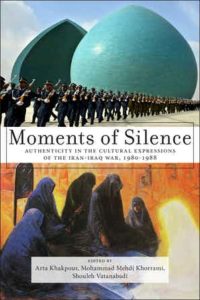 Authenticity in the Cultural Expressions of the Iran-Iraq War, 1980-1988

Explores how writers, filmmakers and artists have attempted to reckon with the legacy of a devastating war

The Iran-Iraq War was the longest conventional war of the 20th century. The memory of it may have faded in the wake of more recent wars in the region, but the harrowing facts remain: over one million soldiers and civilians dead, millions more permanently displaced and disabled, and an entire generation marked by prosthetic implants and teenage martyrdom. These same facts have been instrumentalized by agendas both foreign and domestic, but also aestheticized, defamiliarized, readdressed and reconciled by artists, writers, and filmmakers across an array of identities: linguistic (Arabic, Persian, Kurdish), religious (Shiite, Sunni, atheist), and political (Iranian, Iraqi, internationalist). Official discourses have unsurprisingly tried to dominate the process of production and distribution of war narratives. In doing so, they have ignored and silenced other voices.

Centering on novels, films, memoirs, and poster art that gave aesthetic expression to the Iran-Iraq War, the essays gathered in this volume present multiple perspectives on the war’s most complex and underrepresented narratives. These scholars do not naively claim to represent an authenticity lacking in official discourses of the war, but rather, they call into question the notion of authenticity itself. Finding, deciding upon, and creating a language that can convey any sort of truth at all—collective, national, or private—is the major preoccupation of the texts and critiques in this diverse collection.

Order the paperback at 30% off with coupon IRAN30 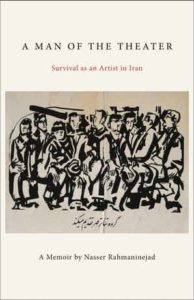 A Man of the Theater

Survival as an Artist in Iran, a memoir

A Man of the Theater tells the personal story of a theater artist caught between the two great upheavals of Iranian history in the 20th century. One is the White Revolution of the 1960s, the incomplete and uneven modernization imposed from the top by the dictatorial regime of the Shah, coming in the wake of the overthrow of the popular Mosaddegh government with the help of the CIA. The other one is the Iranian Revolution of 1979, a great rising of Iranian society against the rule of the Shah in which Khomeini’s Islamist faction ends up taking power.

Written in a simple direct style, Rahmaninejad’s memoir describes his fraught creative life in Tehran during these decades, founding a theater company and directing plays under the increasing pressure of the censorship authorities and the Shah’s secret police. After being arrested and tortured by the SAVAK and after spending years in Tehran’s infamous Evin prison and being a cause célèbre of Amnesty International, Rahmaninejad is freed by the Revolution of 1979. But his new-found freedom is short-lived; the progressive intellectuals and artists find themselves overpowered and outmaneuvered by the better organized Islamists, leading to renewed terror and to exile.

In Western perception, the Iranian Revolution, which this year has its 40th anniversary, often overshadows the decades of Iran’s modern history that preceded it. A Man of the Theater fills this gap. The title derives from a time of torture in prison when interrogators ordered him to write everything about his activities. To avoid revealing anything incriminating he took pen in hand and wrote and wrote about all his artistic passions, beginning, “Here it is—this is my life! I am an artist! A man of the theater!” 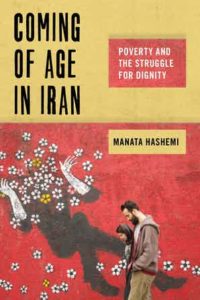 Coming of Age in Iran

Poverty and the Struggle for Dignity

In Coming of Age in Iran, Manata Hashemi takes readers inside the lives of Iranian youth. Drawing on first-hand accounts, Hashemi shows how the young Iranian men and women known as the “burnt generation”—those between the ages of 15 and 29, who came of age after Iran’s 1979 Islamic Revolution—face their future prospects.

With a compassionate eye, Hashemi paints a nuanced portrait of their day-to-day struggles in Iran. Hashemi spent months with these youth, observing them at bazaars, hair salons, parks, and mosques, tutoring them in English and sharing meals in their family homes. Many young Iranian men and women are jobless, living with their parents, and delaying marriage, ultimately failing to meet what they consider the traditional benchmarks of adulthood. Hashemi follows their stories, one by one, as they try to climb up the proverbial ladder of success.

Coming of Age in Iran sheds light on the inner lives of a new generation of Iranian youth as they struggle in the face of ongoing economic crisis. 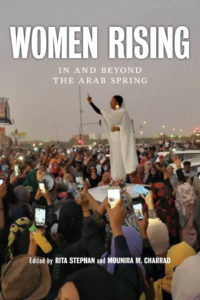 In the Arab Spring and Beyond

Groundbreaking essays by female activists and scholars documenting women’s resistance before, during, and after the Arab Spring

Images of women protesting in the Arab Spring, from Tahrir Square to the streets of Tunisia and Syria, have become emblematic of the political upheaval sweeping the Middle East and North Africa. In Women Rising, Rita Stephan and Mounira M. Charrad bring together a provocative group of scholars, activists, artists, and more, highlighting the first-hand experiences of these remarkable women.

In this relevant and timely volume, Stephan and Charrad paint a picture of women’s political resistance in sixteen countries before, during, and since the Arab Spring protests first began in 2011. Contributors provide insight into a diverse range of perspectives across the entire movement, focusing on often-marginalized voices, including rural women, housewives, students, and artists.