A recent Slate article by Jasmeet Sidhu, provocatively titled “How to Buy a Daughter,” explores the use of pre-implantation genetic diagnosis (or PGD) for the purposes of guaranteeing that a pregnancy results in a son or daughter. As Sidhu notes, “the average cost of a gender selection procedure at high-profile clinics is about $18,000, and an estimated 4,000 to 6,000 procedures are performed every year. Fertility doctors foresee an explosion in sex-selection procedures on the horizon, as couples become accustomed to the idea that they can pay to beget children of the gender they prefer.” So many things are striking about this phenomenon, including the way class and gender intersect in who has access to the resources to gain this kind of control over the gender of their eventual children. Through the social resource of money, affluent parents can control the apparently natural process of determining the sex of a baby. 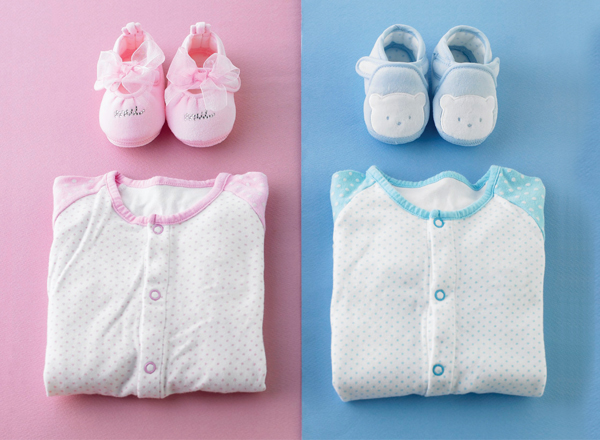 But there’s another connection between social factors and what is apparently natural, one lurking at the root of the very assumption that one’s children will be dramatically different people depending on whether those two chromosomes are XX or XY, and it’s a connection I address in my new book, The Gender Trap: Parents and the Pitfalls of Raising Boys and Girls.

I interviewed a wide range of parents of preschoolers—they included mothers and fathers, some gay and some straight. Among the interviewees were biological parents as well as adoptive, foster and step parents, partnered parents as well as single parents, and parents from a variety of racial and class backgrounds. I began each interview with a simple question: Before you ever had children, did you have any preference for eventually having a son or a daughter? Most did recall a preference one way or the other, and as I put it in my book, “At this early stage, on the relatively frictionless plane of imagination, parents from all backgrounds expressed a strikingly consistent narrative of traditionally gendered offspring.” As I go on to note,

“They recounted envisioning iconic scenes of mothers shopping and talking with daughters and fathers playing catch and watching football with sons. They spoke about sons carrying on the family name and protecting female siblings, and daughters staying close emotionally long after childhood. These parents assumed that their children’s interests and tendencies would be determined by whether they were male or female, indicating that they anticipated a highly gendered child. For parents who ended up having a child whose gender they preferred, these anticipations are potentially self-fulfilling prophecies, as they began constructing their child’s gender even before the child was born. Even those who did not have a child with the preferred gender may well have laid the foundation for assumptions about what their eventual child would not enjoy, given their gendered assumptions about the preferred child.”

I refer to this process as gendered anticipation, and one of the many examples I offer comes from a mother who indicated that she wanted a daughter because she “wanted a soul mate, someone who would grow up with me over the years and do things with me.” I argue that in the process of anticipating that a daughter would be a soul mate or that a son would enjoy playing sports, these parents are socially constructing the outcomes many will later read back as naturally issuing forth from their child’s chromosomes. As they draw on socially enforced images, there is clearly potential for this gendered anticipation to become a trap that parents may not even realize they are falling into, a trap that awaits their anticipated children as well. And this trap casts its net beyond their individual children and households. In what they assume about boys and girls, and about mothers and fathers, parents reinforce positive judgments about those who perform gender conventionally and reinforce obstacles for those who do not. Without any intention of doing so, these parents contribute to the social gender norms that later shape their own and their children’s behavior.

Loosening these kinds of expectations, beginning with pre-parenthood gendered anticipation, has the potential to dismantle other elements of the gender trap, and help create a better world for children and a more equitable world for adults as well.

Emily W. Kane is Professor of Sociology at Bates College, and author of the recently released, The Gender Trap: Parents and the Pitfalls of Raising Boys and Girls.

One thought on “Wanting a soulmate? Gendered anticipation and the gender trap”