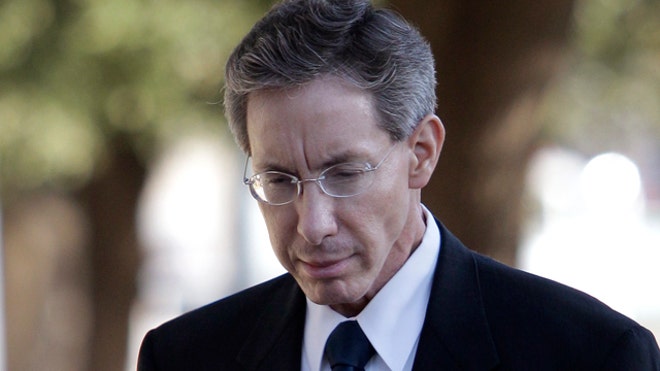 The April 4 news story by ABC News regarding the imprisoned leader of the Fundamentalist Church of Jesus Christ of Latter-Day Saints (FLDS), Warren Jeffs is misleading in several respects. The reporter, Amy Robach, asserts that “there are some people who believe that he is more powerful now that he is behind bars than he was when he was living in that community.” Played to the listening audience, a Texas Department of Corrections (TDC) official’s statement (recorded by telephone) implies a sense of helplessness: “If somebody comes in and visits with [Jeffs] and he gives them instructions and they take them back by word of mouth, there’s just nothing we can do to control that.” In the closing segment, ABC anchor Diane Sawyer asks Robach if the young girls are still in danger. Robach responds by stating that “according to every ex-FLDS member we’ve spoken to, the answer is unfortunately yes. The police say they have very little authority at this point because the parents of these young girls and children are relinquishing the control over to other adults as has been dictated by Warren Jeffs and police say without a witness, there is very little they can do.”

I would like to counter the first claim that Jeffs is somehow more powerful than ever in his incarcerated state. While Jeffs is still issuing edicts from prison, there are approximately 1,500 members who are not in compliance with his demands. Simply put, the community is in disarray. Several hundred members have left and hundreds more are following another rival leader, William E. Jessop, who was a former FLDS bishop and who rejects the authority of Jeffs. In contrast to Jeffs, Jessop has liberalized gender roles, condemned underage marriage, and promoted high school and college education. Therefore, it is clear that Jeffs does not have “complete control” over the FLDS. And since Jeffs is never likely to leave prison, his authority will likely wane, not increase.

In terms of the second claim that the police has little authority in FLDS cases concerning young girls, I would like to demonstrate that the state actually has considerable space to intervene. The District Court in Texas, in vacating its conservatorship over the FLDS children at the YFZ Ranch in 2008, mandated that each parent, child, or other person, could not interfere with the ongoing supervision of the children by the Texas Department of Family and Protective Services. In other words, the state may visit the home of the children to interview and even examine (medically or psychologically) at any time, without announcing the visit ahead of time. Thus, there is extensive state control over the young FLDS girls in Texas. Moreover, the families and children are not allowed to leave the state, further underscoring its authority in a space that media discourse has claimed it has had none. As well, I question whether family and children protective services in southern Utah or Northern Arizona, where the main communities are located, are as powerless as implied.

Finally, let’s draw attention to reporter Robach’s preface to the claim that the young girls are in danger. She states, “According to every ex-FLDS member we’ve spoken to….” There are volumes of research literature to show that the accounts of ex-members of controversial religious groups such as the FLDS are notoriously unreliable. My book (co-edited with James T. Richardson) on the FLDS raid, specifically addresses this unreliability. I am not discounting all of these accounts, but it’s important for us to consider the sources and recognize that some ex-members are disgruntled and may have an axe to grind; they are not purely objective or impartial sources, and accordingly inflect our understanding of the events with their biases.

Stuart A. Wright is Professor of Sociology and Chair of the Department of  Sociology, Social Work & Criminal Justice at Lamar University.  He is the co-editor (with James T. Richardson) of Saints Under Siege: The Texas State Raid on the Fundamentalist Latter Day Saints (NYU Press, 2011).