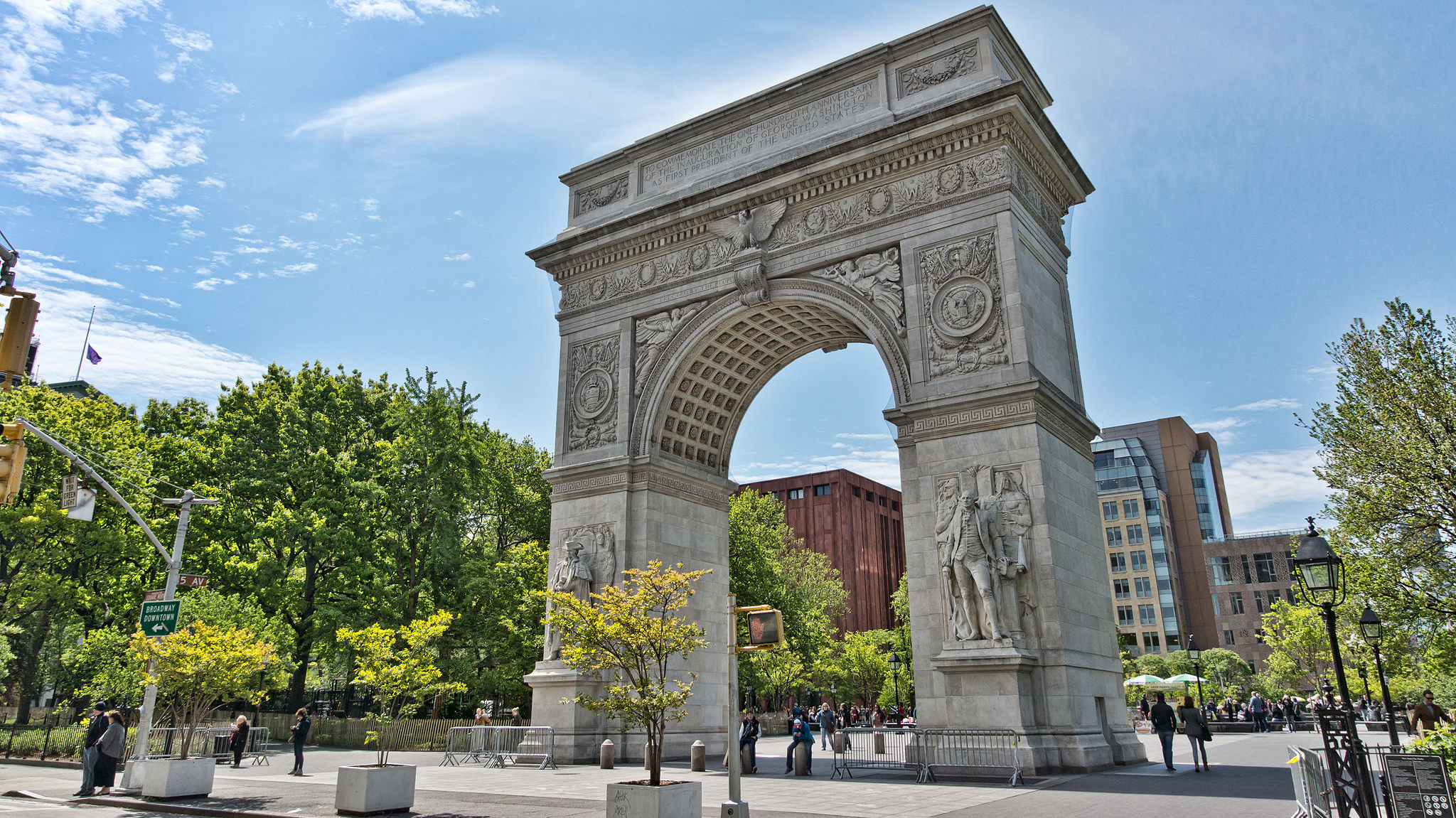 After spending more than a thousand hours observing the behavior in Washington Square Park, from kissing couples to fumbling fist-fights, I’m left to grapple with the matter of accounting for the square’s relative harmony. It can’t only be the surveillance and the cops alone; other urban spaces have them as well, and most experience substantially more crime, petty and serious, more racial friction, and a greater sense of unease among its visitors.

Crime is lower in Washington Square than it is for any of Manhattan’s major parks and squares of comparable size. Whites tell me that blacks are welcome, and African Americans back up that assertion, saying that they indeed feel welcome, and all who comment on the matter describe the park as peaceful—a place where everyone can relax and chill.

Washington Square Park is set in the middle of an affluent, nearly all-white neighborhood. The ample presence of children and their caretakers certainly puts a damper on conflict and wilder, asocial behavior in the square. The artificial grass playground is located just across the southwest corner of the park from the chess tables, where mostly black hustlers hang around, waiting for a game, then engage in intense contests with their usually white opponents; no one seems to feel there’s anything amiss about the ecology of the arrangement.

The social coupling of men into heterosexual twosomes and so, the lower proportion of single men, relative to some others squares and parks, certainly adds to the gregarious feel of the space. The virtual disappearance of gay cruising and sex in the park has removed a major source of tension that prevailed in earlier eras; no parent with small children wants to peek into the bushes and spy one man sodomizing another. The design and layout of Washington Square—true, after multiple renovations—was masterful not only from the perspective of esthetics but also line-of-sight; standing at the fountain and boxing the compass will yield a view of what’s going on in major swathes of the entire space.

Washington Square is hardly free from conflict. I saw a number of locals complaining to a PEP about an extremely loud and clangorous drummer; one of these guys told me he wanted to stab the dude, but of course, he did not. One guitarist, whom a PEP told had to disconnect his amplifier, demonstrated with his fist to a friend what he wanted to do to the officer, but again, he restrained the impulse.

I saw several performers competing for the prime location for putting on a show—the empty fountain basin—and one of the members of a troupe shoving a solo act away from the spot, even throwing a couple of his props (two oranges) into some nearby trees, but again, no violence ensued.

I witnessed two fist-fights (and the aftermath of another), which resulted in a total of one not very hard punch being landed. True, cameras tell everyone there that their actions are under surveillance by the police; the ever-presence of the PEP, the NYPD, and occasionally, the NYU safety patrol, likewise, remind visitors, on one side of the law or the other, that serious wrongdoing is likely to lead to apprehension.

Conflict is probably inherent to the human condition, but in a given delimited spot, violence may not be. Add to the mix the substantial presence of mentally disordered individuals, the major ongoing marijuana-selling enterprise a few dozen yards from the central fountain, and visitors who come from the ends of the Earth, the fact of the relative cordiality of the place is nothing short of remarkable.

Located in a country whose leader is doing his very best to keep immigrants out, our gateless Washington Square Park seems to embrace everyone who respects the rights of others. To the extent that democracy combines majority rule and minority rights, this space truly is an exercise in democracy. 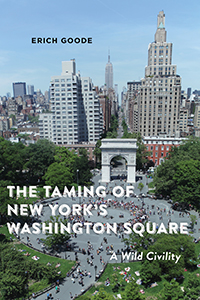 Erich Goode is Professor Emeritus of Sociology at Stony Brook University. He is the author of numerous books, including the newly published The Taming of New York’s Washington Square: A Wild Civility, and also Drugs in American Society, Deviant Behavior, and Justifiable Conduct.