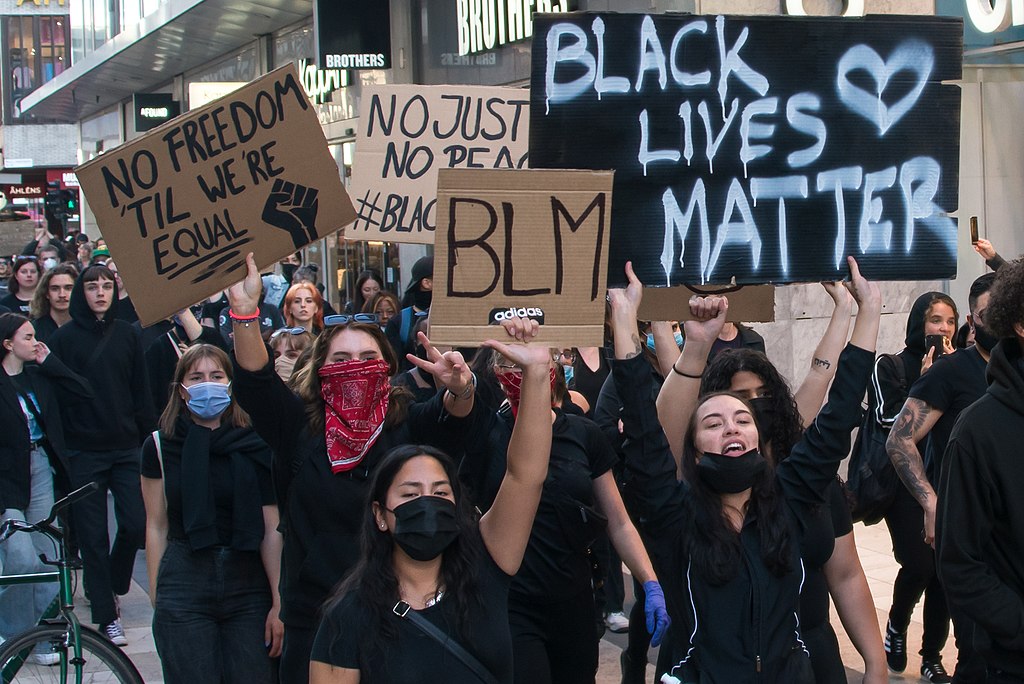 I wrote this for several rallies in the past week on behalf of #BlackLivesMatter and the multi-racial protests for an end to white supremacy and carceral rule.

We too often call the police for protection

We are not actively anti-racist enough

There is no neutral silence

Silence is read as acquiescence or active support

Stop being too protective of yourself

You can only do this because you are white

Wear a mask and then

Live like you are a Black woman and do what must be done.

Ask this of your white mother and father and sister and grandparents and grandchildren.

You need to be ready to have less so others can have what they need, and deserve.

The new equality will feel strange.

You will lose some of your white friends.

How do I know if I am doing enough?

And, if you are not feeling sad, uncomfortable, in chaos—you definitely are not.

In case you are feeling uncertain:

DEMAND THAT YOUR FRIENDS AND FAMILY DO AT LEAST ONE THING TO UNSETTLE WHITE SUPREMACY – one thing a week. There are tons of lists—do a google search.

UNTIL YOU DO THIS you will not know the camaraderie and the courage and the joy that being anti-racist feminist can bring you. But also be ready to be lonely sometimes.