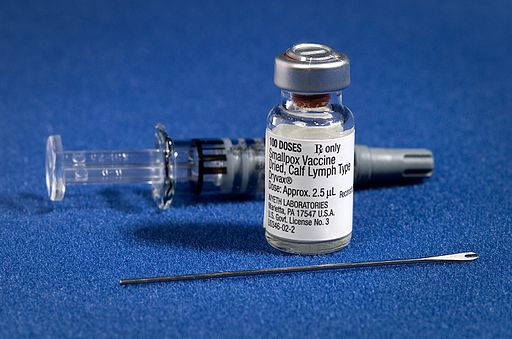 Actor Robert DeNiro hand-picked the documentary Vaxxed: From Cover-Up to Catastrophe to show at the Tribeca Film Festival in New York, which he founded. The film, which has since been removed after widespread criticism, explores well-traveled terrain. At the center (according to promotional materials) are perennial claims that vaccines cause autism. More specifically, the movie focuses on a 2004 study published in the well-respected journal Pediatrics in which researchers from the federal Centers for Disease Control and Prevention (CDC) argue there is no causal link between autism and the measles-mumps-rubella (MMR) vaccine. The filmmakers revisit a controversial claim by one of the authors: data showed that for a subset of African American boys vaccinated before the age of three years, the risk of autism increased with on-time vaccination and the CDC threw those data out.

The article authors have explained that since this was a case-control study that used birth certificate data alongside other health records, this pattern was a product of limited data and the way the study was defined. The subset of African American boys with an autism diagnosis who were vaccinated early were more likely to have autism and vaccination because of early intervention programs that place the children in programs for children with special needs that more aggressively demand vaccination. In other words, having the diagnosis got very young kids into a program that required vaccination rather than the vaccinations caused the kids to develop special needs. This was a very small group in a large dataset and the researchers did not report differences by race. One of the co-authors, William Thompson, apparently had second thoughts and communicated his concerns publicly about the exclusion of these data; those who distrust vaccines quickly dubbed him the “CDC Whistleblower.”

Thompson, who publicly states he “would never suggest that any parent avoid vaccinating children of any race,” is not the first person to ask whether the CDC has adequately examined data related to vaccines and autism. He won’t be the last. But the movie Vaxxed is the latest and most powerful inquiry because its director is the man who was among the first to make such claims: Andrew Wakefield.

Wakefield, you may recall, was a British gastroenterologist who in 1998 published a study of arguing there was a causal relationship between autism and vaccination with the combined MMR vaccine, used in combination since the late 1980s in the U.S. and U.K. Discovery of undisclosed financial conflicts, questions of research ethics, and the inability of others to reproduce his results led many of his co-authors to renounce the study and the journal to retract it. In 2010, Wakefield was barred from practicing medicine in the U.K. As on British judge later explained, “There is now no respectable body of opinion which supports [his] hypothesis, that MMR vaccine and autism/enterocolitis are causally linked.”

The movie Vaxxed, with DeNiro as its champion, promises Wakefield’s vindication. Exposing the far-reaching government cover-up, which extends to every “respectable body” in science, would prove he was not wrong, but that the CDC is ubiquitously powerful in silencing detractors like him. The controversy over the film’s inclusion in the festival (placing artistic concerns aside) provides evidence that this conversation isn’t going anywhere for one simple reason: no one can prove a conspiracy doesn’t exist.

The chasm between those who believe vaccines cause autism and those who do not is unbridgeable because we cannot agree on common facts, methods, data, or process for answering this question. Rather, the more scientists, researchers, government agencies, or courts try to adjudicate this issue by pointing to voluminous data in rigorously designed cross-national and population-level studies, the more the other side sees further evidence of a powerful cover up.

Take Wakefield as an example. Despite losing his medical license, having his research retracted, and resigning his position at an autism treatment center in Texas, he is still seen by some as a hero. The more he is discredited, the more the conspiracy is revealed. In 2009, the National Vaccine Information Center, the largest U.S. organization to oppose vaccine mandates, awarded Wakefield its Humanitarian Award for speaking truth to power. In 2015, when California lawmakers removed non-medical exemptions that had allowed unvaccinated children to access school and childcare settings, Wakefield led public protests. He is widely lauded in blogs and websites as an advocate for autistic children, even as he continues to label them damaged (a label many reject).

At core, how one sees the Tribeca Film Festival controversy rests on whether one trusts science. If you believe the regulatory bodies charged with testing vaccines and assessing their efficacy and safety are part of a large conspiracy, if you imagine the majority of pediatricians are dupes to the conspiracy (if not willing participants), and if you imagine vaccine-preventable illnesses are not as bad as the risks of the vaccines, no amount of data or peer-reviewed analyses will be satisfactory. And when peer-reviewers—experts in research, biostatistics, immunology, epidemiology, or medicine—reject a manuscript because of poor methods or undisclosed conflicts of interest (as was, for example, the case with one of the film’s consultants, Brian Hooker), it becomes easy to see this as further evidence of the conspiracy. As NVIC founder Barbara Loe Fisher writes, “If you question the quality of vaccine science or policy, you will be demonized, harassed, and sanctioned for being an unbeliever and questioning the wisdom of doctors and scientists in positions of authority.”

Vaxxed provides an image of a group of film makers looking at the reportedly discarded data themselves. This image is as compelling as it is humorous. Crowded around the computer, we are to imagine the data are self-evident. They require no analysis, no interpretation. Yet, even those sympathetic to the claims Vaxxed make admit the data do not show a causal relationship between rising rates of autism (which most everyone agrees are real) and the MMR vaccine. All the film’s interviews with struggling parents of autistic children can also not establish causality. This does not diminish the reality that for a parent of an autistic child—one like Robert DeNiro—the challenges are real and the lack of an explanation is frustrating. As DeNiro told the Today Show, “If you’re a father, you certainly understand what it’s like to go through the worry about your kids, especially if they’ve got issues…Sometimes it can be overwhelming. It can be nightmarish and upsetting. There’s nothing much you can do but deal with it.” Perhaps DeNiro’s goals to create “the opportunity for a conversation” about autism by showing Vaxxed was his effort to do something, to deal with it. Yet, having such a conversation demands a set of facts and methods we can all agree upon so we can move the discussion forward.

Jennifer Reich is Associate Professor of Sociology at the University of Colorado, Denver. She is the author of Calling the Shots: Why Parents Reject Vaccines (NYU Press, 2016).

One thought on “Why are we still talking about autism and vaccines? (And why is DeNiro asking us to?)”