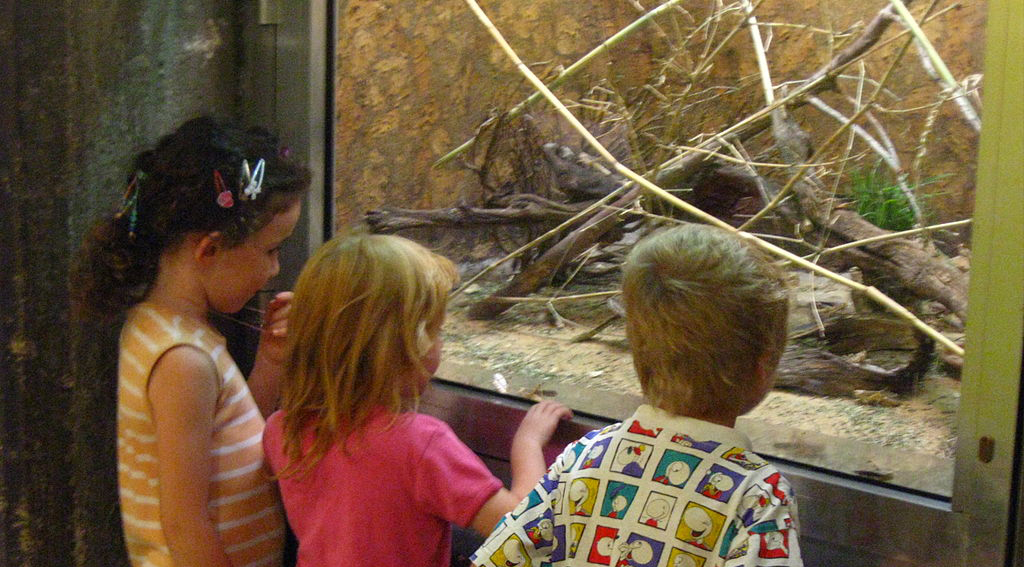 The recent public excoriation of the mother whose three-year-old son slipped through a barrier at the Cincinnati Zoo and fell into a gorilla enclosure is striking, but not surprising. More than 500,000 people signed a petition urging that the mother be charged with child neglect, illustrating the widespread tendency to blame parents—and especially mothers—whenever a child’s health or well-being is endangered. The assumption underlying the knee-jerk reaction in this case is that it must be the mother’s fault; that is, she must have been negligent, either by not watching the child closely enough, not holding his hand more tightly, or not having been distracted by her caregiving responsibilities to other children. Nowhere in this outpouring of opprobrium is there any mention of others who might have been able to prevent this incident, including, first and foremost, the Cincinnati Zoo, which could have installed more substantial barriers to prevent visitors from coming into close contact with the animals they came to see. Fortunately, after a full investigation, Hamilton County prosecutor Joseph Deter decided not to prosecute this mother, sparing her the pain of a criminal indictment and trial, if not the sting and stigma of public second-guessing.

Blaming mothers is automatic, almost instinctive. Like the cheap dinner guest with “alligator arms” who doesn’t pay the check in the Geico commercial, blaming moms is “what we do” in our society. The tendency to blame mothers for all potential and actual harm to their children is deeply imbedded in our psyche, our culture, and our legal system. Legal historian Lawrence Friedman has long noted the growing trend in American society to seek a legal remedy for many accidents or unfortunate incidents which previously would have been viewed simply as bad luck.

In the criminal justice system there are multiple reasons why mothers, and not others, are frequently blamed for “risking” their children’s health. Two stand out here. The first is the highly elastic concept of negligence, which is evaluated under the “reasonable person” standard. The second is the multitude of unconscious psychological mechanisms which influence how we draw conclusions, whether it is a quick judgment tweeted into the Twittersphere or a legal judgment rendered by prosecutors, judges, and juries. In American criminal law, a person is negligent when he or she should have been aware, but was not aware, of “a substantial and unjustifiable risk” of harm, a risk which is so large that the person’s failure to perceive it “involves a gross deviation from the standard of care that a reasonable person would observe” under those circumstances. Model Penal Code § 2.02 (2) (d). Although reasonableness is by definition situational, our intuitive conception of what is reasonable in a particular scenario depends heavily on cultural stereotypes and unconscious “heuristics,” cognitive shortcuts that help us navigate new situations.

In modern American culture, mothers are supposed to be perfect, or nearly so. Thus, the concept of “the reasonable person,” who morphs into “the reasonable mother,” is swiftly elevated to the status of “the perfect mother,” an infinitely generous, vigilant, and heroic figure – somewhere between Mother Theresa (who of course was not a mother) and the first Madonna. When any mortal mom is compared to the perfect mother, she is likely to be found wanting, and thus, potentially negligent.

The situation of real mothers, including the mother at the Cincinnati Zoo, is made harder by the unconscious heuristics that influence how we think. Two are especially relevant here: the hindsight bias and the fundamental attribution error. As explained by Professor Baruch Fischhoff, the hindsight bias leads us to believe that a particular outcome was not only foreseeable, but inevitable, since it in fact occurred. The fundamental attribution error is an elegant way of describing how we often react to unsettling events. As Professor Carol Anderson describes the phenomenon, most people unconsciously believe in a just world, in which “good things happen to ‘good’ people and bad things happen to ‘bad’ people.”  When tragedies occur, we tend to explain them by blaming the person involved, ascribing it to her character or choices, instead of considering the situation in which she found herself. This, of course is easier and more emotionally satisfying than admitting that bad things do happen to good people and that we cannot control them.

Taken together, the malleable concept of the reasonable mother and unconscious psychological processes explain why it is that the mother of a curious and rambunctious three year old, who appears to have momentarily transferred her attention from her son to her other maternal responsibilities, could become the subject of such intense public vilification and judgement.   The incident at the Cincinnati Zoo, and the social media response to it, makes clear that time is long overdue for the public, the news media, and the law, to evaluate the conduct of real mothers in accordance with the realities of modern American life, not some fictionalized vision of perfect parenting judged with the luxury of hindsight.

Linda C. Fentiman is Professor at Pace University Law School and the author of the forthcoming book, Blaming Mothers: American Law and the Risks to Children’s Health.

2 thoughts on “Why do we blame mothers when children are harmed?”