On Monday, at 9:00pm, the nation anxiously awaited the decision of twelve ordinary citizens. National and international media prepared to report on the collective efforts of the grand jurors assembled in the Darren Wilson/Michael Brown case. Those ordinary citizen-jurors had worked for three months, digesting the testimony of 60 witnesses, reams of documents, and physical, medical, and forensic evidence. 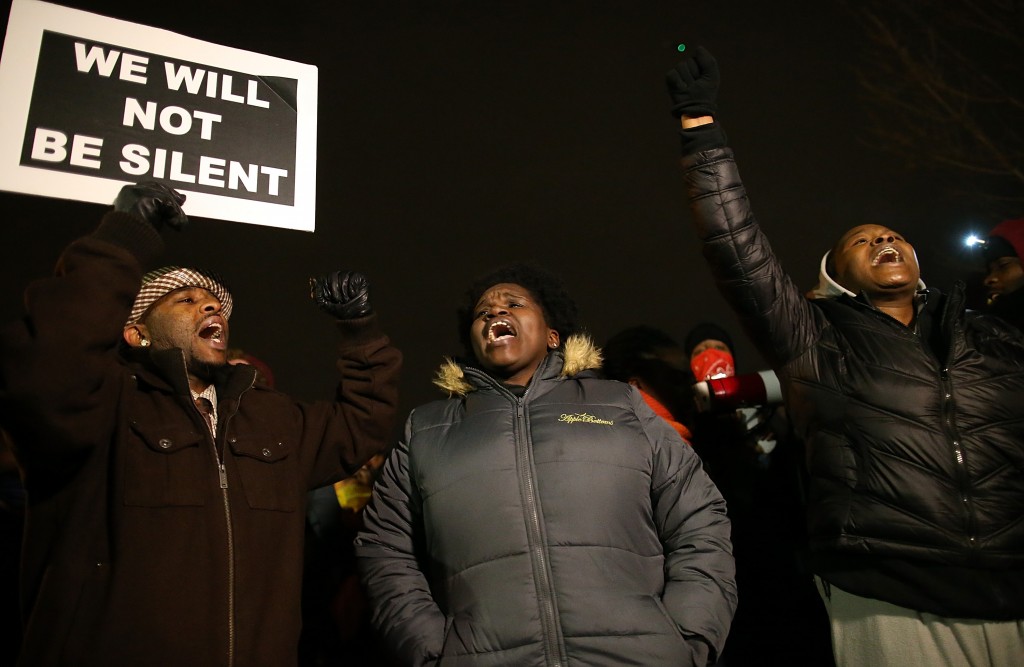 The striking thing about that moment before the prosecutor announced the “no true bill” was the faith that the crowd had in the institution of the grand jury. The crowd was quiet, peaceful, and hopeful that the legal process would work. It was a moment of faith in a democratic system that trusts citizens to judge citizens. And, what is so tragic about an already tragic police shooting is that this faith was undermined by the grand jury process itself.

To be clear, the grand jurors did exactly what they were supposed to do. They listened to the evidence, they deliberated, and they made a decision based on a legal standard that is quite protective to claims of self-defense by law enforcement officers. But, they did so in a grand jury that was not typical, and was, in many respects, quite unusual compared to the normal grand jury process.

As a general matter, for reasons of efficiency and tactics, most prosecutors do not allow the grand jurors the ability to request evidence or ask for testimony as was done in the Darren Wilson grand jury. If such an open process were done in the normal course, grand jury indictments would be much slower to reach, and trial convictions much more rare because all of the conflicting statements and evidence produced at the grand jury would have to be turned over to the defense. For those reasons, most prosecutors generally have witnesses summarize evidence, testify through hearsay, and seek only to produce evidence sufficient to reach the rather low standard of probable cause.

Last year in Kaley v. United States, Justice Elena Kagan remarked that probable cause at a grand jury was an “undemanding” standard which serves merely a gateway function before trial: “Probable cause, we have often told litigants, is not a high bar: It requires only the ‘kind of “fair probability” on which ‘reasonable and prudent [people,] not legal technicians, act.’” Thus, this expansive, extensive grand jury investigation was not the usual process to find probable cause.

At the same time, at least in theory, grand juries are expected to play the role of protectors of the accused. Grand juries were designed by the Founders as part of our constitutional structure to protect citizens from unfounded prosecutions and political pressure. What the prosecutors did in this case was faithful to that original purpose.

The tension—now a national flashpoint—is that such a fulsome grand jury investigation is not done in the ordinary course, and certainly would not have been conducted if Michael Brown had killed Officer Darren Wilson. Both investigations would go before a grand jury, yes, but the process of an extensive and complete grand jury investigation would likely not have occurred. This two-tiered structure plays into a narrative of unequal treatment of minorities at the hands of police, an inequity that raises real issues of racial justice and police-citizen trust in St. Louis and beyond.

In the coming days, pundits, lawyers, and citizens will debate the merits of the evidence released that night, and the wisdom of the path the prosecutors took in placing all of the evidence before the grand jury. But, no matter the debate, what those grand jurors did was to be commended and respected. Those jurors showed that grand jurors matter, and will continue to matter in society. Hopefully, as a society, we will take this opportunity to educate ourselves about the role of jurors and try to regain a renewed faith in the legal system.

For more thoughts on the subject, please see the recent episode of The Diane Rehm Show on Ferguson.

Andrew Guthrie Ferguson is author of Why Jury Duty Matters: A Citizen’s Guide to Constitutional Action (NYU Press, 2012) and an associate professor of law at the David A. Clarke School of Law at the University of the District of Columbia.