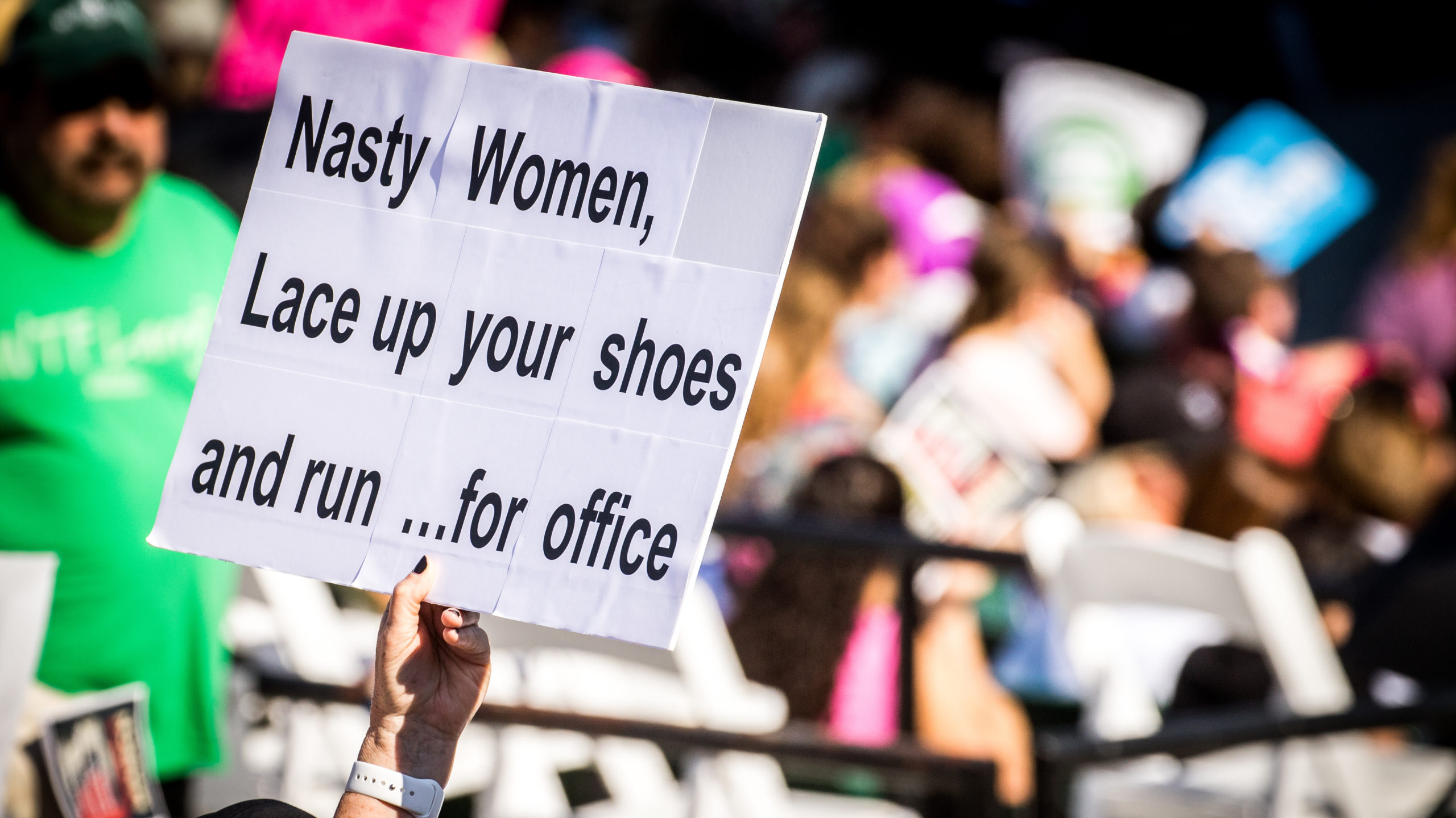 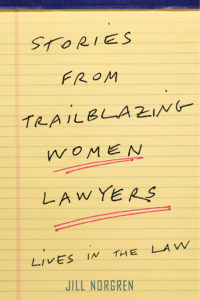 Stories From Trailblazing Women Lawyers (May 2018) tells the captivating story of how a diverse group of women, including Janet Reno and Ruth Bader Ginsburg, broke the glass ceiling and changed the modern legal profession.

In Stories from Trailblazing Women Lawyers, award-winning legal historian Jill Norgren curates the oral histories of one hundred extraordinary American women lawyers who changed the profession of law. Many of these stories are being told for the first time. As adults these women were on the front lines fighting for access to law schools and good legal careers. They challenged established rules and broke the law’s glass ceiling. Here are a few of their remarkable experiences, in their own words:

Brooksley Born chose a career in law after an all-too-familiar late 1950s experience with an academic counselor:

At the beginning of my sophomore year I went to the counseling service at Stanford [University] which gave vocational testing, and I asked to be vocationally tested, which they thought was a little strange–that a woman would want to have vocational testing. There were two tests . . . one for men and one for women. I took the one for women but then I said I wanted to take the one for men, which they really thought was strange. But they allowed me to take it. Then they analyzed the results . . . . I had scored very low in the women’s test on being a nurse….And I tested very high on being a doctor on the men’s test. The counselor sat me down and said that the difference in my scores for nurse and doctor showed that I didn’t want to be in medicine for any compassionate reasons, that this was just purely greed on my part and bad motives that I would want to be a doctor. That made me very upset, but nonetheless I quit pre-med. I was indignant [at the counselor] even in that era. I was a member of that society then too, and I largely bought into its values, but I knew he was wrong.

Late in her senior year, Born made the decision to apply to law school. It was a career choice that Born had also flirted with, influenced by her mother’s best friend, Trailblazer Miriam Wolff, Director of the Port of San Francisco who, unlike the counselor, was encouraging: [Miriam] made it obvious to me that law was an okay career path for a woman.  She was very supportive.

Ada Shen-Jaffe’s experience with the administration at Suffolk University School of Law took a different turn:

Emboldened by the recent arrival on the scene of Ms. Magazine, three of us organized into ‘The Suffolk Women’s Law Caucus,’ got letterhead printed up and started issuing a newsletter with a column entitled ‘Pig of the Week,’ in which a quote from an offending professor would appear alongside a cartoon of a pig, and the question, ‘Who said this?’ On the back page, upside down, appeared the answer.

It didn’t take long for me to be called up to the Dean’s office and be ordered to apologize and cease and desist. I requested instead that the Dean send someone undercover to class to confirm whether the sexist behavior we reported was true, and then to take steps to sanction the professor. A few weeks later, the Dean called me in again and said the professor had been spoken to about his behavior and agreed to desist. I said that was not good enough, as without a public apology in front of the class, silence about his past behavior could be viewed as the administration’s condoning of it. The following day, the professor apologized to the class. But we were denied official student organization status, and a budget. When the undergrads at the student union heard, they gave us access to their office in an act of solidarity I have never forgotten.

Law professor Rosalie Wahl joined the Minnesota Supreme Court in 1977. In many states, the women’s movement was also having a significant impact on the local selection of officials, making it nearly impossible for politicians to ignore the absence of women judges on state courts:

I think there wouldn’t have been any women on the court if it hadn’t been that the women here in Minnesota became very politically active. This was the end of the ‘60s and the beginning of the ‘70s—the women’s movement was really gearing up. That’s when the Women’s Political Caucus was founded. That’s when the DFL Feminist Caucus, a Democratic Farmer Labor, and the IR Republican Caucus and Feminist Caucus [started] . . . . I can remember being at the annual DFL Feminist Caucus meeting, in February, 1977, when Governor Rudy Perpich came to speak . . . . Governor Perpich said ‘when there’s an opening on the Minnesota Supreme Court I will appoint a woman.’ Well, there he said it. This was in February, and this was the year that the U.S. Congress was going to create new federal judges, and Minnesota was going to get two. So we thought, this would be it. Walter Mondale was the Vice President and his old law partner Harry MacLaughlin was on the Minnesota Supreme Court. We knew he was going to get appointed to a federal district judgeship and when that happened there’d be an opening . . . . And there was the opening. Within three days, Gwen Jones, who was a reporter with the Minneapolis Tribune wrote up a story reminding Rudy of his promise. Nailing him to the wall . . . .  there were 18 candidates by the time we got down to the wire . . . and the women lawyers were very active in it. They had a process to interview people . . . . The women lawyers submitted a list. The DFL Feminist Caucus submitted a list of candidates that they felt were good. And the Women’s Political Caucus submitted a list. And I was on each of those lists which didn’t hurt.

These stories inspire us as we march towards a future in which young women will no longer have to fear sexual harassment or gender bias in the workplace. Women like the ones profiled in Norgren’s book laid the groundwork for the path we see women of all ages following today. It is stories like this that help us take necessary steps in the right directions, towards a brighter and more balanced future.

You can pre-order Stories From Trailblazing Women Lawyers here.