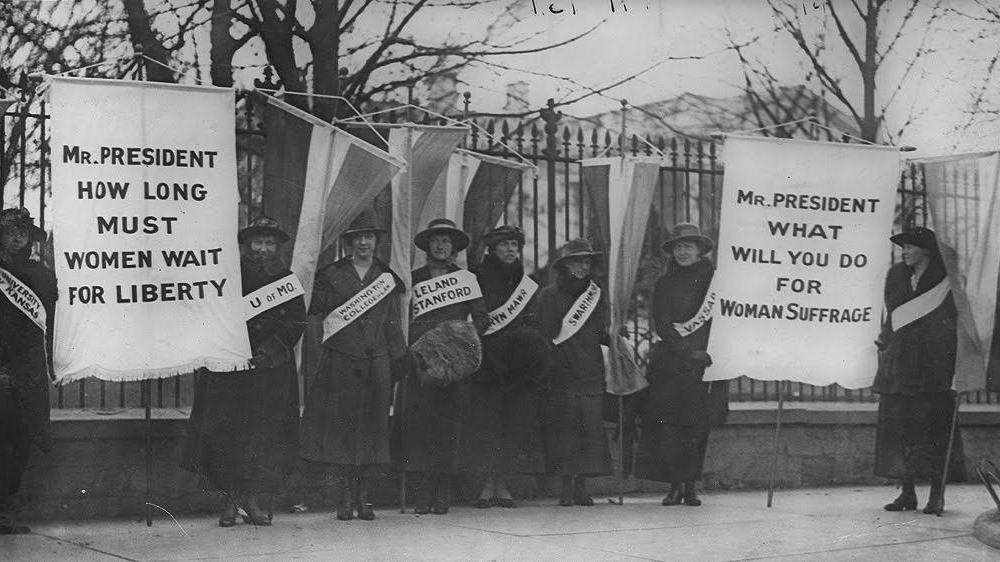 This is the first of a series of posts in the run up to Women’s Equality Day from author and historian Johanna Neuman, about the women whose stories form the backbone of her new book, Gilded Suffragists: The New York Socialites Who Fought for Women’s Right to Vote.

More than 500 women were arrested in 1917-1918, picketing the White House for their right to vote. Some 200 of them served time in jail. Most were young, and idealistic. At the time of her arrest, Louisine Elder Havemeyer was 63 years old, and sobered by life.

e to the suffrage campaign as a grieving widow who adored her husband. Henry Havemeyer was president of the country’s sugar trust. In 1907 the U.S. government raided the firm’s Brooklyn plant and suedAmerican Sugar Refining for rigging its weighing machines. Soon after, Henry died of kidney failure. Battling lawsuits and bad press, suffering in quick succession the deaths of her mother, her husband and, in 1908, her twin grandchildren, a depressed Louisine Havemeyer attempted suicide.

It was her friend, the artist Mary Cassatt, who suggested a new purpose in life. The two first met as schoolgirls growing up in Paris. During Louisine’s marriage, Cassatt advised the Havemeyers on purchases that turned their three-story mansion at Fifth Avenue and East 66th Street into a renowned gallery. With Cassatt’s guidance, the Havemeyers amassed a stellar collection of Impressionist art now housed in the Metropolitan Museum. According to family lore, Mary once convinced a teenage Louisine not to buy a Pissaro or a Monet, for which she had been saving her allowance, but to purchase instead a pastel painting of a ballet rehearsal by Edgar Degas. Though she was not much impressed by the painting – Louisine thought it “confused” — she learned later that her 500 francs had “rescued the poverty stricken Degas from a decision to abandon art.” In August 1914, as the drumbeat of war began in Europe, Cassett wrote again, urging Louisine to “go in for” suffrage, “for it is the women who will decide the question of life or death for a nation.”

A newly energized Louisine Havemeyer threw herself into the cause with characteristic zeal. To her children’s dismay, she marched in the 1913 suffrage parade in New York. She toured the state in her car, stumping for suffrage, often using a replica of the Statue of Liberty to demonstrate that women were only seeking their full rights as citizens. Once she brought her young grandson to a speech and placed him on a chair. “Friends,” she said, pointing in his direction, “If the men of your generation will not grant us justice now, you may be sure his generation will!” At this her grandson began to clap, prompting laughter from the audience.

She had told suffrage leaders that militancy was beyond her purview. “No picketing and no prison for me,” she said. “I don’t like the thought of either one.” But when Alice Paul asked her to travel to Lafayette Square to burn Woodrow

Wilson in effigy, Havemeyer felt she could not refuse, because so many other women had gone to jail for the cause. By her own account, and despite lighting several matches, she never did actually light up the paper figure, musing later that perhaps if she had, she would have received a life sentence. Instead, and in the face of obvious reluctance on the part of the police to cuff the sweet-faced 60-something activist, she and thirty-nine others were arrested. Placed in a prison “discarded ten years before as unfit to hold a human being,” she became radicalized. “Sparks of indignation snapped within,” she wrote. “Where was my Uncle Sam? Where was the liberty my fathers fought for? Where was the democracy our boys were fighting for?”

The publicity that greeted her arrest – headlines hinted at a society blueblood rotting in jail — delighted suffrage leaders.

Her relatives were horrified, as they telegraphed her in prison. “Oh those telegrams!” she wrote. “From them I gleaned I had stripped the family tree, broken its branches, torn up its roots and laid it prostrate in the dust. What had the whole treeful of innocents ever done that I should treat them thus?”

After five days, she was released from prison and returned to New York. She attempted to calm the family. She reminded her sister that John Bunyan had gone to jail. She cuddled her young grandson to assuage his fears that prison had changed her. And then she told them she was leaving town again for a few days. This time she joined the Prison Special, an attempt to deflect charges of disloyalty at a time of jingoistic support for World War I. It was a train of former suffrage inmates on the road in their muslin prison garb – looking sympathetic, telling tales, stoking interest. For women, it was part of the train from marginalized to empowered. 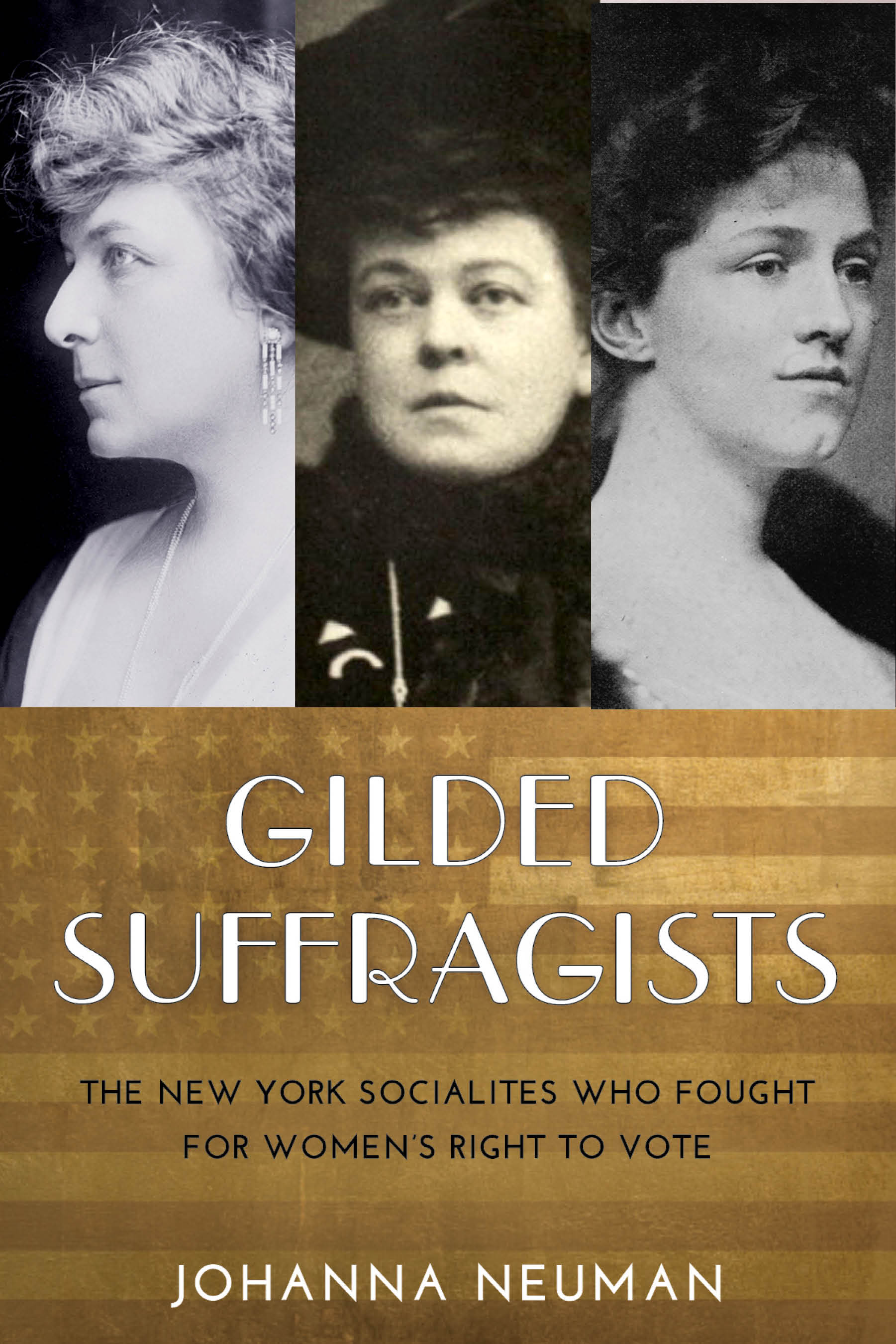