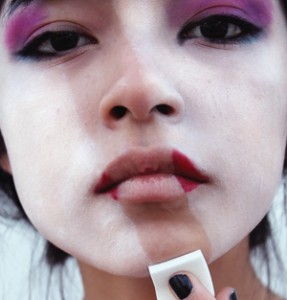 The celebration of Women’s History Month usually raises the opportunity to ask whose histories we are honoring and how we are representing histories of feminism and women’s leadership. From an international perspective, histories of women’s struggles and movements for justice are varied and complex. However, contemporary media images in the United States still tend to portray women’s rights as a property being given to poor or victimized women in other countries. These images often dovetail with the geopolitical trends of the contemporary moment – of war, intervention and economic anxiety. Images of oppressed women in regions such as the Middle East and South Asia displace long and complex histories of women’s struggles and achievements in these regions. It appears then as if the history of women’s movements originates in the United States and is transmitted to other regions of the world.

Women’s History Month gives us a moment to pause and consider how we come to know about women’s issues when we gaze outside of the borders of the United States. What point of origin do we assume when we learn about women? Do we hear about women in Afghanistan or Iraq through the rhetoric of saving women – one that is implicated in complex ways with war and intervention? Do we know about the life of women in India through the spectacle of one graphic gang rape in Delhi? And what do we not know or ask about when it comes to nations, cities, towns and villages that are not invoked through our particular national preoccupations with war, crisis and conflict?

Such questions provoke us to think about what kinds of histories are presumed through the politics and spectacles of the present. It allows us to grapple with the challenges of “knowing” the world in ways that are ethical. The process of becoming unfettered from the particularities of our own social and national locations is difficult but also critical for the ideals of justice that have inspired women’s movements. These challenges turn Women’s History Month into an ongoing struggle for the future as much as a memorialization of a record of the past.

Leela Fernandes is Professor of Women’s Studies and Political Science at the University of Michigan, and author of Transnational Feminism in the United States: Knowledge, Ethics, and Power (NYU Press, 2013).