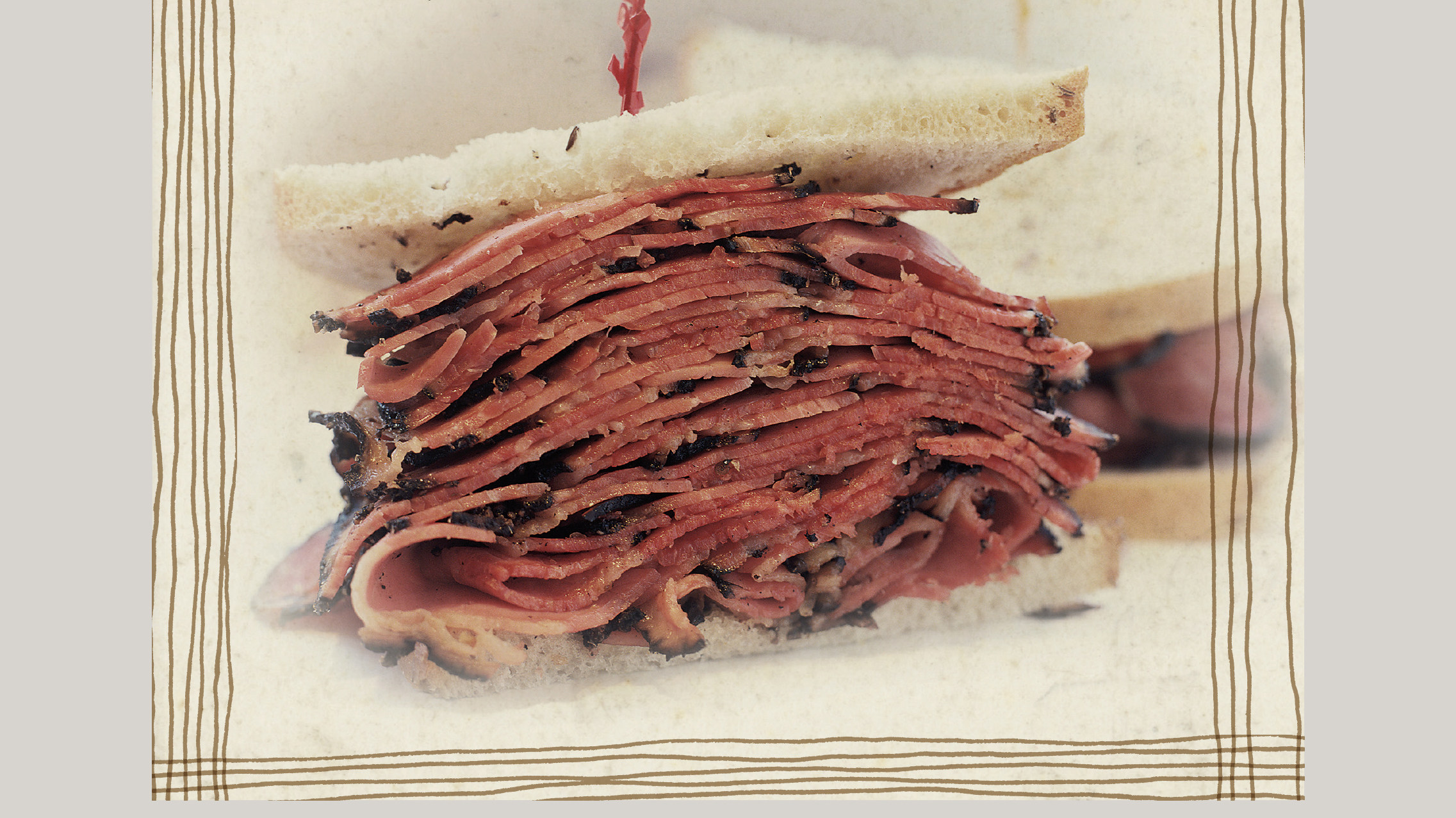 This article was originally published in The Conversation.

It was the bag of Fritos that gave me away. As a secular Jewish kid whose family did not belong to a synagogue, I did not think twice about riding my bike to the convenience store around the corner during the afternoon of Yom Kippur.

I knew that it was a solemn holiday when observant Jews do not eat or drink. But my public school was closed for the holiday, and there was little to do.

As luck would have it, as I came back around the corner, I nearly ran over a schoolmate who was walking on the sidewalk. I lived in a predominantly Jewish suburb of New York and was conscious that although I wasn’t fasting, he almost certainly was. The bag of corn chips that I was carrying betrayed me as a traitor to my faith.

Years later, as a scholar and author of “Pastrami on Rye: An Overstuffed History of the Jewish Deli,” I came to understand why the Jewish practice of abstaining from food on Yom Kippur is so out of step with the rest of Jewish tradition.

In both its religious and cultural guises, Judaism has always revolved around food.

Eating as a pleasure of life

In ancient times, Jewish priests known as “cohanim” sacrificed bulls, rams and lambs on the altar inside the courtyard of the Temple in Jerusalem, symbolically sharing a banquet with God.

After the Temple in Jerusalem was destroyed in A.D. 70 and Jews were dispersed throughout the Mediterranean basin, food remained a Jewish preoccupation. Because the kosher lawsrestricted what Jews could put in their mouths, much of every day was spent figuring out what and how to eat.

In 20th-century America, the Jewish delicatessen, with its fatty, garlicky fare, became on par with the synagogue as a communal gathering place.

The worldly emphasis of Judaism has, since ancient times, recognized eating as an essential pleasure of life. A passage in the Jerusalem Talmud states that Jews will be called to account in the afterlife if they have not taken advantage of opportunities to eat well.

Food, according to historian Hasia Diner, “gave meaning to Jewish life.” As the old joke goes, most Jewish holidays can be summed up by a simple formula,

Yom Kippur as a holiday of inversion

But not the Day of Atonement, which is a ritual rehearsal of one’s own death through refusing the demands of the body.

In Hebrew, Yom Kippur is connected linguistically to Purim, the springtime holiday of masks and merrymaking. But one could well ask: How is the most mournful day of the Jewish year comparable to the most raucous and ribald one?

On Purim, Jews drink alcohol, don disguises and feast on pastries. The element of masquerade, it has been said, makes it the one day of the year when Jews pretend to be other than Jewish.

Not eating on Yom Kippur similarly inverts the normal pattern of Jewish life. It is by abstaining from eating that Jews connect both to God and to their fellow Jews.

A symbol of rebellion?

For secular Jews, there is no better way to rebel against religious Judaism than to dine publicly on Yom Kippur.

In 1888, a group of anarchist Jews in London rented a hall in the city’s East End, where most of the Jews lived, and organized a Yom Kippur Ball with “antireligious lectures, music and refreshments.”

Over the next couple of decades, similar celebrations sprouted up in New York, Philadelphia, Boston, Chicago and Montreal, often triggering protests. Indeed, when Herrick Brothers Restaurant on the Lower East Side of New York decided to remain open on Yom Kippur in 1898, they unwittingly exposed their clientele to violence. Patrons were physically attacked by other Jews on their way to synagogue.

For starving victims of the Nazis, every day was Yom Kippur.

In a famous passage in Holocaust survivor Elie Wiesel’s nonfiction masterpiece, “Night,” the author, who was imprisoned in Auschwitz and Buchenwald, recalls deliberately eating on Yom Kippur as a “symbol of rebellion, of protest against Him,” for His silence and inaction in the face of the Nazi genocide.

“Deep inside me,” he writes, “I felt a great void opening” – not only a physical one, but a spiritual one as well.

But whether or not one fasts on Yom Kippur, the tradition has developed over just the last few decades, according to scholar Nora Rubel, of a lavish, festive meal at the conclusion of the fast.

For many Jews, as historian Jenna Weissman Joselit has noted, the break-fast meal is the most important aspect of Yom Kippur, in ways that outshine the religious elements of the day.

Breaking the fast in pop culture

In American popular culture, Jewish characters are often shown breaking the fast – while it is still daylight – with flagrantly non-kosher foods.

In Woody Allen’s 1987 film comedy, “Radio Days,” set in Brooklyn during the Great Depression, a Jewish family is so infuriated that their Communist Jewish next-door neighbor (played by Larry David) is eating and playing music on Yom Kippur that they fantasize about burning down his house. But then the uncle (played by Josh Mostel) goes next door and ends up not only eating pork chops and clams, but being indoctrinated with Marxist ideology to boot.

In a 2015 episode of “Broad City,” Abbi and Ilana down bacon, egg and cheese sandwiches, while in the inaugural episode of the Canadian Internet series “YidLife Crisis,” which debuted in 2014, Yom Kippur finds Chaimie and Leizer in a restaurant consuming poutine – french fries with cheese curds and gravy.

However, it may also include dishes from the host’s ethnic Jewish origins. Eastern European Jews traditionally dine on kreplach – dumplings stuffed with calves’ brains or chicken livers, Iraqi Jews drink sweetened almond milk flavored with cardamom and Moroccan Jews enjoy harira – lamb, legume and lemon soup – a dish that was borrowed from Muslim neighbors who were breaking the fast of Ramadan.

Whatever is on the menu, Jews eat with a vengeance to conclude the holiday, restoring them to the fullness of not just their stomachs but of their very Jewish identities. 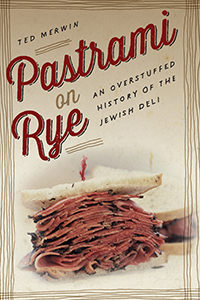 Ted Merwin is Associate Professor of Religion and Judaic Studies at Dickinson College (PA), where he is Founding Director of the Milton B. Asbell Center for Jewish Life. He writes about Jewish theater, dance, and food for the New York Jewish Week and other major newspapers and magazines. Now available in paperback: Pastrami on Rye: An Overstuffed History of the Jewish Deli, Winner of the 2015 National Jewish Book Award presented by the Jewish Book Council.