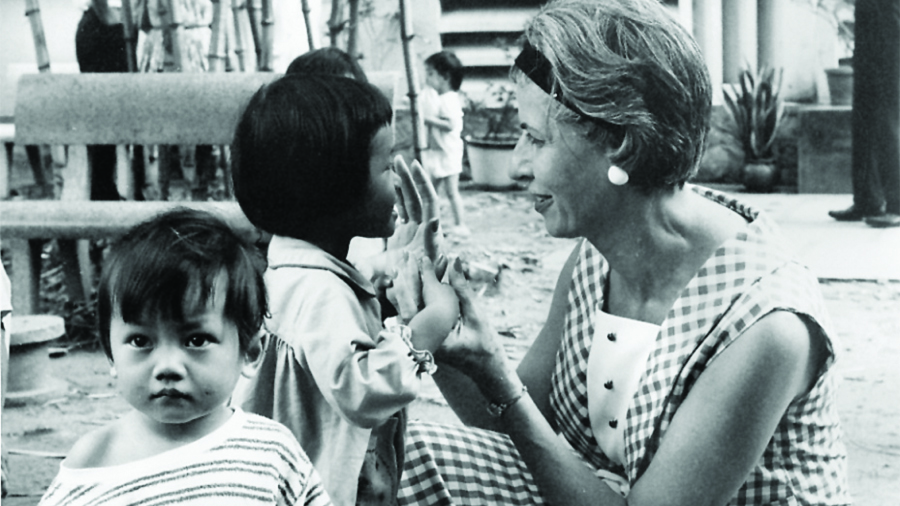 While Women’s History Month encourages us to recognize the individual achievements of pioneering women in various fields, that recognition should not be an end in itself. It would, and should, take far more than a month to find, reclaim, and remember women’s histories that have not yet been canonized. When their names and faces and their struggles and accomplishments have no traces in most libraries and archives, Women’s History Month provides a springboard from which we can acknowledge wellsprings of women’s history as yet untapped and then begin to document that history in meaningful ways.

As I conducted archival research on the history of Asian international and transracial adoption for my book Global Families, I encountered a number of challenges. I had mined archival records that included letters and reports authored by American, European, and Asian social workers. The majority of them were women whose work contributed to the viability and increasing popularity of international and transracial adoption in the United States and other Western countries during the post-World War II and Cold War periods. Global Families featured some of these women, such as Susan Pettiss, whose experience in refugee relief work as well as international adoption was pioneering and remarkable. Born and raised in Alabama, she graduated from the University of Alabama amid the Great Depression and left an unhappy marriage to pursue what would become a singular career in social work, including serving as the assistant director of the ISS-USA (International Social Service-American branch) from the mid-1950s through the early 1960s. A photo of Pettiss with Vietnamese children graces the book’s cover.

Though the life and work of pioneers like Pettiss are by now more well known among adoption scholars, archival records on the subjectivities and the experiences of Japanese, Korean, Chinese, and Vietnamese birth mothers and foster mothers for the most part simply did not exist. Extant documents that merely mentioned their presence or communicated (often indirectly) their thoughts were precious. Those few that I did find I used as much as possible to write about these women–women who were abandoned by the American soldier-fathers of their children, birth mothers who lived part-time with their children (while their children would live in orphanages at other times), foster mothers who cared for children soon to be adopted overseas, and women who painfully relinquished their children in the hopes that those children might have better lives elsewhere. Alas, I cannot document their names. I do not have any photos of them or substantive letters penned by them. Their presence is inextricably linked to absence.

Today, thankfully, cultural productions by and about adult adoptees comprise a much-needed archive that challenges this absence. For example, the final chapter of my book presents a close reading of Korean adoptee filmmaker Deann Borshay Liem’s documentary films “First Person Plural” and “In the Matter of Cha Jung Hee.” “First Person Plural” features a reunion and interview with her Korean birth mother Chun Kil-Soon that contextualizes Deann’s adoption in a larger history of economic hardship, and that articulates the birth mother’s agony. The film places a human face—a woman’s face—on the history of adoption that we ought to recognize, but that we rarely see. My hope for Women’s History Month is that, in addition to raising awareness of documented women’s milestones, it raises critical questions about absences in women’s histories and encourages reflection on the most humane ways to address these inequalities.

Catherine Ceniza Choy is the author of Global Families: A History of Asian International Adoption in America (NYU Press, 2013). She is a professor of ethnic studies at the University of California, Berkeley. In 2015-2016, she is a Fulbright Distinguished Lecturer at Yonsei University in Korea.

Global Families is featured on the Korean American Data Bank.

Save 20% when you order Global Families on our website! Enter the code KAD20 at checkout.