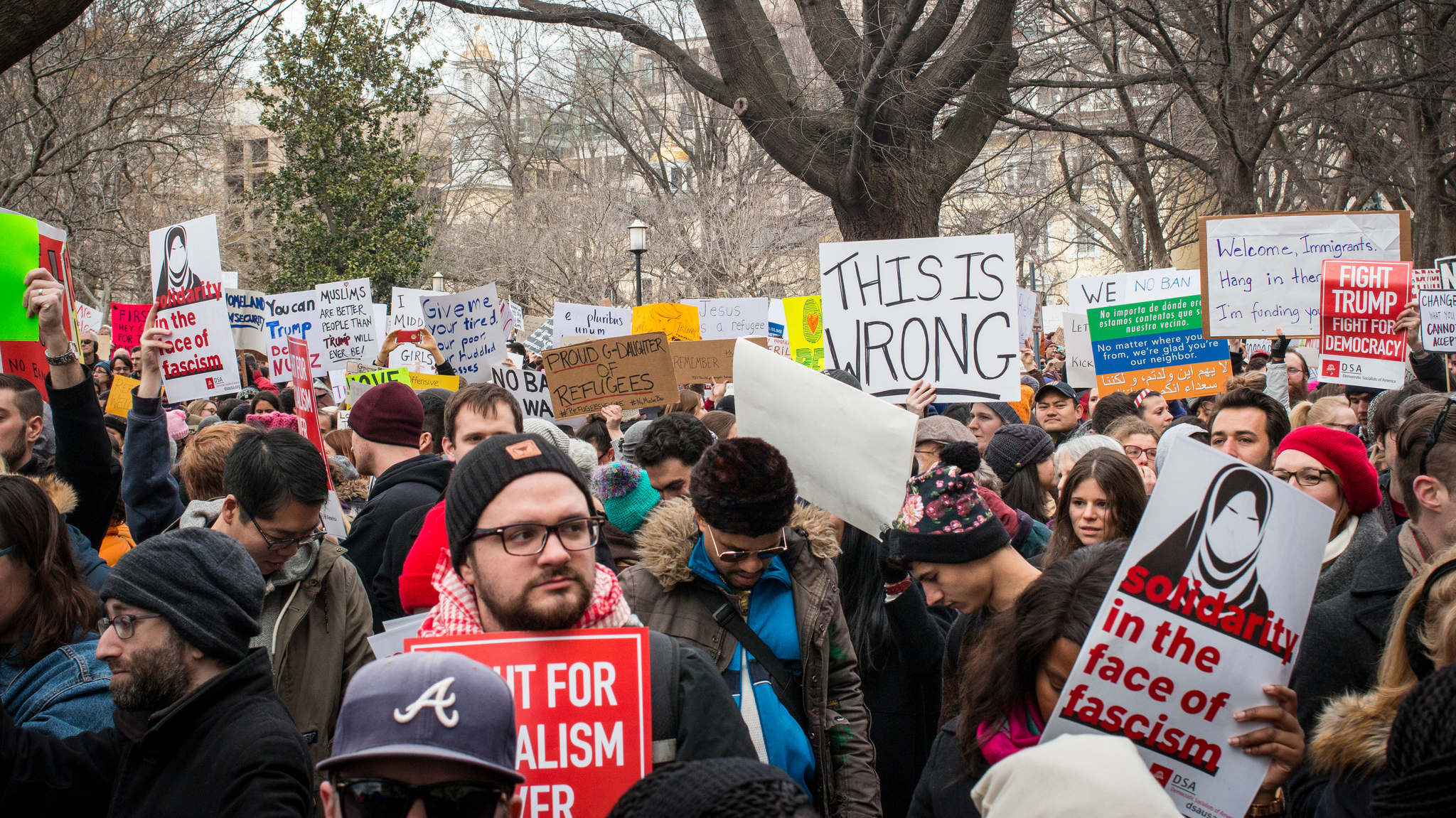 The image two years ago is a vivid one. The day was late on Friday, January 27 and I was already worn down. Earlier in the week, President Trump had issued two executive orders on immigration enforcement, and late into the nights, my clinic students and I had worked together to develop fact sheets for the community. But what came late in the day on Friday was life changing event for my clinic, my campus and my country. The final order of the week dropped down as an executive order but was labeled by many including myself as a “Muslim ban.”

The first version of the Muslim ban blocked the entry of individuals from seven countries: Iran, Iraq, Libya, Syria, Somalia, Sudan and Yemen, blocked Syrian refugees indefinitely and suspended the refugee admissions program for a period of 120 days. All seven countries have Muslim populations of more than 90%. Friday night and through the weekend, I participated in national conference calls, worked closely with community partners and clients like the American-Arab Anti-Discrimination Committee and Muslim Advocates, and produced fact sheets and information for the community, communicated with airlines refusing ticketed passengers to board and spoke to scores impacted or worried individuals. By Saturday morning, I was assisting a family detained at an international airport, wonder-struck by the chaos at airports, and helping members of my community stuck overseas, and unable to board a plane because of the ban.

Following the first weekend, we doubled down on community education and forums. Penn State University is the fourth most impacted university in the country by the first Muslim Ban. Our first community forum drew nearly 300 people in two overflowing rooms of the law school. Little did my law clinic students know they would be helping to educate such a large audience, a mere week into the semester.

Soon, the pedagogy in my clinic shifted from “reflective lawyering” to “lawyering in the fire.”

Eventually, a Seattle court blocked major portions of the Muslim ban. As a result of the Seattle decision, future travelers were more successful in obtaining visas and gaining admission into the United States. The second version of the ban blocked visas for nationals from six countries and made the exemptions more explicit.

With the death of the second ban came the advent of the third and latest ban, coined this time as a Proclamation. Version three imposes restrictions on all immigrants from six countries and certain other temporary visa categories. “Immigrants” largely include those seeking a green card through a family or employer relationship. This means that spouses, parents and children of US citizens, employees sponsored by US companies and other people in relationships Congress identified as legally qualifying ones, are prohibited from obtaining a visa because of the ban and absent an exemption or waiver. Each time I listen to a husband, wife, father or mother separated from his wife and/or children because of the ban, my heart breaks.

For more than a year, challenges to different versions of the ban made their way through lower courts, with version three landing in the US Supreme Court in 2018. Along with my co-counsel Peter Margulies and Wilmer Hale, we made statutory arguments to the Supreme Court arguing that version three of the ban conflicts with the immigration statute and undermines the legislative history that led the end of the national origin quotas and the creation of a non-discrimination clause by Congress prohibiting the use of factors like nationality and place of birth in the issuance of visas.

On June 26, 2018 the Supreme Court held by a decision of 5-4 that the Proclamation is lawful on both statutory and constitutional grounds. Since the Supreme Court decision, my focus has been on screening and speaking with individuals covered by the ban and in collaboration with organizations like the American Immigration Lawyers Association, developing tools and advocacy tips for how to apply for a waiver.

Others have focused on challenging the defects in the waiver process and building relationships locally and with members of Congress. Possibly, legislation can alleviate some of the harms caused by the ban or narrow the scope of future exclusionary programs. How this chapter ends remains uncertain but the resilience of those impacted and strength of communities and attorneys advocating on their behalf gives me hope. 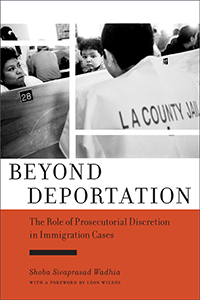 Shoba Sivaprasad Wadhia is the Samuel Weiss Faculty Scholar and Law Professor at Penn State Law and founding director of its Center for Immigrants’ Rights Clinic.* She is the author of Beyond Deportation (NYU Press 2015). Her second book, Banned: Immigration Enforcement in the Time of Trump will be published later this year with NYU Press.

*Institutional affiliation is provided for identification purposes only and does not represent the views of the institution.

Feature image used under CC0 in the Public Domain. Photograph by Liz Lemon on Flickr.