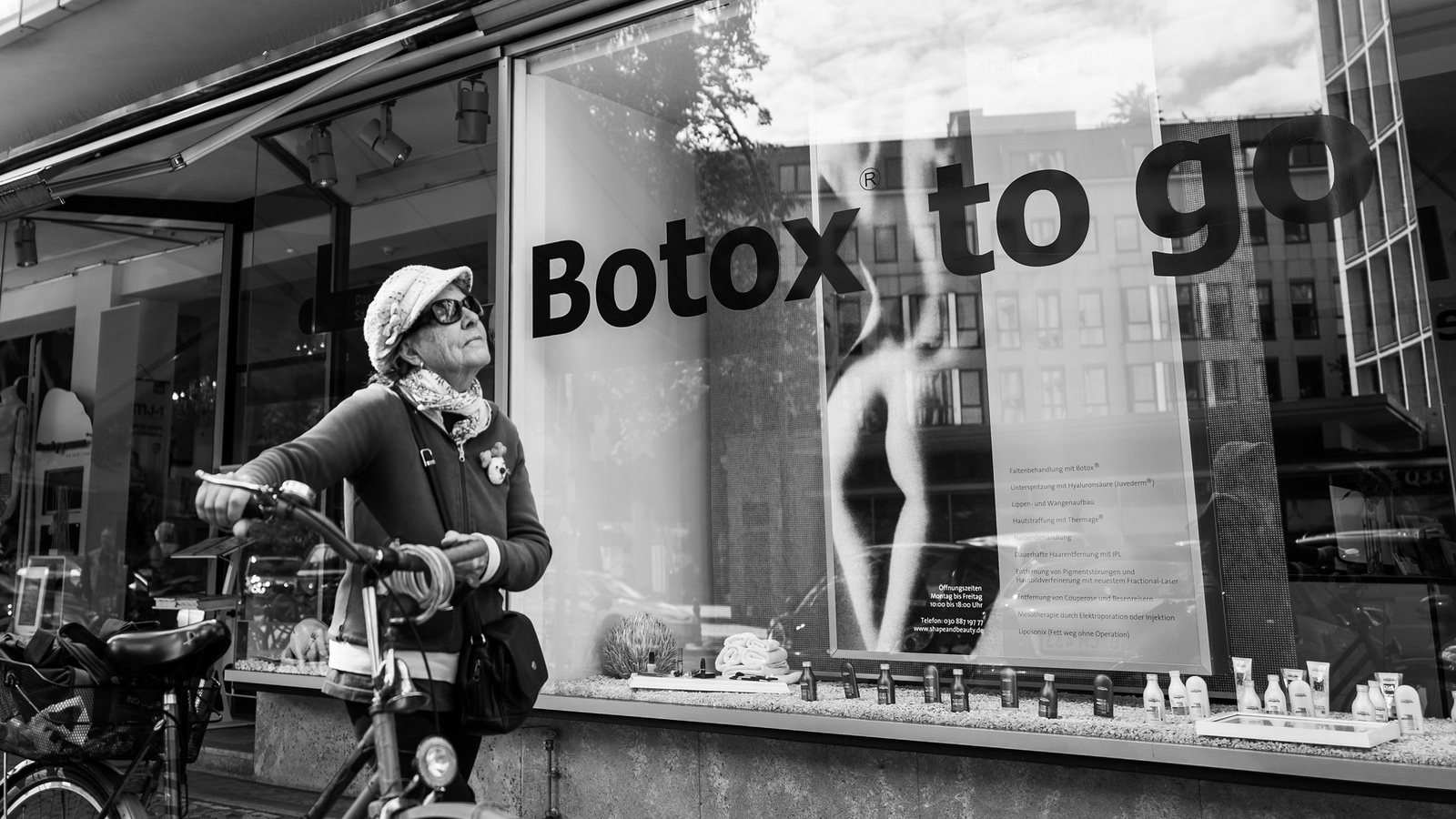 Reposted with permission from Beauty Demands

Americans’ burgeoning consumption of cosmetic procedures and anti-aging enhancements such as Botox raises important questions about exactly how and to whom these drugs are being marketed.

Profiting on societal expectations for women’s bodies and faces to remain young and beautiful, Allergan, the pharmaceutical company that owns and manufactures Botox, aggressively markets the drug to the typical American middle-class and middle-age everywoman. This targeted advertising campaign has been extremely successful. Over 90 percent of users are women and almost 60 percent are between the ages of forty and fifty-four. However, small but notable populations of younger women are also turning to this anti-aging “wonder drug.” Botox procedures in the 19-34 demographic have more than doubled in the last decade.

In fact, more women between the ages of 22 and 40 use Botox than do women over 60.  The principal reason for this is that dermatologists, cosmetic surgeons, journalists, and other beauty “experts” promote the idea that Botox has preventive powers that can prolong the appearance of youth. Because of Botox’s ability to paralyse facial muscles and prohibit facial movement, they argue that regular and early injections can stop wrinkles from forming.  The idea is that no facial movement means that there will be no dynamic wrinkles caused by facial expression. Women in their 20s and 30s are being advised that the best time to start using Botox is when their wrinkles are barely perceptible. These women are using the drug prophylactically in the hopes that they won’t develop the future creases.

However, since Botox only lasts four to six months, early injections only really “prevent” wrinkles if one continues to repeat the procedure every two to three times a year. In my book, Botox Nation I argue that the widely circulating belief that Botox is preventative is problematic for several reasons – the most concerning of which is that it is being used to encourage relatively young women into enlisting in a lifetime of Botox maintenance and other preventative aesthetics.

In addition, since Botox’s ability to keep the aging face at bay is so short-lived, I found that it often created a compulsion for repetitive use. The inability to stop using Botox was a sentiment that reverberated throughout my interviews with Botox consumers.   With Botox, users can visit an intoxicating fantasyland where the high of agelessness is an ephemeral state of being. And, just like any other drug, the initial high of Botox only satisfies users for so long.  For example, one woman, Vivienne Mann explained, “It was amazing how quickly it becomes addictive. When you start to see it wear off, it’s just like you immediately need to get it done.”  Another woman, Elizabeth Sana confessed, “When I look in the mirror and I see those lines, I am on my phone with the dermatologist immediately booking my next appointment.” When I asked Elizabeth how often she goes back for injections, she laughingly responded, “I am kind of crack-like about it.”

It is noteworthy to mention that after multiple attempts at asking Allergan to comment on my study, it was precisely this “crack-like” statement made by a longtime user of their product that finally prompted the pharmaceutical company to comment on my research.  Responding to an article in The Guardian published this weekend about my book, a representative from Allergan told The Daily Mail that “The implication that treatment with Botox could lead to ‘crack-like addiction’ is preposterous and misleading, and trivialises addiction which can have very serious consequences for the people involved.”

For a moment, I am going to overlook the bizarre paradox of a pharmaceutical giant whose multi-billion dollar enterprise hinges on cultivating drug dependency accusing me, a critical feminist sociologist, of trivializing addiction.  This rather amusing irony notwithstanding, in my book, I make it crystal clear that the term “crack-like” and references to addiction came from Allergan’s own customers. The way participants described their addiction to and dependence on Botox reflected a phenomenological use of these terms, rather than the scientific definition used in substance-abuse treatment. I weave the metaphor of the drug-addicted body throughout my analysis of Botox user’s descriptions of their experiences precisely because it was such a powerful metaphor for the users themselves. It is also a useful heuristic device for thinking about how these women became dependent on the effects of Botox and for capturing the ways the drug dramatically changed their personal identity, their perception of normalcy, and their sense of autonomy.

Moreover, in keeping with the metaphor of the drug-addicted body, many of the Botox providers with whom I spoke during my five years of research referred to Botox as a gateway drug. Dr. Michael Rosenblum, a plastic surgeon, told me, “I do warn my patients, I am very clear to point out that once you start using Botox, it is a slippery slope; you’re going to want to use Botox again, and as you get older, you’re going to want to experiment with fillers.” Botox users echoed these sentiments.  One woman in her early thirties, Rachel McAvoy, explained, “I love Botox, but the only problem is now the attention is taken away from my forehead, and now I’m starting to notice my parenthesis around my mouth. Like I want fillers here (pointing to nasolabial lines)… Now I’m saving up for Radius injections.”

The fact that young, wrinkle-free women are turning to a potential lifetime of preventative aesthetics speaks volumes about the unattainable appearance demands we place on women, our cultural infatuation with youth, and the sinister pressures we feel to buy our way to self-improvement.  In consumer culture, nothing satisfies our desires to be better, healthier, and more attractive.  As the example of Botox illustrates, the products offered to achieve those goals often only further intensify the pursuit of ever-changing and unattainable standards of youth and beauty. Indeed, t

he success of the multi-billion-dollar beauty and anti-aging industries depends on inducing feelings of personal inadequacy that render consumer behavior and consumer bodies dependent on their continuation. These industries create a culture of lack that is only quenched through purchasing more, more, more – more products, more Botox, more filler, and ultimately, more surgery.   Understanding how the pharmaceutical industry and physicians use their culturally recognized superior knowledge to influence the demand for Botox advances knowledge about how the “medical-industrial complex” continues to enhance its corporate profits through selling the promise of youth, beauty, and the illusion of control.

Dana Berkowitz is Associate Professor of Sociology and Women’s and Gender Studies at Louisiana State University and the author of Botox Nation: Changing the Face of America.

Feature image: “Botox to go” by Christian Schirrmacher. CC BY 2.0 via flickr.