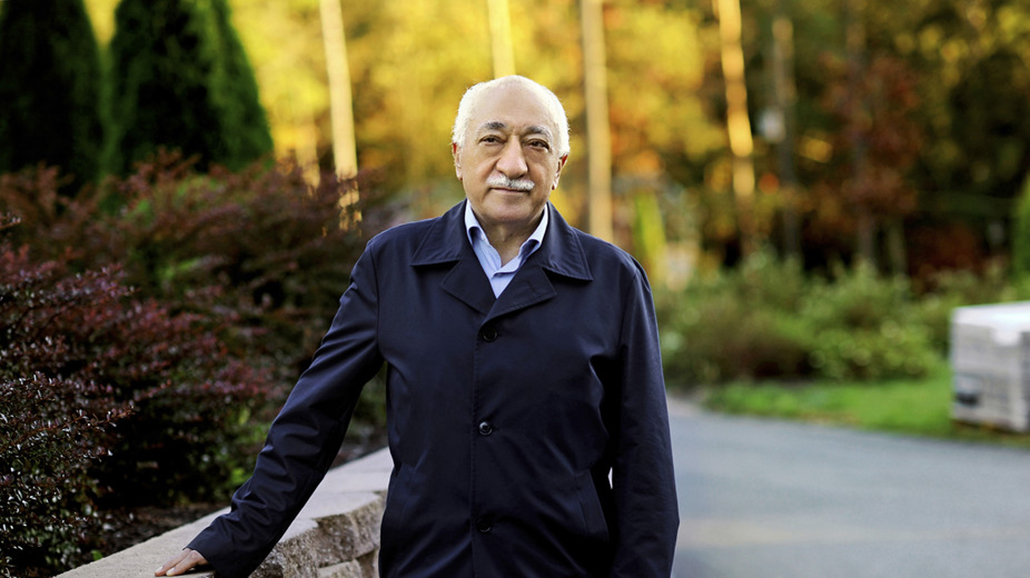 [This piece originally appeared on The Conversation.]

On July 15, 2016, the Turkish Republic survived an attempted military coup d’état that killed nearly 300 people and cost more than an estimated US $100 billion.

Immediately following the coup, Turkey’s government began a massive purge of state, military, business and civil society institutions in an attempt to remove alleged plotters from the ranks of social power. To date, approximately 75,000 people have been detained or forced to resign.

Human rights groups allege that arbitrary arrest and torture are becoming routine. Turkey’s leaders strongly refute such claims. They argue that security forces are doing what is necessary to protect the nation from a clearly defined enemy. The implications of the failed coup are deeply concerning for Turkey, the region and the world.

What unites the purged are alleged connections to Turkey’s most famous religious personality, Fethullah Gülen.

Presented by his followers as a learned scholar and orator, Gülen leads a transnational social and economic network that participants call Hizmet, from the Turkish word for “service,” and outsiders call the Gülen movement. The Turkish government insists Fethullah Gülen orchestrated the coup, and are demanding both domestic and international cooperation to bring him and his alleged co-conspirators to justice.

What do we know about this man and his movement?

Anchored in private education, the GM began in the late 1960s. That’s when Gülen established a following of mostly young men attracted to his emotional call for religious Turks to participate in secular education and the market economy.

Gülen discouraged participation in Turkey’s primary Islamic political movement. Instead, he encouraged a patient and calculated accumulation of economic and institutional influence. As a form of “market Islam,” members of the GM moved beyond education to succeed in news and entertainment media, information technologies, manufacturing, finance and other sectors. By the early 2000s, the GM operated schools and businesses in well over 100 countries.

I first met associates of the Gülen movement in 2005 in the United States. At the time, I was aware that Gülen lived in self-imposed exile in Pennsylvania, and I knew of several interfaith institutions that designated Gülen as their honorary president. I chose to do my dissertation research on the GM. I was intrigued by his brand of Islamic activist thinking, and by his followers’ focus on participation over confrontation, and on market competition over political insurrection.

In Turkey and most of the world, GM schools are private, for-profit institutions that required startup capital to be secured from within the GM community. Access to charter funding in the U.S., however, provided GM affiliates with an opportunity to secure public dollars for their education ventures. My research revealed that GM affiliates operated approximately 150 publicly funded, privately managed, charter schools throughout the United States – more GM institutions than anywhere outside Turkey.

As public schools, the GM’s school’s curriculum adhered to state-defined standards. Despite criticism that they were laboratories of “education jihad,” GM schools were widely lauded for offering a high-quality science- and math-based education.

Parallel to moving into U.S. education was a widespread effort to promote Fethullah Gülen as an antidote to global jihadism. Followers presented his teachings as exemplifying what non-Muslims term “liberal” or “moderate” Islam. To this end, loyalists organized conferences, lobbied political officials and sponsored thousands of trips to Turkey for American academics, activists, journalists, politicians and religious leaders. The GM was presented as a collective advocate for peace and democracy.

Time and again, GM activists denied any and all political aspirations. In interviews I conducted in the U.S., directors of these activities insisted that their aim was simply to cultivate dialogue with different social groups. When I pointed out that they were clearly targeting people of influence to support GM initiatives, I was told that I was not taking into account the religious sincerity of those involved.

I spent more than a year in Turkey conducting field research. From dozens of interviews, I learned that the GM network provided social mobility for thousands of Turks in a variety of sectors. A quality education, gainful employment, social rank and prestige, and world travel were all rewards of participation. I frequently asked why Gülen was a subject of distrust and conspiracy in Turkey. GM followers dismissed such suspicions as fear-mongering. They explained that so-called secularists in Turkey were fearful of pious Muslims. Organizational opaqueness, they argued, was necessary to protect themselves from secular state repression.

As I argued in my book, when and where an organization labeled itself as “inspired” by Fethullah Gülen, and when and where affiliation was denied, depended upon context. Despite such ambiguity, GM loyalists insisted their aims were solely focused on creating the conditions for peace and prosperity.

A high point in this effort was reached in 2008 when GM affiliates managed to manipulate the results of a popular online poll conducted by Prospect and Foreign Policy magazines to name Gülen the world’s most influential public intellectual.

The GM’s maturation coincided with the 2002 rise of the Justice and Development Party, or AKP, to single-party power. Gülen had long avoided participation in Turkish political Islam, but the AKP’s effort to rebrand Turkish Islamism in favor of market liberalization and global cooperation led the two social forces toward cooperation.

As partners, the GM and the AKP led a period of extensive political and economic reform in Turkey, and oversaw a massive, albeit fraudulent, legal effort to dismantle entrenched state and military elites. It was thus under the AKP’s authority that the GM accumulated influence in Turkey’s police forces, the judiciary, the military and in the Ministries of Education, Foreign Affairs, Trade and elsewhere.

In 2011, the AKP returned to power for a third term. Shortly thereafter, the AKP and the GM each attempted to consolidate power, leading to a period of increasing enmity. A GM-linked prosecutor subpoenaed the AKP-appointed head of Turkey’s National Intelligence to account for alleged illegal government negotiations with Kurdish insurrectionists. This, together with a surveillance effort targeting the highest levels of government, was viewed by the AKP as overreach.

For its part, the AKP moved to close down GM-affiliated schools, media outlets and companies. In so doing, however, the AKP earned infamy for curbing press freedoms and for seizing private businesses. President Recep Tayyip Erdogan’s international reputation shifted from that of a reformer to an authoritarian trying to silence critics. Between 2012 and 2016, a behind-the-scenes struggle for power devolved from squabble to nonviolent warfare.

So what happens now? Should the U.S. extradite Fethullah Gülen? Should schools, businesses and interfaith organizations operated by GM affiliates in the U.S. be investigated to see if they played a part in an attempt to overthrow a foreign government? What about the thousands of recruited sympathizers in the U.S. and elsewhere who have previously supported, promoted or defended the GM and its leader? How will they respond to the accumulation of evidence pointing to the GM’s culpability on July 15?

Like me, most are likely waiting for a transparent investigation that can withstand legal scrutiny. Considering Gülen’s rights as a permanent resident in the U.S., Turkey must provide such evidence in accordance with international extradition law. This slow process will inevitably stir tensions between the two allies.

Turkish intellectuals claim the West is reluctant to accept Gülen’s true colors. Many are incensed. Skeptical U.S. opinion-makers, however, point to alleged human rights atrocities following the coup, and to Erdogan’s authoritarian tendencies before the coup as cause for pause.

Regardless of this debate, Gülen has not been able to deny the mass of circumstantial evidence linking his affiliates to the coup plot. His argument, however, is that this should implicate neither himself, nor the GM as a whole.

Sincere or not, it must be underscored that the GM is organizationally defined both by obfuscation and hierarchy. That is, it is entirely plausible that if “Gülenists” in Turkey’s military played a leading role in the events of July 15, “Gülenists” in other sectors could have had no knowledge of it, or of any aspect of the GM’s alleged “dark side.” As the world observes the collapse of “the new Turkey,” confusion should be expected.

If it can be proven that the events of July 15 were orchestrated by GM, however, longtime critics will be vindicated and longtime sympathizers will be at an impasse. These actions killed hundreds and propelled Turkey into a state of chaos. They are completely antithetical to what the GM has collectively claimed to stand for – peace and democracy.

If Gülen helped orchestrate the coup, tens of thousands of affiliates and sympathizers, as well as those of us who have tried to more objectively study this man and his movement, will need to come to terms with one of the most fantastic frauds in modern history.

Joshua D. Hendrick is Assistant Professor of Sociology and Global Studies at Loyola University Maryland in Baltimore. He received his PhD and MA degrees in sociology from the University of California, Santa Cruz and his MA degree in cultural anthropology from Northern Arizona University. He is the author of Gülen: The Ambiguous Politics of Market Islam in Turkey and the World (NYU Press, 2014).