A recent news piece on gender and toys caught my eye at a time when many of us are buying holiday gifts for the children in our lives. It’s the story of a 13-year-old girl from New Jersey who started a petition to encourage Hasbro to make Easy-Bake Ovens in more gender-neutral colors and feature both boys and girls on the packaging. 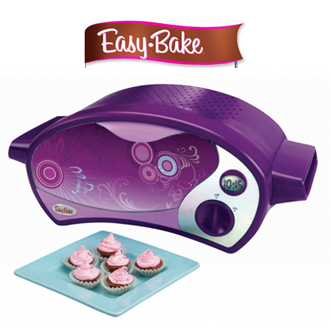 It resonates with media attention focused on new lines of Legos and Mega Bloks targeted toward girls, and their contrast with lines targeted toward boys. These stories confirm what many shoppers notice and what scholars have documented more systematically: the production and marketing of children’s toys remains highly differentiated by gender.

In The Gender Trap, I report on interviews with mothers and fathers of preschool aged children, and find that while some consider gender-typing in children’s toys neutral or positive, others work hard to resist it. But even those who make that effort often give in to what feels inevitable, as gifts flow in from relatives and their children beg for whatever their peers have. Whether enthusiastic or reluctant, this tendency to surround our children with highly gendered toys has the potential to cultivate different capacities in boys and girls that reinforce gender inequalities in adulthood (see, for example, my November 2012 blog post on the childhood foundations of the gendered wage gap). Particularly tricky in this regard is the double standard that makes it easier to find toys that allow girls to wander into traditionally masculine territory than the reverse.

And that brings me back to the Easy-Bake Oven petition, which led to a meeting this week between the petitioner and Hasbro executives. As I discuss at much greater length in my book, all gender-typing in children’s toys and activities leads us into a series of traps, but it’s especially important to avoid focusing only on new opportunities for girls. Without corresponding attempts to widen boys’ opportunities, girls may grow up to find themselves facing a series of obstacles like occupational sex segregation, the wage gap, the feminization of poverty, and unequal divisions of household labor among those living in heterosexual partnerships. And boys will continue to find their options and experiences constrained in deeply troubling ways, as typical definitions of childhood masculinity leave only limited room for nurturance, emotional expression, cooperation, and a variety of aesthetic pleasures to be cultivated.

So if you head out to finish any holiday shopping soon, consider looking for something that might appeal to any child of a given age, rather than something highly gender-typed. And consider checking out that Easy-Bake Oven petition, too. As I note in the conclusion to my book, “Not only parents, but everyone—whether we have young children or not, whether we have ever parented or not—can contribute… Gendered childhoods are not fixed in nature or inevitable in society. With concerted effort, we can reduce the force of the gender trap and open up the possibility of a better, less constrained, and more equitable world for our children and for ourselves.”

Emily W. Kane is Professor of Sociology at Bates College, and author of The Gender Trap: Parents and the Pitfalls of Raising Boys and Girls (NYU Press, 2012).

[Ed. note: Following 13-year-old McKenna Pope’s petition that garnered over 44,000 signatures, Hasbro has agreed to introduce a gender-neutral version of its Easy-Bake Oven in 2013. Win!]