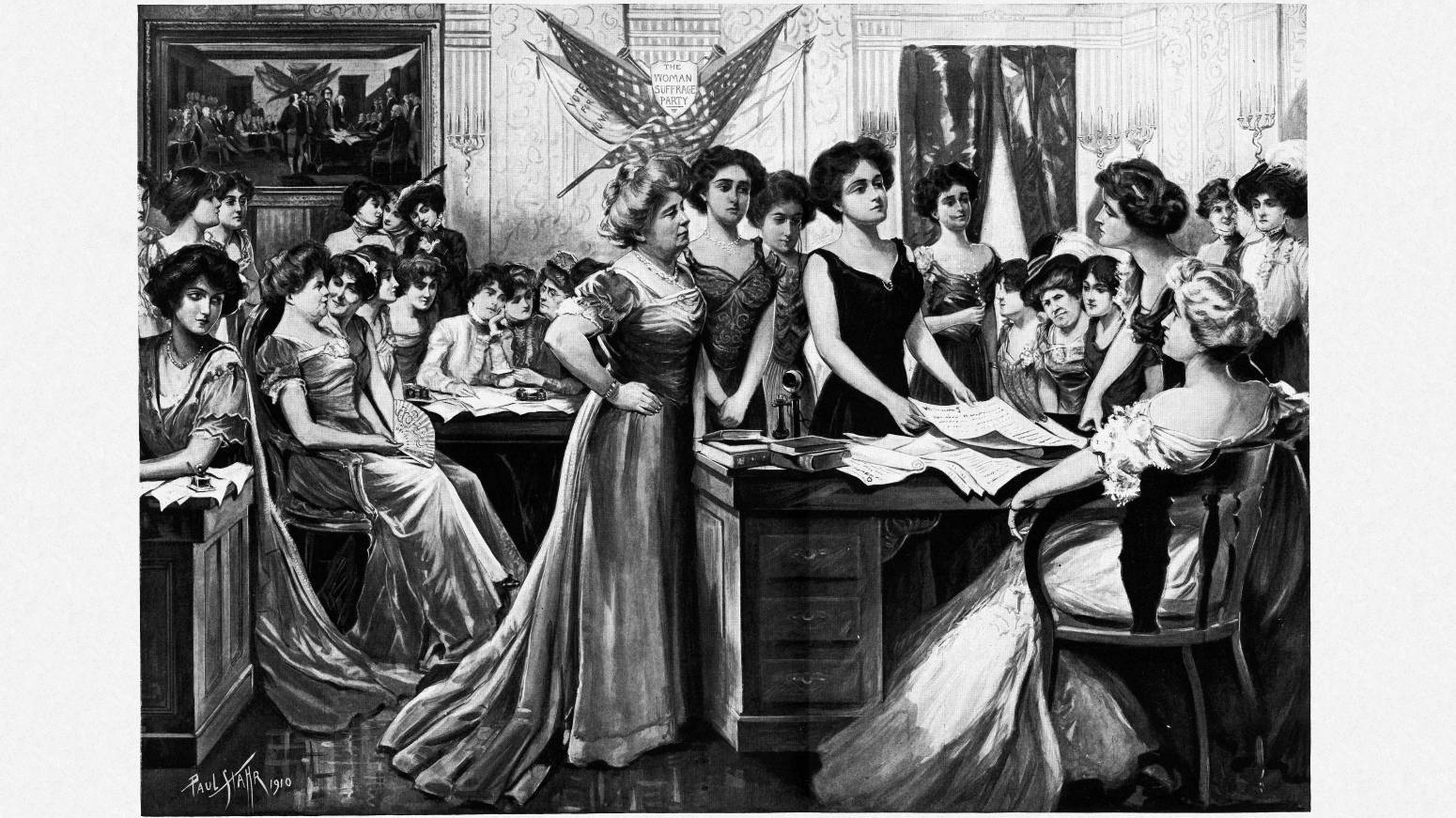 There is no formula for making social change, no elixir that propels a culture toward progress. But as a historian who specializes in the study of women’s suffrage, and the author of Gilded Suffragists: The New York Socialites Who Fought for Women’s Right to Vote, I believe there were several elements that distinguished the cause.

One was a broad tent, an umbrella that encompassed a vast array of interests across class, racial and gender lines. Women’s suffrage began to succeed when it left the small circle of intellectuals and radicals who first promoted its cause in the 1840s. By the 20th Century, the movement attracted working class women from the trade unions, clubwomen from white and black communities, professional women newly minted by the universities and celebrity socialites using their social cachet for political power. There were obvious tensions between them – none more striking than when young immigrant garment industry workers testified of cruel and unsafe factory conditions to an audience of upper class reformers at the Colony Club – but they remained a coalition. All of them had a vested interest in defusing or at least muting male fear about female empowerment. And all of them wanted to win.

Another ingredient in this movement for social change: tactics that captured public attention. In parades along Fifth Avenue, and all over the United States, schoolteachers, librarians, actresses, homemakers, department store clerks, advertising girls, and even a few men marched for suffrage. In 1912, organizer Harriot Stanton Blatch (suffrage pioneer Elizabeth Cady Stanton’s daughter) banned automobiles, believing they shielded wealthy or lazy activists from actually showing up. “Riding in a car did not demonstrate courage. It did not show discipline,” Blatch wrote. “Women were to march on their own two feet out on the streets of America’s greatest city; they were to march year by year, better and better.” They were also to dress in white – Macy’s was the official headquarters for suffrage paraphernalia  – and to march in step with one another, column after column of women, “a mass of gleaming white,” declaring their interest in the ballot. Eager to defuse criticism that women had dallied the previous year, Blatch insisted the parade began at 5 p.m. “Eyes to the front,” read her orders, “head erect and shoulders back,” and remember that “the public will judge, illogically of course, but no less strictly, your qualification as a voter by your promptness.”

Perhaps the most salient and little remembered aspect of this campaign was a surge of activism from the ground up. In 1838, Kentucky was the first state to offer suffrage in school board elections to women. By century’s end, this local franchise had been extended to female citizens in twenty other states. Beginning in Kansas in 1867, the fight for women’s suffrage in local, state and federal elections was a slow slog with far more defeats than losses. By 1900, only four Western states – Wyoming (1890), Colorado (1893), Utah (1896) and Idaho (1896) – had enfranchised women. In the new century, Washington (1910) and California (1911) soon followed. And when voters in New York enfranchised women in 1917, many called it the tipping point for a federal amendment. With 43 members, New York boasted the largest delegation in Congress, adding pressure to the national debate.

On August 26, 1920 U.S. Secretary of State Bainbridge Colby declared the Nineteenth Amendment in effect. By then, suffragists had waged 56 campaigns in 31 states, losing 41 of them. But there was something in the repetition of an idea once deemed radical that normalized it. Those losing campaigns in some sense helped pave the way for change at the federal level. By the time the Nineteenth Amendment was ratified, women were already eligible to vote for president in 30 of 48 states – no longer petitioners, pleading for their rights, but voters, expecting them. Sadly, it would take another two generations, until the Voting Rights Act of 1965, for African-American women in the South to secure the vote.

As we mark Women’s Equality Day, it might be well to remember the words of a woman who joined the suffrage parade hesitantly. Her name is lost to history, but she recorded the movement’s allure in an unsigned article for The Outlook Magazine in November 1915. “All my girlhood Mother had repeated that a lady should never allow herself to be conspicuous. To march up Fifth Avenue had promised to flout directly one’s early training,” she wrote. Signing her piece by “One of the Marchers,” she reported instead that “embarrassment is left at the street corner and one is just a part, a singing, swinging part of a great stream, all flowing in the same direction toward the same goal.”

Johanna Neuman is a writer, historian and scholar in residence at American University in Washington, D.C. An award-winning journalist and former Nieman Fellow at Harvard, she covered the White House, the State Department and Congress for the Los Angeles Times and USA Today. She is the author of Gilded Suffragists: The New York Socialites who Fought for Women’s Right to Vote (NYU Press, 2017).