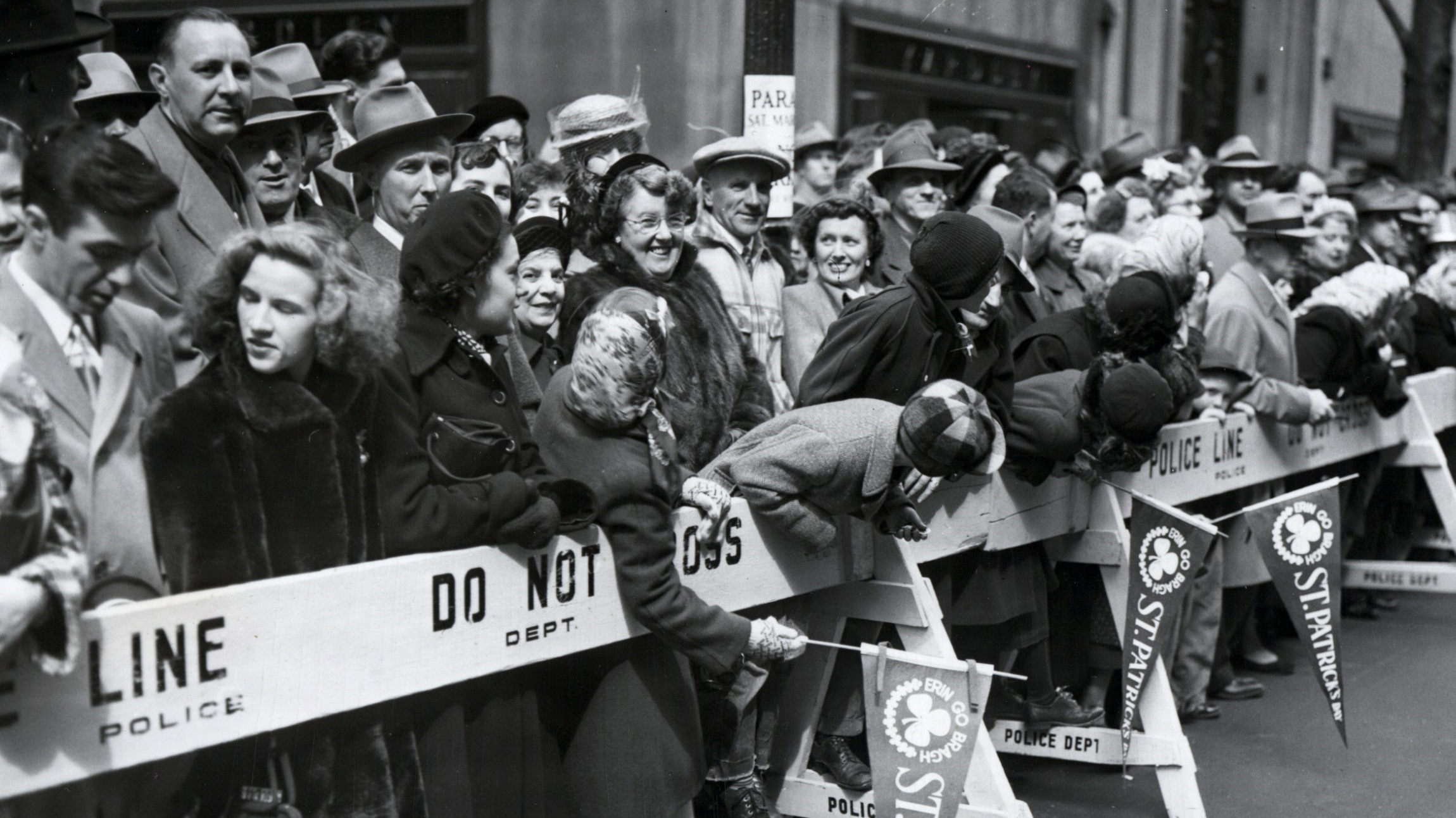 As St. Patrick’s Day approaches in the midst of a bitter national debate over immigration, it’s a good time to remember what a great Irish-American Catholic had to say on the subject.

“Every ethnic minority, in seeking its own freedom, helped strengthen the fabric of liberty in American life,” John F. Kennedy once wrote. “Similarly, every aspect of the American economy has profited from the contributions of immigrants.”

Kennedy made those remarks in his book “A Nation of Immigrants,” his powerful and ultimately successful argument that the restrictive, discriminatory immigration laws of the 1920s had to be replaced.

He didn’t live to see the day: President Lyndon B. Johnson signed the Immigration and Nationality Act of 1965, a law that continues to change the face of America by abandoning quotas designed to keep out newcomers from many parts of the world. But Kennedy had formally proposed such an overhaul to Congress in 1963. In fact, he’d published the first edition of “A Nation of Immigrants” while a US senator from Massachusetts in 1958 and was working on a new version at the time of his assassination.

As the first Catholic to be elected president, Kennedy was careful to avoid giving the impression that religion had shaped his political views, lest he hand kindling to critics who were wary of his faith. Though it is clear from his book that his Irish Catholic upbringing was the foundation of his concern for immigrants.

“The Irish,” he wrote, “were the first to endure the scorn and discrimination later to be inflicted, to some degree at least, on each successive wave of immigrants by already settled ‘Americans.’ “

Opposition to nativism can still be found in the DNA of the American Catholic Church, which is heavily shaped by the Irish experience. Various bishops have been outspoken against President Donald Trump’s immigration policies, and Pope Francis leaves no doubt of where he stands. But—and here is why I invoke Kennedy’s memory this St. Patrick’s Day—polls show that Trump has enjoyed the backing of a majority of America’s white Catholics. His initial executive order on immigration, which barred refugees from seven predominantly Muslim countries (later reduced to six), has the support of half of white Catholics, according to a survey Pew Research Center released February 27. Only 14% of Latino Catholics, a more recent immigrant people, supported the ban.

By the time Kennedy opposed the national origins quota system that was imposed in the 1920s, it had long ceased to affect emigration from the home of his ancestors. He noted that Ireland was sending only about a third of the emigrants permitted under its ample quota.

That’s because the legislation had been shaped to favor nativist sentiment against Italians and Eastern European Jews, while allowing plenty of immigration from Northern and Western Europe, including Ireland. Kennedy wrote that any qualified person from England or Ireland could migrate at any time. Italians were limited to 5,666 people a year, leaving a backlog of 132,435, he wrote in “A Nation of Immigrants.”

Noting how Asian immigration was cut off, Kennedy added, “Furthermore, the national origins quota system has strong overtones of an indefensible racial preference. It is strongly weighted toward so-called Anglo-Saxons, a phrase which one writer calls ‘a term of art’ encompassing almost anyone from Northern and Western Europe.”

Kennedy would no doubt be alarmed at the current surge of nativism in America. A student of history, he wrote that the Know-Nothing Party had elected six governors and 75 members of Congress in 1854, and that its candidate Millard Fillmore, the former President, won a quarter of the vote in 1856.

According to Kennedy, nativism failed “because American society is too complex for an agitation so narrowly and viciously conceived to be politically successful.” The same cannot be said a half-century later, not after Trump triumphed in a campaign he built on vilification of immigrants.

Any serious support for such an agenda—much less a victory in the presidential race—would have disturbed Kennedy. “That the nativist movement found any response at all must cause us to look searchingly at ourselves,” he wrote. “That the response was at times so great offers cause for alarm.”

All the more, today.

Paul Moses is the author of An Unlikely Union: the Love-Hate Story of New York’s Irish and Italians, newly released in the paperback edition. He is Professor of Journalism at Brooklyn College of the City University of New York and former city editor of Newsday, where he was the lead writer for a team that won the Pulitzer Prize.