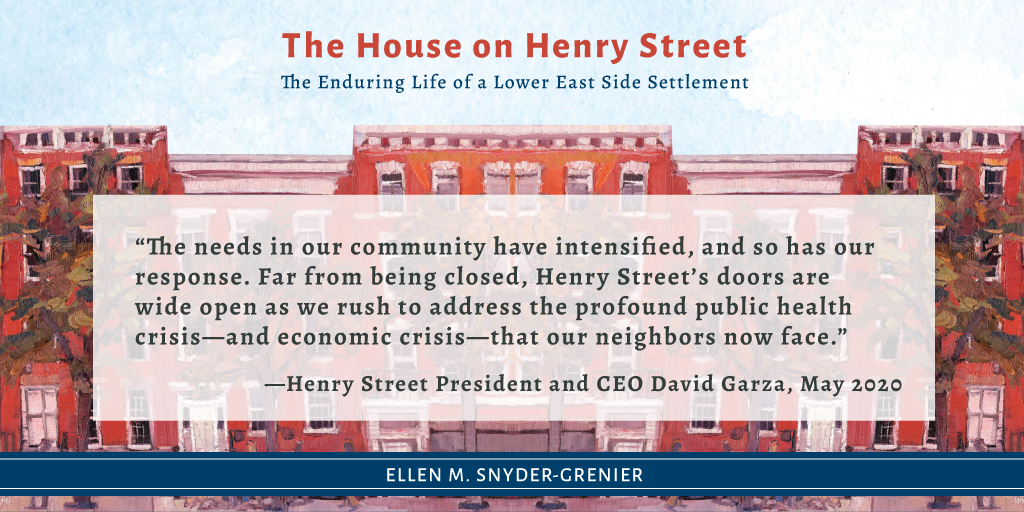 Just three weeks after the New York City region discovered its first infection, the nation’s largest city was the epicenter of the Covid-19 pandemic. Some drew comparisons to 1918’s devastating Spanish flu, when an incurable virus ravaged the city. Now, in 2020, New York faced an equally unimaginable public health crisis.

In a city where the divide between rich and poor is already vast, the coronavirus has exposed deep inequalities. Whereas many white-collar employees are able to work safely from home, low-wage essential workers—grocery store employees, service workers, janitors—have no choice but to travel to and from work on crowded subways, risking exposure to the deadly virus for wages that are a fraction of those paid to a professional class telecommuting from dining room tables. Massive layoffs are hitting hardest those already living on the edge, who struggle daily to put food on the table and a roof over their heads.

As it had during the Spanish flu—when it mobilized health care workers to respond—Henry Street has sprung to action. The Settlement has launched a help line, where 90% of the calls are about food access; is providing 1,800 meals per day to its transitional and supportive housing residents, including many who had relied on twice-a-day school meals; has expanded its Meals on Wheels service to reach older and immunocompromised people directed to stay home; is providing emergency cash assistance to dislocated, undocumented workers, arts workers, and others in need; has opened a local food pantry along with Vision Urbana, a fellow neighborhood organization; and is making 1,500 calls a week to housebound seniors who are isolated and alone.

During the Spanish flu crisis, Wald calmly stated that there was nothing to inspire panic. Instead, she said, “There is everything to inspire coolness and courage and sacrifice.” Today, President & CEO David Garza echoes those words with inspiration of his own. “We will,” he promises, “keep the doors open to the people who need us the most, when they need us the most.”