Name and role at the Press: Betsy Steve, Publicist

It’s just a picture of a generic male college freshman that you’d likely find on a typical American campus, relaxing on the quad in a sweat shirt bearing his alma mater’s name listening to his iPod, maybe texting his roommate updates on where to meet for lunch. I imagine the picture was probably used in a UNH catalog or website promoting campus life. There’s really nothing remarkable about it or him, right? Wrong. 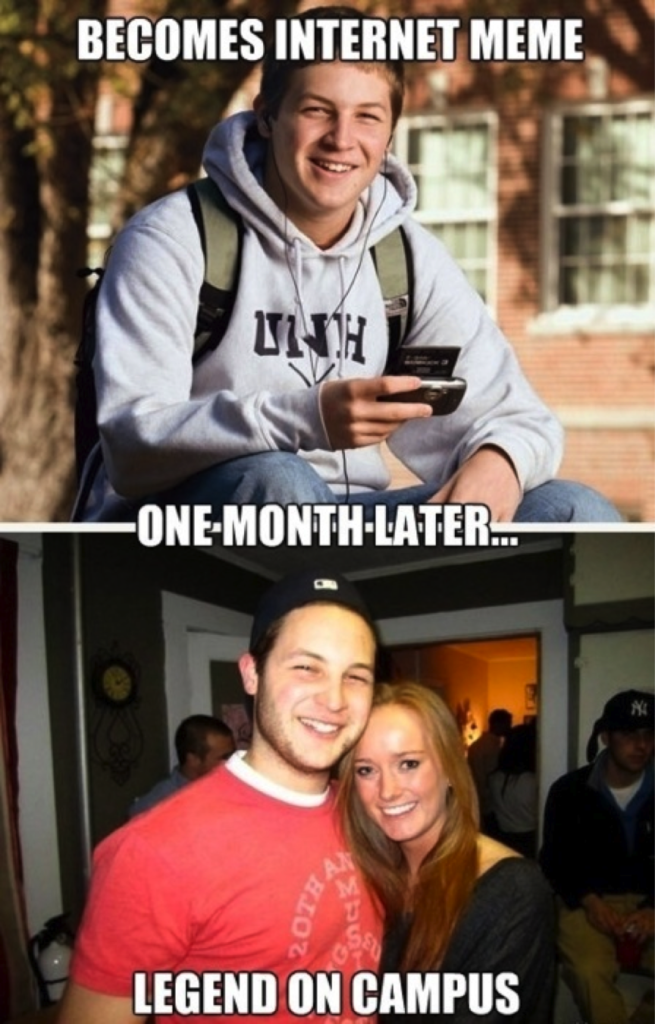 Known as “Uber Frosh,” this seemingly innocuous stock photo became one of the most popular memes to hit the internet.   Users raced to post their meme on sites like Reddit, Buzzfeed, Memebase and UpRoxx hoping to be the most hilarious, most liked, and critically, the most viral caption.  In a weird twenty-first century turn of events, “Uber Frosh” was unmasked as Griffin Kiritsy, an English major and reluctant campus celebrity in a UNH’s student newspaper cover story that instantly became another ferociously popular meme.  A meme within a meme.  Mind officially blown.

I’m just a little obsessed with memes—oh hell, I’m a lot obsessed—so when I got my hands on our new collection The Social Media Reader edited by Michael Mandiberg, I immediately flipped to “The Language of Internet Memes” by Patrick Davidson, a fascinating look at the history of memes (remember the Hamster Dance??) and their cultural significance.  Smart but also edgy dinner party conversation?  Check.  Next, I flipped  back to danah boyd’s essay “Participating in the Always-On Lifestyle,” and found myself nodding in agreement the entire time.  Like danah, I find it nearly impossible to not jump on Wikipedia in order to win an argument or hit up Google image when I need to put a face to a name.  Life without the internet, even for a day? 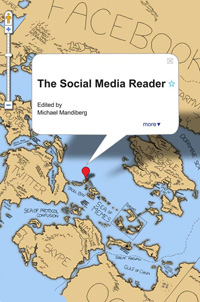 My bookmark currently sits at the halfway mark of Chris Anderson’s essay “A Long Tail,” the quintessential look at culture’s availability on the internet.  Other essays I can’t wait to read include “Remix: How Creativity Is Being Strangled by the Law” by Lawrence Lessig and Siva Vaidhyanathan’s “Open Source as Culture/Culture as Open Source.”  But the entire collection is well worth it, housing the foremost authorities on Web 2.0 under one roof.  And come on, how awesome is that cover?

DO YOU have a favorite book from our spring catalog to add? If so, let us know by leaving a comment describing why it’s your pick. You could win a free copy of the book of your choice, and a feature on the blog!