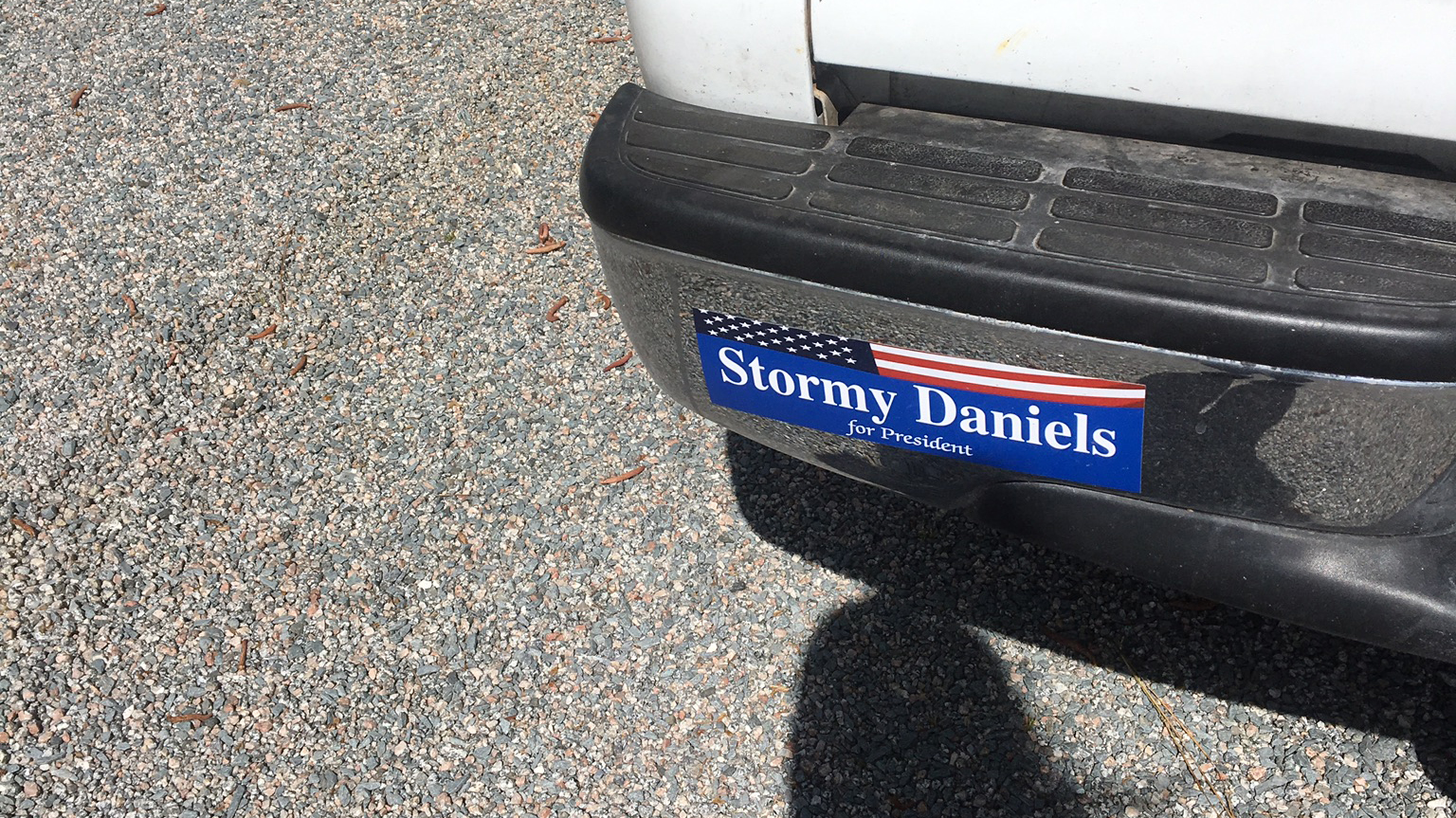 So, who is Stormy Daniels and why is she suing Donald Trump? According to public records, Daniels is uncomfortable being a face of the “resistance.” Stormy Daniels, born Stephanie Clifford, is a gun-owning, registered Republican, although she hastily adds that she is socially liberal. Daniels began her career in the sex industry working as a stripper at 17, when she was underage. A bright student, Daniels received full scholarships to Mississippi State and Texas A&M, but instead chose to strip. Daniels branched out into pornography in 2002, working in front of and behind the camera as a director, writer, producer, and performer, while continuing to dance.

In an exclusive interview with In Touch Weekly, collected in 2011 and preceded by a polygraph test (!), Daniels shared that she first met Trump at a charity golf tournament in 2006. She described Trump as immediately attracted to her because he “kept looking at me.” Trump asked for her phone number, and invited her to dinner that very night. Daniels agreed and arrived at his hotel, dressed to the nines, expecting a fancy evening out. Instead, security escorted her to the penthouse suite, and Daniels found Trump “sprawled out on the couch” in his pajama pants. The two shared a meal and friendly banter in the room.

As the evening was winding up, Daniels went to the bathroom. She emerged to see Trump beckoning her to bed, and she said her heart sank. I expect this was partly because she hoped that Trump had seen her as a fellow businessperson, and not just a sex object. They had consensual (if reluctant on Daniels’ part), short, tepid, “normal person” intercourse. Her major concern through this unpleasant, pedestrian encounter was that he not pay her. She might be a porn star, and a feature stripper, but Daniels is not a prostitute—no matter how often others confuse the roles and disparage her work.

Daniels said that Trump seemed “smitten” with her after that, and the two stayed in touch mostly by text and phone call for the next year or so in what she called an “ongoing relationship.” Their interactions largely centered on Trump’s promise to get her an appearance on The Apprentice, something that he never delivered. In Touch reporters asked Daniels why she was coming forward then (in 2011). A friend had asked Daniels if the rumors about her and Trump were true. When Daniels said yes, her friend warned her that Trump “thinks really lowly of girls who” work in the sex industry and repeated some awfully vulgar and unprintable comments Trump had made about another entertainer, concluding with the declaration that he “would never be associated” with people like that. Daniels felt it was hypocritical of Trump to privately be friends with someone in the business while publicly bashing them. In Touch chose not to publish the 2011 interview until 2018, when the story had broken about Daniels’ relationship with Trump due to Trump’s attorney, Michael Cohen, threatening to sue the magazine.

Daniels has repeatedly said that she is tired of being bullied by Trump and his associates. The threats started in 2011, when a strange man approached Daniels in a Las Vegas parking lot while she was untangling her infant daughter from an unwieldy car seat. He said, “Leave Trump alone. Forget the story.” Then he leaned into the car to peer at Daniels’ baby girl continuing, “That’s a beautiful girl. It’d be a shame if anything happened to her mom.” In addition to this disturbing encounter, since taking on Trump, Daniels has received hate mail and death threats. She has also endured verbal harassment from those seeking to discredit her, like Rudy Giuliani. Giuliani attacked Daniels in June of 2018 saying “If you’re going to sell your body for money, you just don’t have a reputation.” Putting aside the irony that Giuliani does not exactly have the most sterling character, people often undermine women, especially sex workers, with derogatory slurs like “whore” and “slut.”  It’s a timeworn and sadly still effective (if lacking any originality) strategy of the patriarchy.

But Daniels isn’t daunted by trolls, reporters, politicians, lawyers and Rudy Giuliani insulting her reputation—an exotic dancer hears those kinds of slurs almost every shift, and those easily wounded by attacks on their respectability would not persist Daniels’ 20+ years in the sex industry. My book Stripped: More Stories from Exotic Dancers, Completely Revised and Updated Edition is unfortunately brimming with heart-wrenching and blood-pressure raising stories of customer’s abusing dancers. For example, April described a bad work-night, where she was anxious about how to cover an overdue electric bill with barely a patron in the bar. But then a customer sauntered up during her regular stage set with a $100 bill outstretched—a huge tip for a main stage performance. Relieved and excited, April leaned down to take the bill, flushed with almost obsequious gratitude, whispering “thank you, thank you!” Before she could claim the money, the patron laughed and flipped it away.

April snapped into a rage, took off her shoes, stormed off the stage, followed him to the lobby. She threatened him with her spiked stripper heel, demanding, “Why did you do that?!”

His response was simple, “You’re a whore.”

Exotic dancing, while still enormously stigmatized, teaches women, like April and Daniels, to stand up for themselves.

Daniels’ experiences stripping help rather than hinder her successes in negotiating the ongoing saga of hush money, lawsuits, raids, threats, and arrests unfolding in the public eye of this case. The fact that Daniels has practice dealing with men calling her nasty names in person means she’s not going to fall to pieces when a troll tweets that she is a “skanky whore.” Instead, according to her Twitter, she can wittily respond, “…at least according to my business card.” I love that Stormy Daniels’ wit, intelligence, and tenacity are on full display—hopefully helping to dispel stereotypes about “stupid slutty strippers.”

Some are calling Daniels a feminist hero. Feminists share in common three beliefs: that patriarchy exists, a commitment to gender equality, and women’s rights to bodily autonomy. Daniels’ story illustrates all three of these.

Strippers and pornography performers work in the gut of patriarchy and most can’t help but see the gender equality on display. And, as many sex workers say: owning one’s body, or bodily autonomy, means that a woman gets to pick whether she takes her shirt off or leaves it on. The very qualities that enable Daniels to thrive longer than most in the sex industry—a thick skin, quick wit, ability to read people, to attract attention, and not put up with shit—makes her a powerful foe. As we watch Republicans in Congress refuse to intervene to stem the worst oppressions of the Trump administration, it is a small consolation that at least Stormy Daniels is sticking up for herself and, in doing so, sticking up for America too. 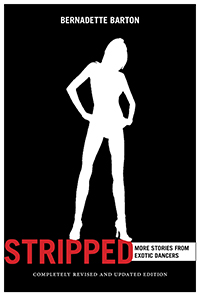