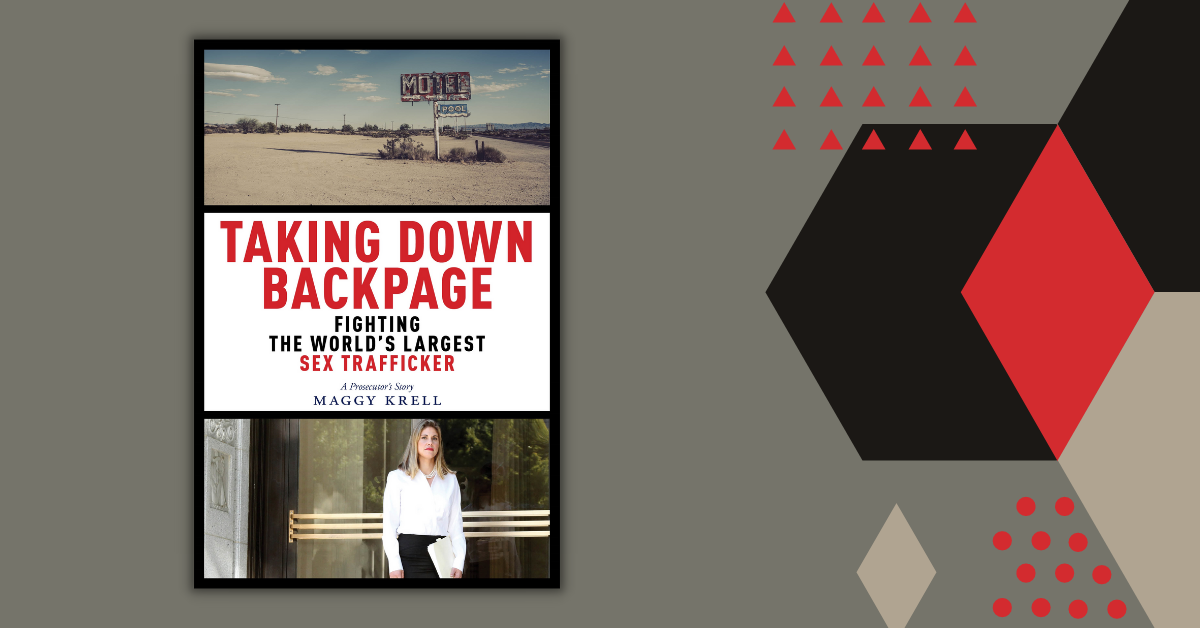 Read an exclusive excerpt from Taking Down Backpage, an exposé of the world’s largest sex trafficker, all told by Maggy Krell, the prosecutor who led the charge.

Maggy Krell, author of Taking Down Backpage, is a legal trailblazer who has taken on impactful cases as a criminal prosecutor and human rights lawyer. She was a prosecutor for 15 years, serving as Supervising Deputy Attorney General in California and cross-designated as a Special Assistant United States Attorney. Krell prosecuted high-profile cases including murder, organized crime, human trafficking, domestic violence and white-collar crime. Krell’s most notable accomplishments stem from her tireless efforts to combat human trafficking and protect and empower survivors, including her groundbreaking prosecution of the sex-trafficking website, Backpage.com.

For almost a decade, Backpage.com was the world’s largest sex trafficking operation. Seven days a week, twenty-four hours a day, in 800 cities throughout the world, Backpage ran thousands of listings advertising the sale of vulnerable young people for sex. Reaping a cut off every transaction, the owners of the website raked in millions of dollars. But many of the people in the advertisements were children, as young as 12, and forced into the commercial sex trade through fear, violence and coercion.

In Taking Down Backpage, Krell tells the story of how she and her team battled against this sex trafficking monolith. Beginning with her early career as a young DA, she shares the evolution of the anti-human trafficking movement. Through a fascinating combination of memoir and legal insight, Krell reveals how she and her team started with the prosecution of street pimps and ultimately ended with the takedown of the largest purveyor of human trafficking in the world. She shares powerful stories of interviews with survivors, sting operations, court cases, and the personal struggles that were necessary to bring Backpage executives to justice. Finally, Krell examines the state of sex trafficking after Backpage and the crucial work that still remains.

Taking Down Backpage is a gripping story of tragedy, overcoming adversity, and the pursuit of justice that gives insight into the fight against sex trafficking in the digital age.