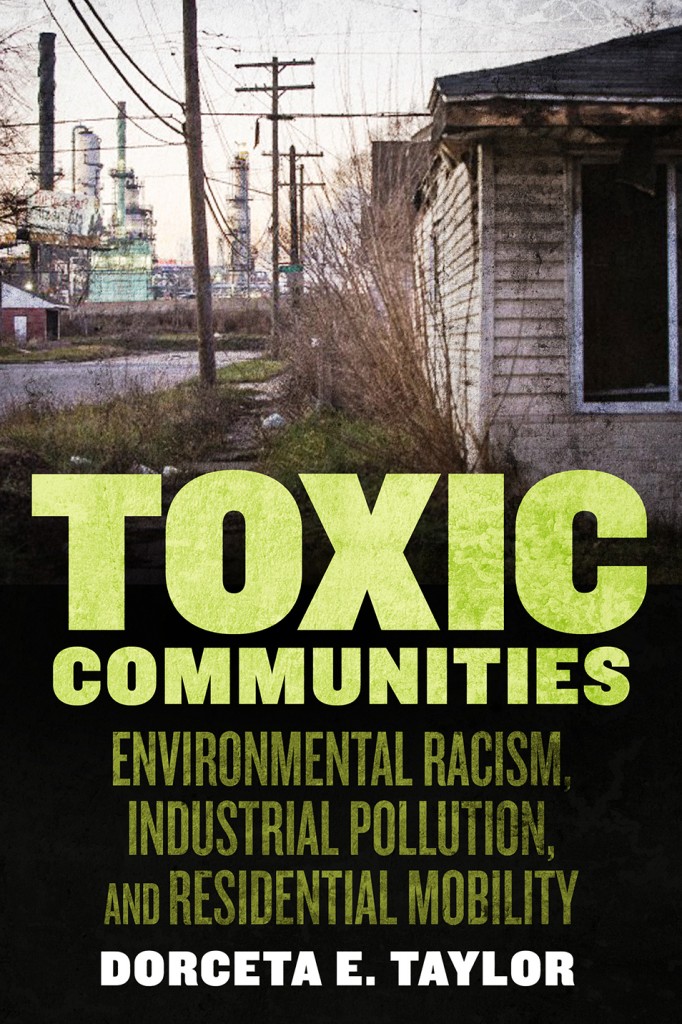 It is Black History Month and I am reflecting on the significant strides we have made on issues of racial justice, social equity, and human rights. However, I have also been thinking of the long and difficult road ahead before we can say everyone has true equality in this country. Nowhere is this more evident than in the environmental arena. While some are content to see environment as untarnished hills and glens and others work hard to protect it, what is often missing from such discourses are the social class and racial inequities that arise in environmental practices and decision making.

In The Environment and the People in American Cities, 1600s-1900s: Disorder, Inequality, and Social Change (Duke University Press, 2009), I chronicled the rise of American cities and the environmental problems they confronted in the eighteenth and nineteenth centuries. As part of the narrative, I documented how environmental racism resulted in the placement of African American communities in the most hazard-prone areas of cities. I also chronicled industrial incursion into and the pollution of Black neighborhoods, the destruction of Black communities and displacement of African Americans to make way for the construction of parks, water systems, and other public works.

Toxic Communities: Environmental Racism, Industrial Pollution, and Residential Mobility (NYU Press, 2014) examines similar themes in the twentieth and twenty-first centuries. These same patterns are evident—some to a greater extent than existed in earlier times. In Toxic Communities, I examine African American and other communities of color that are inundated with pollutants emanating from hulking industrial facilities. The air, ground, and water are tainted and residents live in fear of explosions or toxic releases from these facilities.

The challenges do not stop there. Black communities have been systematically been destroyed in the name of urban renewal and that highways could be built to connect the cities and suburbs.  While segregated White communities were built in the suburbs and financed by federal funds, Black communities were redlined and denied such funding. Rampant housing discrimination continues today in the form of discriminatory financing methods, racial steering, and other obstacles Blacks face when they seek housing. Consequently, African Americans still live in some of the most toxic and hazard prone communities in the country.

The book challenges us to develop a better understanding how these inequalities arise. We have to make connections with seemingly unrelated events, policies, and processes. We need more effective research as well as community organizing to hold responsible parties accountable.

Dorceta E. Taylor is the Field of Studies Coordinator for Environmental Justice at the University of Michigan’s School of Natural Resources and Environment. She is the author of Toxic Communities: Environmental Racism, Industrial Pollution, and Residential Mobility (NYU Press, 2014).