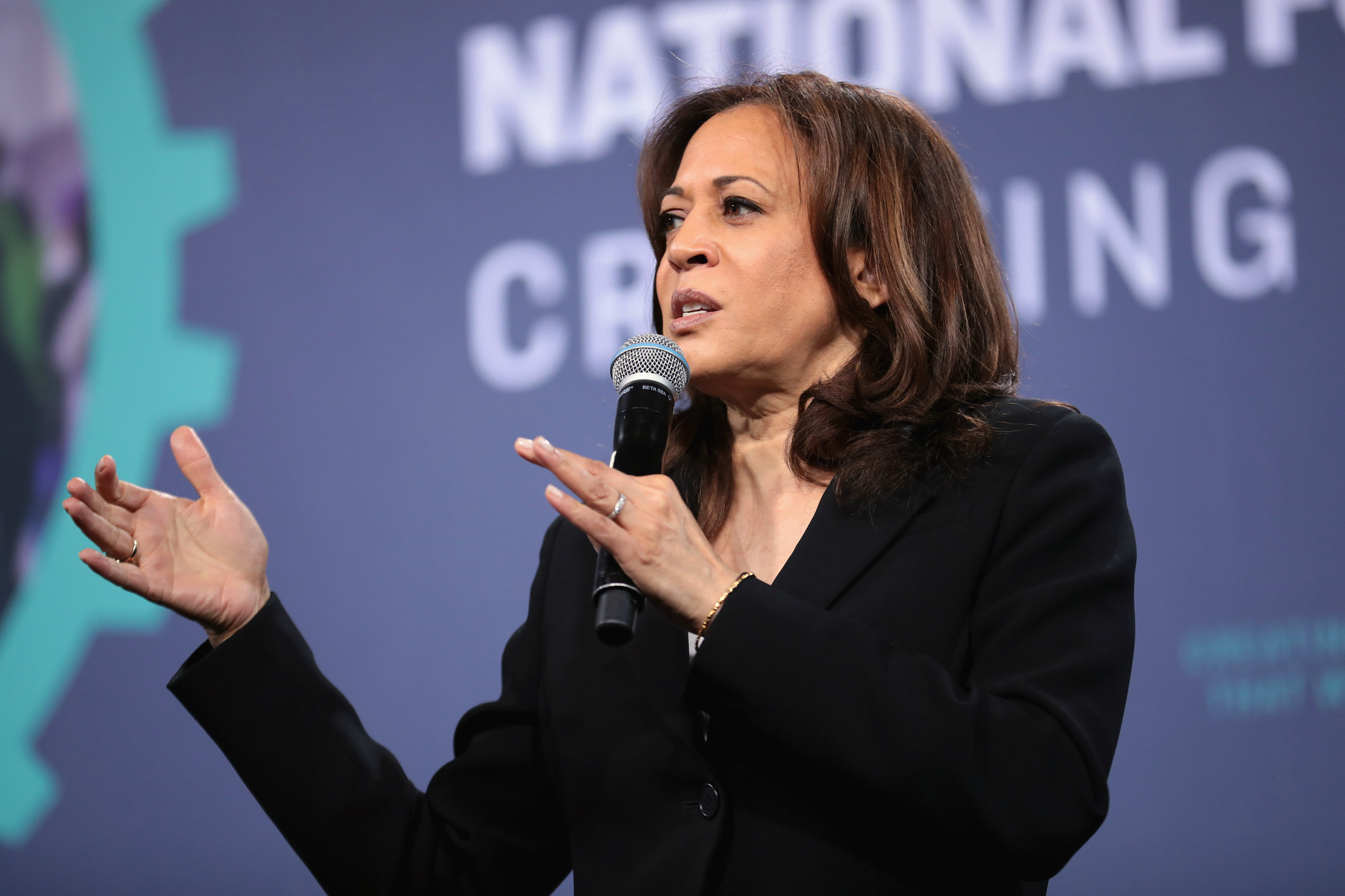 In her victory speech on November 7, 2020, Vice-President Elect Kamala Harris thanked “all the women who worked to secure and protect the right to vote for over a century,” especially Black women, whom she identified as “the backbone of our democracy.” Harris also recognized the women, like Geraldine Ferraro, who ran for office before her but who did not succeed, noting the role those women played in blazing the trail for her. (See the full transcript here from The New York Times.)

One of the women not mentioned by Harris who did some of that trail blazing was Grace Holmes Carlson. Carlson ran for vice-president of the United States in 1948 on the Socialist Workers Party (SWP) ticket. She was the only female member of the SWP’s National Committee and had worked as the party’s Minnesota state organizer as well as an organizer in New York City. Carlson had run for the US Senate from Minnesota in 1940 and 1946 and would run for Congress in 1950. But when she ran for vice president in 1948 the press coverage of her campaign focused just as much on her being a woman as on her credentials and policy positions. Even though she engaged with a wide range of substantive issues on the campaign trail that year, including civil rights, women’s rights, the threats to civil liberties posed by the House Un-American Activities Committee (HUAC), and the rising Cold War tensions with the Soviet Union, media coverage of her efforts ultimately communicated her lack of viability. Some of this dismissal was due to her being a Trotskyist during the Second Red Scare; she was red-baited in the press. But a lot of it had to do with her being a woman.

Most of the newspaper articles covering Carlson’s vice presidential bid essentially dismissed her through the use of various gender stereotypes. Although almost all the stories on Carlson noted her professional credentials as a woman who held a PhD, had worked at the Minnesota Department of Education, and had run in several other political campaigns before, some still described her as “wife of a lawyer” and referred to her as “Mrs. Carlson” instead of Dr. Carlson. Erika Falk, a political scientist, found this trend for the women presidential candidates she studied too: “women had their families mentioned on average once in every five articles,” Falk noted, whereas the men’s families “were mentioned about half as often.” She found that “on average, women’s honorary titles were dropped in 32 percent of the references” in four of the races she examined, where the “rate for men was just 11 percent.”[1] Falk also registered a greater quantity of “physically descriptive information gathered for women candidates” that she categorized as including references to their appearance, attire, attractiveness, age, and stature.[2] The press coverage of Carlson’s campaign fit these trends too. She was described alternately as a “frail” forty-two year old, a “pert 41-year old…brunette,” a “youthful, energetic holder of a doctor of philosophy” who appeared in a “jaunty summer dress,” and “an attractive women in her thirties” who had “flung her chic hat into the vice presidential race.”[3]

In the German language paper, Milwaukee Deutsche Zeitung, an editorial titled, “Pretty Woman” managed to address some substantive issues but it also opened and closed with sexist assertions. “Republican and Democratic candidates like Harry Truman, Thomas Dewey, Earl Warren, take their wives with them on their campaign trips,” it began, “in order to show them off and in order to make an impression upon the male electorate.” But, the Zeitung argued, “the group which is in the field under the name of the Socialist Workers Party has gone a step further and has put forth a woman as candidate for the vice-presidency.” In the final paragraph of the report the editors comment, “Mrs. Carlson, it must be acknowledged, is unusually presentable—despite her Doctor’s degree. In view of her charm, her party should put her forward as the presidential candidate, and instead of putting party platforms into the hands of the voters, they should put her picture in their hands. Millions of votes would thus be cast for her.”[4] This chauvinist framing of the piece undermined the legitimacy of Carlson’s candidacy.[5]

Such sexist attitudes were ones Carlson confronted all along the campaign trail, including her being asked about the “great many cooking recipes” she picked up as she traveled around the country. The assumptions about gender present in the press coverage of Carlson that I have uncovered—and in that of other women candidates from Victoria Woodhull to Hilary Clinton that have been analyzed by Falk—have reinforced the message that women are not viable candidates for high office. The overt attention to appearance, age, attire, and marital status may have diminished somewhat since 1948 but the underlying message that woman are unelectable stubbornly remains, as the failure of Elizabeth Warren’s presidential bid seems to show.

Kamala Harris has been able to break through this final barrier of “viability,” at least when it comes to the vice presidency. She has become the first woman to be elected to that office and hopefully, as she asserted, she will not be the last. 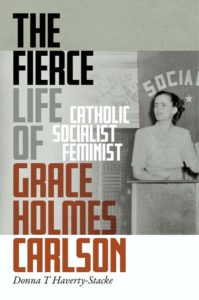 Donna T. Haverty-Stacke is Professor of History at Hunter College and the Graduate Center, CUNY, where she teaches courses in U.S. cultural, urban, labor and legal history. Haverty-Stacke is the author of America’s Forgotten Holiday: May Day and Nationalism, 1867 – 1960 (NYU Press, 2009) and Trotskyists on Trial: Free Speech and Political Persecution since the Age of FDR (NYU Press, 2015) and co-editor with Daniel J. Walkowitz of Rethinking U.S. Labor History: Essays on the Working-Class Experience, 1756 – 2009 (Continuum, 2010).