On November 4, 2008, I was lying in a hospital bed, on bed rest while pregnant with my twin daughters, watching the election coverage that first delivered the elated news of President Obama’s win, followed by the heartbreak that Californians had passed Proposition 8, inscribing a ban on same-sex marriage in the state constitution. On June 26, 2015, I awoke to a celebratory text message from the National Center for Lesbian Rights that the U.S. Supreme Court had declared a nation-wide fundamental right to marriage for all couples, same-sex or different sex, and had the joy of explaining what this meant to my now 6 ½ year old daughters. Quite literally, the world shifted in the time it took them to reach first grade. 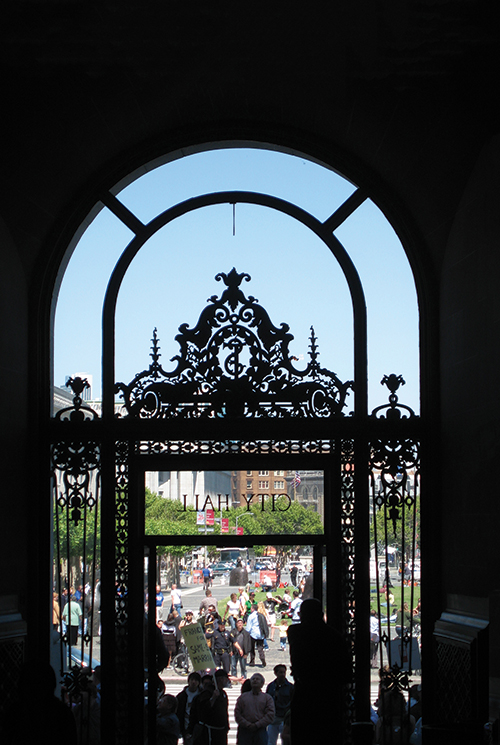 It’s safe to say that the dizzying pace of change in the world of same-sex unions was unexpected by those on both sides of the issue. What seemed like a distant goal in 1996 when I first started researching LGBT family rights, in the wake of the Defense of Marriage Act, is now so commonly accepted a truth that government buildings across the country—not just in my home town of San Francisco—have shrouded themselves in rainbow lights to commemorate the landmark Obergefell ruling. So much so, that to my daughters and their classmates, the idea of denying same-sex couples the right to marry doesn’t even register as a reasonable possibility.

But equally as surprising as the pace of movement on the legalization of same-sex marriage, is the ultimately conservative rationale and vision of family and partnerships on which both recent decisions by Justice Anthony Kennedy rest. Kennedy’s florid prose holds that “[t]he lifelong union of a man and a woman always has promised nobility and dignity to all persons, without regard to their station in life…Rising from the most basic human needs, marriage is essential to our most profound hopes and aspirations.”

Kennedy is correct in asserting that expressly excluding same-sex couples from the right to marry does them dignitary harm; I’ve found this to be the case for the hundreds of couples I interviewed and surveyed on the topic in my own research, as have other scholars and activists. However, to elevate the aspirations of those who wish to marry above those who choose to couple or do family and romance in other ways, entrenches a deeply conservative value—one that the proponents of the Defense of Marriage Act, Prop 8, and other anti-gay measures hold dear, ironically.

While Kennedy is careful to state that marriage need not involve a nuclear family with children, he does not leave much room for the myriad family and relationship forms that we now know some Americans choose—unmarried cohabitation, polyamory, or single parenthood, to name just a few.

In short, the conservatives who fought for so long to “protect” marriage should be thrilled by Justice Kennedy’s sweeping affirmation of the importance of marriage as “a keystone of our social order” and “building block of our national community.” Indeed, these couples who undertook a years-long, expensive, taxing legal battle to enter the institution of marriage do far more to affirm it than do the rapidly increasing numbers of heterosexuals who have given up on marriage, and chosen to do family and romance without it.

It remains to be seen whether those—gay, straight, bi or trans—for whom dyadic marriage has no appeal take up the cause as fervently to extend the material benefits that accompany it in future legal and political actions. When they do so, one can only wonder whether they will find an ally in Justice Kennedy.

Kimberly D. Richman, author of License to Wed: What Legal Marriage Means to Same-Sex Couples (NYU Press, 2014) and Courting Change: Queer Parents, Judges, and the Transformation of American Family Law (NYU Press, 2009) is Associate Professor of Sociology and Legal Studies at the University of San Francisco.