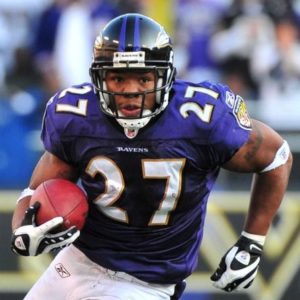 The surveillance video footage released this week that depicts professional football player Ray Rice rendering Janay Rice unconscious with a single punch seems to have evoked a fairly unified opinion of Mr. Rice’s actions and how he should be sanctioned. It appears most of the public sentiment about Mr. Rice’s brutal actions is condemnation of the assault. These denunciations came in the form of calls for Mr. Rice’s permanent ousting from the National Football League and for Rice to be criminally prosecuted and incarcerated​—all of which satisfy standards of punishment in U.S. society.

Although already sanctioned months ago by the NFL commissioner with a two-game suspension after the release of a video that captured images after the assault took place, the commissioner and Baltimore Ravens management levied heftier sanctions. The collective public cheer for the swift actions of Ravens management and the NFL to, respectively, release and suspend Mr. Rice is welcomed in the wake of the often racially divided responses to last month’s shooting death of unarmed Black teen Michael Brown by white police officer Darren Wilson in Ferguson, Missouri. As a scholar and activist who critically interrogates the roles and impacts of race, gender, and socioeconomics on crime, criminality, and criminal legal procedures, I am pleased the NFL is no longer maintaining its complicity in Mr. Rice’s violent actions toward a person he presumably loves.

Aside from my personal concern for gendered violence, which overwhelmingly finds girls and women as the targets or victims of this form of transgression, this case seized my attention because of my research that especially focuses on the intersecting role of race, gender, and socioeconomics in the manifestation of and responses to intimate partner abuse and violence. The tactics used by abusers to control and harm their mates (and their children) have little variance across race, culture, and class; what frequently varies are responses by victims, family and friends of the couple, legal system officials, and factions of the general public because of distinct sociocultural views, values, and customs.

I have read and heard recent comments about Mr. Rice referring to him as a monster, an animal, and a “piece of shit.” Whether there is video documentation or not, I wish that assaultive behaviors like Mr. Rice’s​—by men of any race​—would always produce such a visceral reaction by others and I hope the average person is always disturbed by abuse and violence subjected on girls and women by their so-called partners.

There is, however, a minority who essentially supports Mr. Rice’s actions because of a perception that Ms. Rice slapping at or spitting on Mr. Rice was provocation or justification for Mr. Rice’s assault. In my research, victims are placed at the center of the analysis and I view them as the experts in their lived experiences. This must also be the way we consider the present case. The brutality against Ms. Rice must remain central to this case, but only to the extent that she is not blamed for Mr. Rice’s actions. Furthermore, that the couple married after the assault is not to be judged by those who are not privy to Ms. Rice’s experiences and emotions. Many women remain in relationships with abusive mates for a variety of reasons, and it behooves uninformed purveyors of this case to educate themselves on the virtual entrapment of women subjected to abuse by their intimate partners.

Those who victimize others must also be placed at the center of the analysis. However, deeming Mr. Rice a monster, an animal, or a “piece of shit,” serves no one. This labeling is a copout. To simply call Mr. Rice a monster​—just as is done with serial and mass murderers​—is easy, because doing so distances the abuser from the “regular guy,” and explaining abusive and violent behaviors without tenuous biological or supernatural explanations is complex, confusing, and messy. But we must reflect on the social and cultural mechanisms of our society that instill and preserve violent and controlling behaviors in our boys.

Once we recognize and acknowledge sociocultural explanations for abuse and violence, we are forced to acknowledge our role as a society in creating these “monsters.” Indeed, we know that many regular guys are abusers. The regular guy who abuses girls and women often operates in clandestine locations (such as the home) or his behaviors are known or seen by others who do not or cannot confront the regular guy’s abusive behaviors. But some regular guys who violate others are exposed. Ray Rice, in effect, is a regular guy.

I also believe aiming the mirror on society’s self will push us toward a criminal legal system that rejects ineffective punishment and banishment methods and adopts a system focused on accountability, healing, restoration, rehabilitation, and treating each other with humanity. To be sure, this notion is the basis of President Obama’s My Brother’s Keeper initiative that seeks to ensure boys and young men of color are provided with the resources necessary to realize socially productive and healthy lives. Although the initiative has been duly criticized for overlooking analogous plights faced by girls and young women of color, it has generally been accepted as “the right thing to do” to provide boys and young men of color with equal opportunities for success as their white counterparts.

Thus, even as a Black feminist criminologist who knows, works with, advocates for, and gathers personal stories from women victims of intimate partner violence, I promote and believe in a restorative and transformative approach that does not desert the abusive and violent men that our society has produced. These abusive men were once harmless young boys, but were ultimately “trained” by the best to become violent and controlling. They were trained by the gendered customs that are permeated throughout our society and have been transmitted through the generations for generations. Today’s abusive men were schooled in social scripts that trained them that girls and women are inferior to males; therefore, it is their right as men to control “their women” in any ways they see fit. This patriarchal training program spans a broad range of abusive and controlling behaviors, some of which involve blatant physical violence and others that result in discriminatory employment, legal, and social policies that suppress girls and women.

As the sports-based saying goes, “don’t hate the player, hate the game.” Ray Rice is not a rare, unexplainable creature, and Janay Rice is not to blame. Ray Rice must be held accountable for his actions, but we must also place universal blame in the societal norms that social institutions and members of our society continue to espouse, and that too many men (and some women) are too complacent with and too fearful to abandon.

Hillary Potter, a resident of Denver, Colorado, is a professor in the Department of Ethnic Studies at the University of Colorado at Boulder. She is the author of Battle Cries: Black Women and Intimate Partner Abuse (NYU Press, 2008).

2 thoughts on “Not a monster: Society’s creation of men who use violence”