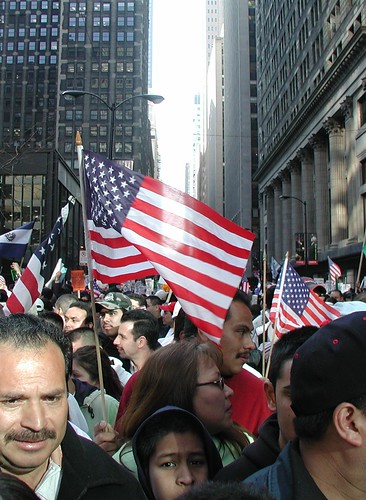 The stars and stripes signify a national flag that changes and grows along with the country itself. The number of stars are tied to the number of states in the Union. As the Unites States acquired more states, so too the flag its stars.

Besides being a territorial and national marker, Testi makes clear that the flag is a kind of national, secular sacrament, a quasi religious, tangible object demanding faith, worship and sacrifice around which a disparate community seeks to find unity. There are ceremonies and creeds and holy days and rubrics that have clustered around the “sacred emblem”. The historical roots to these observances show that of course America was not born with an intact flag cult. It developed over time.

To read more of Testi’s writing on American history and nationalism, check out his other NYUP blog articles: