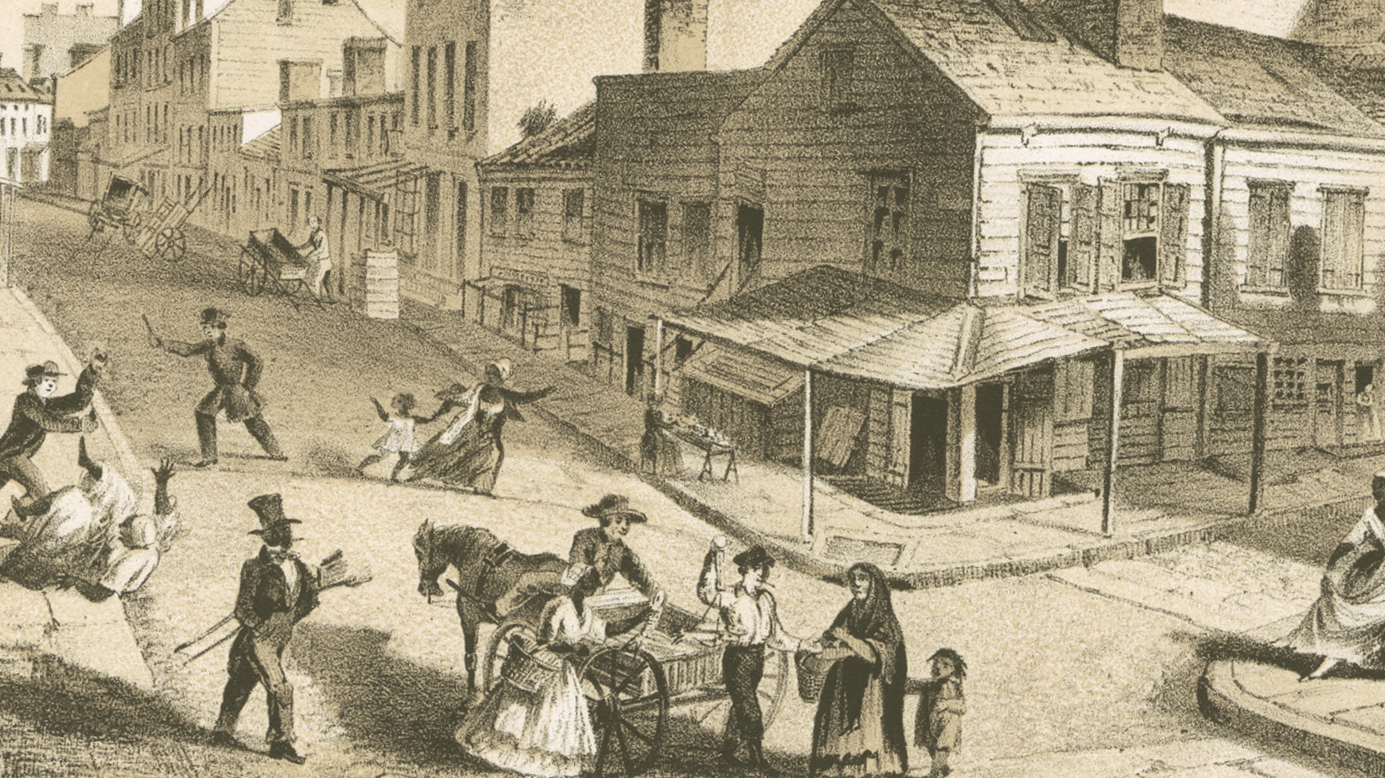 From vagrancy laws to anti-camping statutes, the United States has a long history of proscribing the subsistence activities of impoverished people. Is it finally moving toward the decriminalization of homelessness?

One night in January of 1837, a man by the name of Wilcox was “found” by one of Philadelphia’s night watchmen “nearly frozen…sleeping upon a snow bank.” The watchman arrested him, and Wilcox was sentenced to thirty days in jail for vagrancy. Five years earlier, a woman named Unis Maria Quin was arrested for “wandering about the streets without a house.” A decade before that, in New York City, “a small boy” named James McCoy was arrested after being found asleep “in a sandbox” because he had “no place to live.” One hundred and seventy years later, Robert Martin, Lawrence Lee Smith, Robert Anderson, Janet Bell, Pamela Hawkes, and Basil Humphrey received citations from Boise, Idaho police for “the use of public property as a temporary or permanent place of dwelling” and use of public property as “a camping place.” No particular ties bind these individuals to each other, and their arrests were quotidian—nothing more than single line entries in jail dockets. But they are examples of experiences shared across centuries, linked by legal processes that have actively punished those experiencing poverty and homelessness.

In the eighteenth and nineteenth centuries in the United States, laws against vagrancy—which were borrowed from English precedent in the colonial era, defined a vagrant as a person who was homeless, poor, a beggar, and/or a transient, and criminalized many of the activities that people experiencing poverty needed or chose to carry out in public. These laws restricted the movement of “wanderers,” many of whom traveled in search of work, to prohibit them from seeking aid derived from taxpayer-funded poor relief dollars. Much of this legislation sought to deter people from becoming dependent upon public relief, assuming that poverty most often resulted from a lack of personal industry or a peripatetic personal nature. Welfare statutes and vagrancy laws effectively made it illegal for “poor people” to move “from one county to another,” as one Maryland statute from 1811 phrased it. New York’s 1820s vagrancy laws called for the arrest of people “wandering abroad and lodging in taverns, groceries, beer-houses, out-houses, market-places, sheds or barns, or in the open air,” while Pennsylvania’s targeted “persons who shall come from any place without this commonwealth to any place within it…and shall follow no labor, trade, occupation, or business, and have no visible means of ‘subsistence.’” Individuals who fit any of these categories were considered vagrants and sentenced to anywhere from a few days in jail to months spent in prison. Some estimate that there was a daily average of as many as fifty thousand people classified as vagrants in New York City during the 1840s.

Long before the word vagrant conjured up a Great Depression-era rail-riding hobo, it denoted people who were homeless, who traveled in search of work, who had escaped from the bonds of slavery and lived as fugitives, and who otherwise struggled to subsist independently. In the popular imagination, vagrants are often assumed to be white men on the fringes of society, perhaps suffering from alcoholism, mental illness, or some other malady. In reality, from the vagabonds of the nineteenth century to the housing insecure and impoverished of the twenty first century, individuals who the law has categorized as vagrants have always been a diverse group of men, women, and children working toward survival. According to the data I collected for my book, Vagrants and Vagabonds: Poverty and Mobility in the Early American Republic (NYU Press, 2019), in Philadelphia in the early nineteenth century, nearly half of convicted vagrants were women, and nearly half were African American. Children were also frequently charged with vagrancy.

Untold numbers of Americans were arrested for living their lives outdoors before vagrancy laws were declared unconstitutional by the Supreme Court in 1972. But that did not, of course, stop municipalities from instituting laws that punished the same statuses and behaviors under different categories. Since then, statutes punishing loitering, panhandling, and camping on public land filled the void left by vagrancy laws. Towns and cities found new ways to move the subsistence activities of people experiencing poverty out of the view of the public, while some even pawned the fiscal responsibility for poor transients off on other municipalities by issuing “move along” warnings and bussing people across town, county, and state lines. A study conducted by the National Law Center on Homelessness and Poverty found that, as of 2016, about half of 187 cities they studied prohibited loitering, a quarter had laws that prohibited sleeping in public places, and more than a third prohibited living in vehicles. Between 2006 and 2016, bans on sleeping in public increased by 31%.

And yet, just a few months ago, in September of 2018, in the case of Martin v. Boise, the Ninth Circuit Court of Appeals issued a federal ruling that municipalities’ efforts to criminalize sleeping outdoors constituted cruel and unusual punishment, violating the Eighth Amendment. This ruling, which overturns what many advocates for housing insecure people have long called a violation of the constitutional rights of the homeless, marks a dramatic shift in centuries-old policies that criminalize the subsistence activities of people experiencing poverty. While this is a watershed moment in the fight to end statutory punishments for homelessness, its scope is still narrow: the ruling only covers nine states, and does not address punishments for loitering, panhandling, and other subsistence crimes. Nationwide, rates of homelessness continue to rise. More than a million children enrolled in American public schools lack stable housing. But there are suggestions, such as recent efforts by the city of Philadelphia to increase its aid provision and outreach to people experiencing homelessness, including a statement from Mayor Jim Kenney that the city will not “arrest people for being homeless,” that policy change may finally be on the horizon.

The battle over homelessness and the legality of the subsistence activities of people experiencing poverty continues. There are, of course, nuanced differences between the vagrancy prosecutions of the nineteenth century and the loitering and public camping violations of the twenty first, but the impact that each have had on the populations of those experiencing homelessness is, in many ways, functionally the same. The continuity in the history of vagrancy and anti-poverty policing demonstrates how completely ineffective punitive policies criminalizing homelessness have been at decreasing rates of poverty and housing insecurity. The Martin v. Boise ruling is a catalyst for individual cities and courts across the country to distance themselves from the centuries-old policies to which they have long adhered that have left people experiencing homelessness in jail and in the cold. 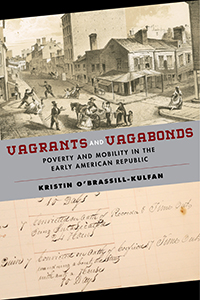 Kristin O’Brassill-Kulfan is Instructor in the Department of History at Rutgers University.