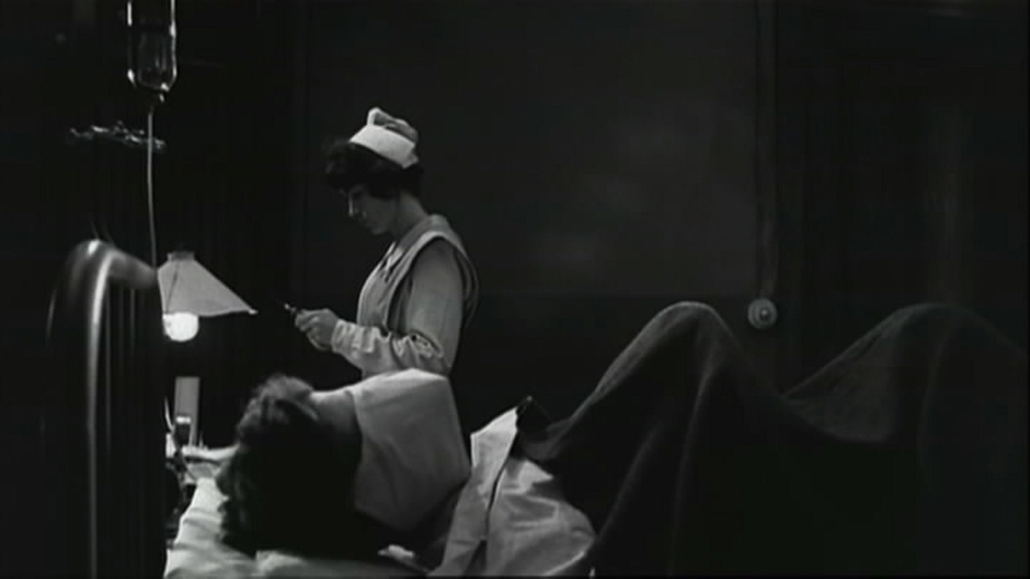 I’m interested in writers’ notebooks. Mine aren’t so much diaristic, but rather working lists, larval thoughts, production notes for films that will never be made. Notational collage of this sort helps me to unpack problems of method and composition, form and content, the categories and concepts employed in dialectical thought.  Sometimes the levity of such notebooks’ contents betrays the grim context of their composition. The notebook that informed the first three chapters of The Black Radical Tragic contains five pages of dragonfly sketches, composed in Kasos, Greece as my friends and I watched nightly the bombing of Libya across the sea. Other occasions, they include the random traces of unshakeable friendship: the notebook for the second half of my book includes a listing of maritime themed cooking ware sold at the local fishery in St. Andrews, Scotland across from the Medieval History Institute where my colleague and I daily worked. Here is an entry that I found and wrote around on Dalton Trumbo’s “banned book” Johnny Got His Gun, amongst other things.

I think a lot about totality—the thinking of wholes as wholes, the thinking of wholes as wholes as a kind of prerequisite and precondition for thinking. In a Marxian and Hegelian framework, totality functions to wed theorizing about the existing mode of production with employed categories of social reflection. Rigorously “historicize” the what you are thinking about (the object of analysis) alongside the how you go about such thinking (the categories of reflection). Categories are dialectically interrelated to one’s object of study—what I refer to in my book by way of Santiago Colás’s work on C.L.R. James as “thinking about thinking”:

Dialectical thinking is thought to the second power, a thought about thinking itself, in which the mind must deal with its own thought process just as with the material it works on, in which both the particular content involved and the style of thinking suited to it must be held together in the mind at the same time.

What follows are a few suggestions for future inquiry that thinks the whole of totality alongside the severed wholes of Dalton Trumbo’s famous anti-war novel (severed in its serialized delivery as well as its protagonist’s mutilated state and sensory loss). I find it helpful to juxtapose Trumbo’s words with an understudied volume of poetry published by Black Panther Party members Huey P. Newton and Ericka Huggins. Rather than an expository exercise, what follows constitute a speculative outline for a film. A presentation of stills and sequences generated via words and images that can be arranged and re-arranged, added on, and discarded– The commencement of some suggestions for future work.

In the same year C.L.R. James released his classic analytical history of the Haitian Revolution, The Black Jacobins, (1938) screenwriter and novelist Dalton Trumbo wrote his iconic anti-war novel Johnny Got His Gun, serialized in the communist publication The Daily Worker in 1940. The book famously chronicles the tribulations of protagonist Joe Bonham, a World War I solider that suffers mutilation of all his limbs and loss of his senses from an artillery shell strike. The story toggles between initially un-disclosed as such flashbacks from Bonham’s Colorado upbringing (the reader alongside the protagonist slowly comes into her awareness that these are indeed flashbacks and not the real-time of the novel’s progression), meditations on war and ruling class willingness to put everyday people in harm’s way, and the grisly, slow, arrival at the self-knowledge of loss of limb and sensory functions. The novel is ripe for critical re-visiting, especially in light of advances in the fields of cognitive science, disability studies, and contemporary understanding of the interlocking dynamics of semiotics, dream-work, war-induced trauma, and narrative.

In 1947 Trumbo refused to cooperate and testify at the House of Un-American Activities Committee. He took a principled stand against repressive governmental red-baiting of his colleagues in the film industry for their political sympathies and ties (alleged or actual) to the Communist party and more broadly, their active social justice commitments. Trumbo was part of the group famously known as “The Hollywood Ten”, consisting of screenwriters and directors persecuted for refusing to cooperate with the HUAC inquiry. He was incarcerated for 11 months and subsequently blacklisted, forced to not write under his name, submitting un-credited scripts when work was available. Contrast Trumbo’s principled resistance with film-director Elia Kazan’s complicity and compliance with the committee. He cooperated, named names. Kazan was rewarded with a long, successful, and above board career in filmmaking. Kazan’s betrayal (the converse of Trumbo’s principled noncompliance) still provokes. In 1999, I gleefully watched actor Nick Nolte refuse to stand and applaud for Kazan’s honorary Oscar Award. Despite the fact, that for me On the Waterfront remains top five, I applauded Nolte’s defiance—his stance as an unwillingness to stand. Film aesthetics and radical politics aside, I remain a Northern New Jersey native: a rat is a rat is a rat.

Johnny served as a flashpoint for the pacifist movement. In light of this reception and shortly after the 1941 German invasion of the Soviet Union, Trumbo made the decision to stopped pressing the novel until after the war. Trumbo was reacting to the work’s appeal to a certain isolationist tendency in the United States vis-à-vis the Second World War. This aspect of the novel’s publication history offers scholars a chance to think about the subordination of pacifist commitments alongside the subordination of anti-colonial struggle as a dual problematic of the United Front Against Fascism period.  Lots of battles were put on hold in the name of the larger war in this period. This sort of tactical self-censorship does in no way disqualify consideration of Johnny during Banned Books Week since it has consistently been sought after as an object to repress as well as in light of the political persecution of the author.

What follows is a speculative montage of sorts—a jump-cut consideration of how the literary and political considerations of Johnny Got His Gun speaks to problems of thinking the whole in radical thought. Not so much an expository exercise, but rather an outline in preparation for a future filmic montage, three sequences in preparation for a future. Parts/Whole, Whole/Parts: limited in movement, sans limbs, devoid of sight, hearing, and voice, “slipping way” Joe Bonham offers an opportunity to think about how to calibrate categories of reflection suitable to think about imperialist war. How to think about the dialectic as combination, severance, and re-combination? The first sequence, juxtaposes Trumbo’s character lack of sensory access to Marx’s theorization of sensory abundance brought forth by communism’s transcendence of capitalism as limit. In other words, reading Trumbo by way of Marx: the specific sensory deprivation Bonham suffers by way of injury from imperialist war is an exaggerated representation of the sensory deprivation par for the course of capitalism writ large. Peter Sloterdijk might frame this as a question of overlapping spheres. For Marx, prior to the revolution human beings cannot not fully hear, taste, touch, smell, and see. The second sequence, a speculative logic that sees Nick Nolte’s refusal stand as an act of solidarity with Trumbo’s character’s inability to stand– A gesture of solidarity in opposition to a political system that maims as political principle, whose logic-sense constitutes a threat and a constriction of humanity’s sensory-repertoire. And, The third sequence, a meditation on a Huey P. Newton poem’s by relationship to the political doctrine expounded upon in his memoir Revolutionary Suicide.

The sense-depravity of Joe Bonham by way of Johnny Got His Gun:

It was like a full-grown man suddenly being stuffed back into his mother’s body. He was lying in stillness. He was completely helpless. Somewhere sticking in his stomach was a tube they fed him through. That was exactly like the womb except a baby in his mother’s body could look forward to the time when it would live.

An image of the 1999 71st Academy Awards introduction by Robert DeNiro and Martin Scorsese presenting Elia Kazan with an Honorary Oscar. Juxtapose this with an image from the 1971 film-version of Johnny Got His Gun of its protagonist tapping out Morse code with his only remaining body parts: head/torso. Scroll onto the screen the words/laurels used to describe Kazan’s achievements next to their Morse code notation equivalents. Such words include: “psychological and behavioral truth (in acting)”, “poetic realist”, “angry romantic”, and “suppressed raging discontent”. Cut to a split screen image of still and somber (and slightly annoyed) Ed Harris and Nick Nolte not having any of this, refusing to stand and applaud juxtaposed with Kazan’s disoriented movements and utterance—Kazan exits stage by reciting what might generously be viewed as his Mea culpa: “I think I can just slip away.” “Just slip away” might be read here sympathetically as “just slip out of the way” and let the work remain:  A moment of late self-reflexivity, perhaps Kazan’s polite enactment of a sort of “revolutionary suicide”.

Johnny Got His Gun Joe Bonham requests, by way of head tapping Morse code, that his “diminished” body be displayed in a glass box on a world tour signifying the folly of war. Juxtapose Newton’s poem with a Roland Barthes type professor-figure/semiotician’s blackboard jottings deciphering Bonham in a box.

By explicitly naming “eastern” metaphysical and aesthetic themes, Newton’s poetry craft an internationalist agenda of Black revolutionary self-sacrifice—an aesthetic analog of multi-national coalition. He challenges the US reception of Chinese theoretical and aesthetic paradigms for how their reception is sometimes presented as a problematic iconicity devoid of political context, what Mao at Yenan (May 1942) lambasts as “hunting for novelty”.

Huey P. Newton’s self-sacrificial doctrine of “revolutionary suicide” (versioned as the first poem of the collection) is paradoxically undermined by the fourth of eleven poems—“I DIMINISH MYSELF”. “If I define myself as my thumb/ I deny myself my finger/If I deny myself my hand/I deny myself my arm/If I define myself as my arm/ I deny myself as my body/I deny myself my universe I diminish myself/I do not know enough about myself/because you do not know about yourself/Would you help me know/ I met someone/and he was a part of myself/that I did not appreciate/It is not that our ego is too large/the problem is that our ego is too small/Love is more constant than light.” While simultaneously protesting acts of diminishment and denial, Newton dismantles his own iconic status into its component corporal parts. Like Sergei Eisenstein’s praise of Japanese aesthetic practices in his book Film Form on the teaching of drawing that break cherry blossom sketches into its component parts as a way to teach dialectical linkage and the synthesis of quantity and quality, Newton’s volume of Mao inspired poems pattern its aesthetic form after a Mao-inflected Marxist philosophy: Project Newton’s “THE SUN IS RED”: “The sun rises in the East/we will make it set in the West/and it will also be red/The day will come/When I will not need insights anymore.” The last line of the final poem imagines the futility of ½ the volume’s Raison d’être in its declaration on the future uselessness of insights. Newton’s “Diminish” voluntary performs Bonham’s involuntary diminishment. The iconic Huey P. Newton chips away at his iconicity by breaking himself down to his component body parts. The book as a whole imagines the proliferation of insights until insights are no longer needed. “I might slip away”, but the works remain to be thought. The poetry endures as testament, as well as the novelistic trace of the unrealized pedagogic potential of Bonham in a box: a semiotic traveling time bomb disturbing the comfortable sleep of the War Pigs. One can still dream.

Jeremy Matthew Glick is an Associate Professor of African Diaspora literature and modern drama in the English Department of Hunter College, CUNY. He is the author of The Black Radical Tragic: Performance, Aesthetics, and the Unfinished Haitian Revolution (NYU Press, 2016).